A plume of moist air is forecast to continue dousing the northwestern region of the United States with heavy rain, flooding, mountain snow, and rough surf from northern California to the Pacific Northwest into the weekend. Hazardous travel conditions are likely, NWS warns.

Forecasters warned that even though this system will be short-lived, it could still cause disruptions and spawn flooding, mudslides, and snow over the mountains.

"Even though below-average rainfall has occurred in the Northwest this autumn, enough rain can occur with this setup to lead to isolated flash flooding and mudslides, especially along the western slopes of the Coast Ranges and Cascades into to Saturday," AccuWeather Senior Meteorologist Brett Anderson said.

"One limiting factor to the rain on this particular setup will cause the firehose of rain to gradually shift southward into Saturday, rather than linger in the same spot along the coast for days."

"The steady movement of the atmospheric river may be enough to avoid major stream and river flooding," Anderson added. "However, minor flooding of small streams and short-run rivers flowing out of the Cascades are likely."

By Saturday, December 21, the atmospheric river is likely to shift southward from Oregon to part of Northern California.

During the weekend, as the moist air continues to drift southward, it is most probably to weaken. However, even with the moving and weakening of the atmospheric river, rain can fall as far south as San Francisco and Sacramento, California, by Sunday, December 22.

An atmospheric river of moisture stretching from the tropical Pacific into the Pacific Northwest will continue to dump heavy rain and mountain snow into this weekend: https://t.co/s5XPPm1IHU pic.twitter.com/wmnlZKCs1J

GOES-West view of the atmospheric river pumping into the Pacific Northwest.

Not a classic connection to the upper low west of Hawaii. But a fairly decent AR, nonetheless.

Meteorologists refer to this type of atmospheric river happening right now, which extends all the way from the Hawaii to the US Northwest, as a “Pineapple Express.” I flew from Hawaii to Seattle in this "river" once and the plane was over a hour early due to favorable winds. pic.twitter.com/RuSiPaMTsq

The Siskiyou Summit along Interstate 5 may be spared from snow on the weekend.

However, snow or sleet may occur over Donner Summit late Sunday.

From Sunday to Monday, December 22 to 23, spotty showers are forecast to fall into Southern California.

Snow is not expected to cause travel disruptions across the southern part of the Golden State.

Some rain showers are likely in Los Angeles and San Diego late this weekend to early next week.

"During early next week, a weakened version of the tropical moisture and a storm system can combine to send rain and mountain snow inland over the interior West just prior to Christmas." 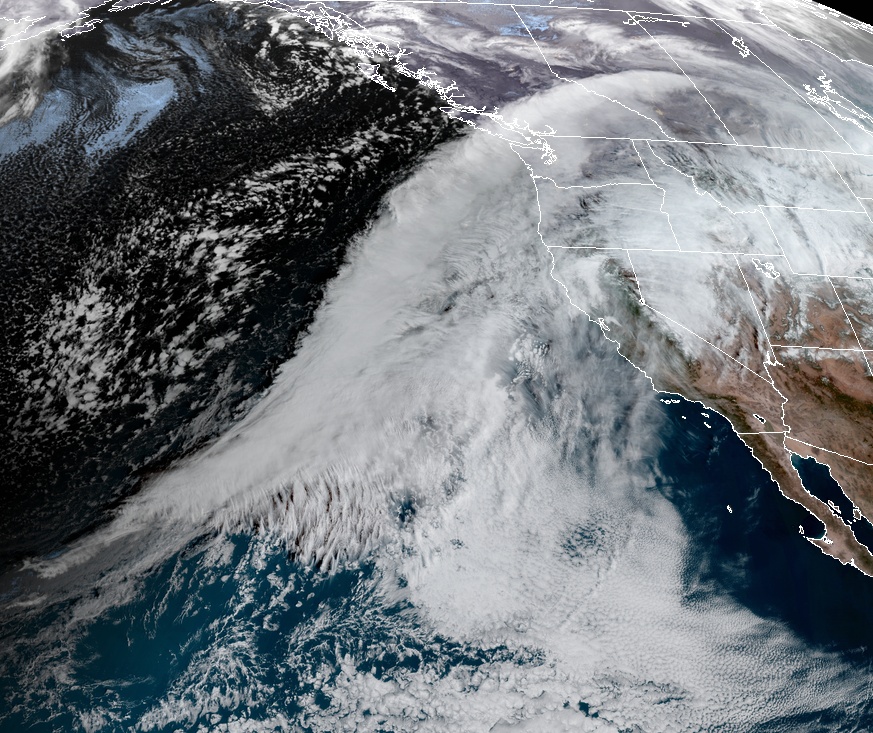