Tropical Cyclone Five (05A) over the Arabian Sea

Tropical Cyclone Five developed from an area of disturbed weather southwest of the Cape Comorin of India and became a Tropical Cyclone on November 26. It tracked to the northwest and strengthened briefly before encountering heavy wind aloft, and began to weaken. 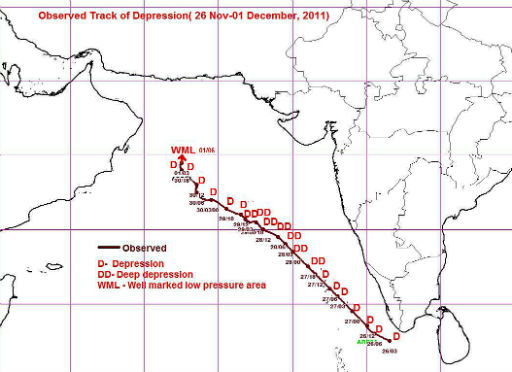 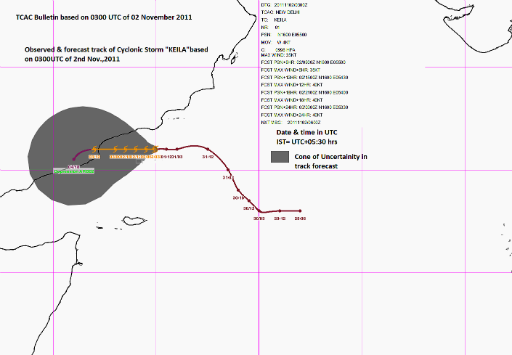 The Joint Typhoon Warning Center (JTWC) has forecast Tropical Storm 5A to turn to the southwest on December 1 as a result of a shortwave trough (elongated area of low pressure) that will push it in that direction. The trough will steer Tropical Storm 05A away from the Oman coast, and it is expected to dissipate by late in the day. 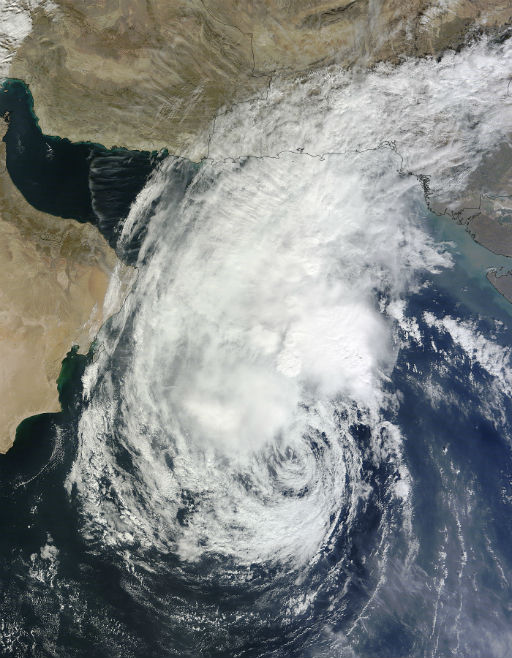 Indian Meteorological Departmen (IMD) in the latest bulletin from Dec 1st  stated that the depression over West-central and adjoining east-central Arabian Sea remained practically stationary and lay centered near latitide 19.5 and longitude 62.5 and it weakened into a well marked low pressure area over the same region. It is likely to weaken further into low pressure area during next 24 hours.