Tropical Cyclone "Shaheen-Gulab" made landfall between Al Masnaah and Al-Suwaiq, Oman, about 80 km (50 miles) WNW of the capital city of Muscat on October 3, 2021, with maximum sustained winds between 120 and 150 km/h (75 – 93 mph). Shaheen brought extremely heavy rains and waves up to 10 m (32 feet). Tropical cyclones have previously hit northern Oman, but none came as far west as this one.

Schools have been closed, flights suspended and thousands of people evacuated from coastal areas in Oman ahead of the storm. However, three people, including one child, died due to landslides and flooding ahead of landfall.

At least 6 people died in Iran, where infrastructure, including electrical facilities and roads, was damaged in Chabahar, Sistan-Baluchestan Province.1

Shaheen has brought torrential rains and flash flooding to a desert climate, in some cases dumping a year’s worth of rain or more in a single day.2

Total rainfall brought by the cyclone was expected to reach more than 500 mm (20 inches) in parts of the region.

While tropical cyclones have hit Oman previously, none came as far west as Shaheen-Gulab. Another unique thing about Shaheen is that it crossed the Gulf of Oman from northeast to southwest. All other cyclones affecting the northern coast of Oman arrived from the south rather than from the gulf itself.2 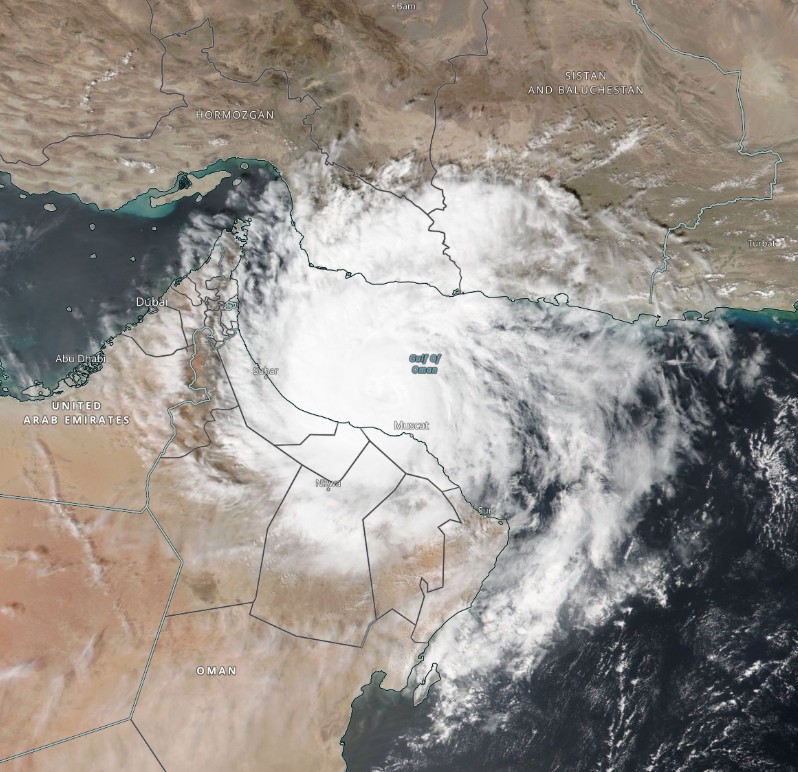 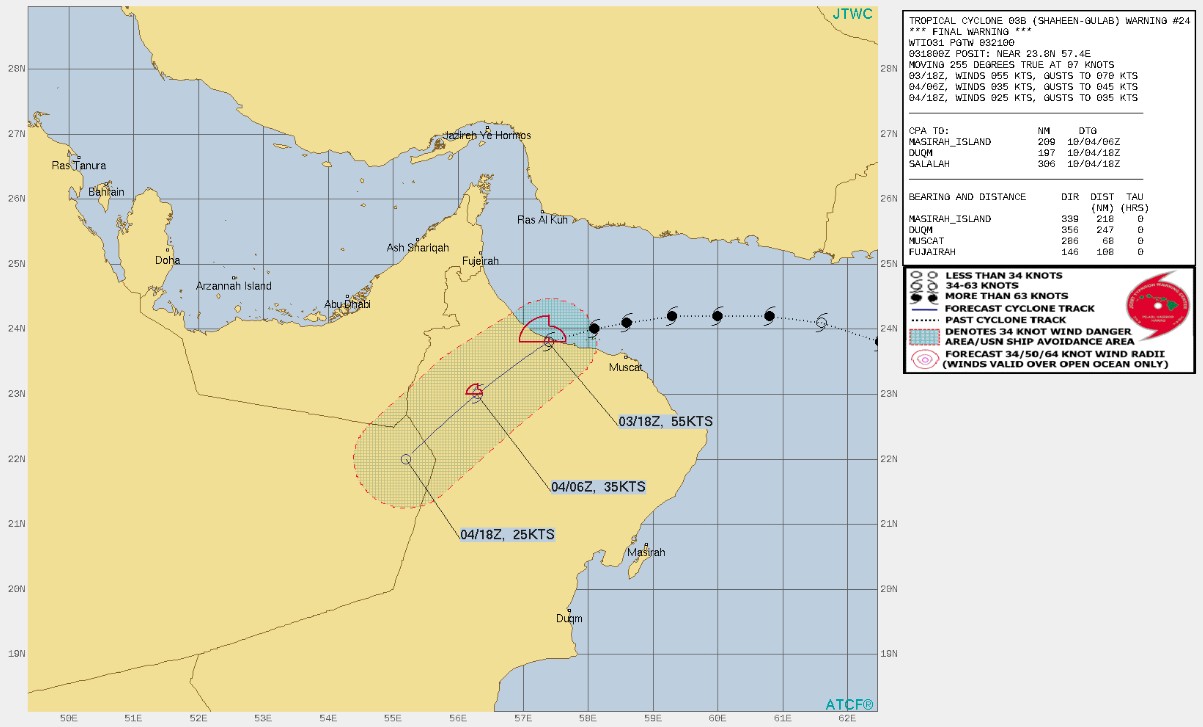