Lava continues to erupt from multiple vents along the floor and western wall of Kilauea's Halemaʻumaʻu crater since September 29, 2021. As of October 3, 2021, all lava activity is confined within Halemaʻumaʻu in Hawai’i Volcanoes National Park. Seismicity and volcanic gas emission rates remain elevated.

Sulfur dioxide (SO2) emission rates remain high and were approximately 14 750 tonnes per day on October 2, 2021, which is higher than the previous day. Seismicity is elevated but stable while summit tiltmeters continue to record deflationary tilt, the Hawaiian Volcano Observatory (HVO) noted in the latest update for the volcano.1 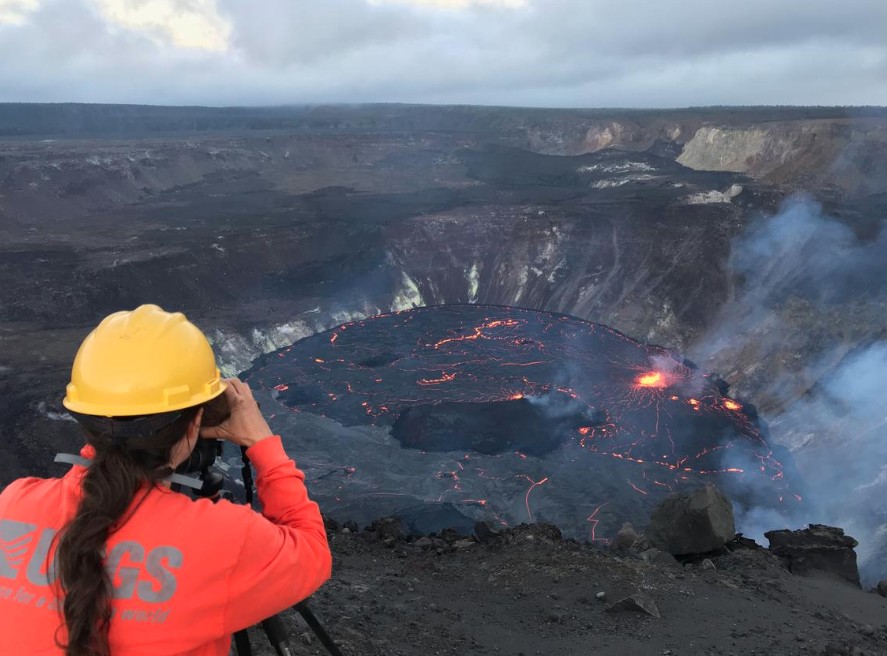 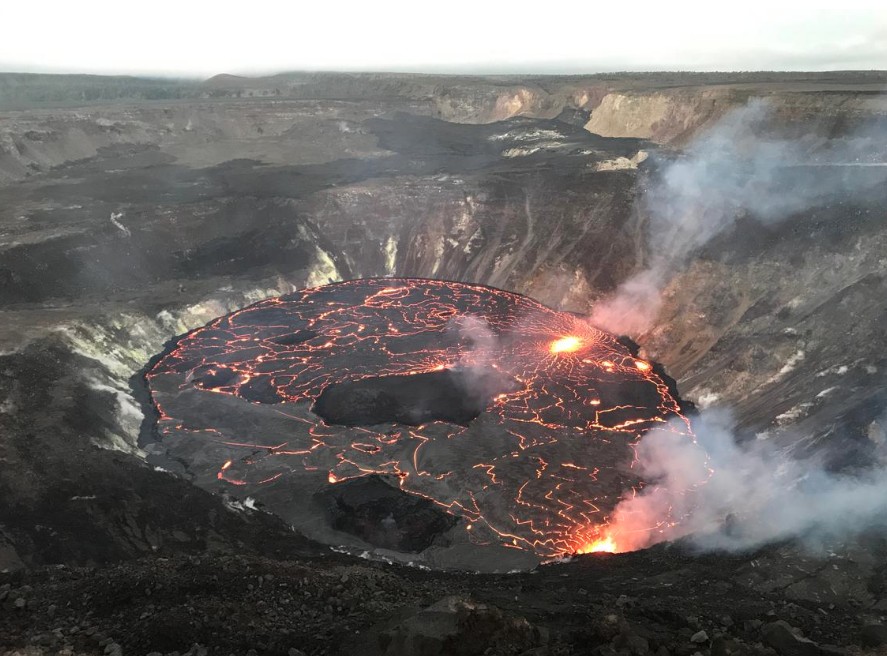 The west vent continues to be the most vigorous source, with sustained lava fountain heights of 10 – 15 m (33 – 49 feet). The lava lake has risen to the base of the west vent, around which a cone is being built.

Occasional fountain height bursts have also been observed over the past 24 hours.

Due to the location of vents, the lava lake is not level across its surface.

As of October 3, the west end of the lake is 1 – 2 m (3.3 – 6.6 feet) higher than the east end, and the south end is approximately 1 meter (3.3 feet) higher than the north end. Localized and discontinuous crustal foundering continues (a process by which cool lava crust on the surface of the lava lake is overridden by less-dense liquid from below causing the crust to sink into the underlying lake lava).

No unusual activity has been noted in the Kīlauea East Rift Zone. SO2 and hydrogen sulfide (H2S) emissions from Puʻuʻōʻō were below instrumental detection levels when last measured on January 7, 2021.

This new eruption at Kīlauea’s summit is occurring within a closed area of Hawai'i Volcanoes National Park. Therefore, high levels of volcanic gas are the primary hazard of concern, as this hazard can have far-reaching effects downwind.

As SO2 is released from the summit, it reacts in the atmosphere to create the visible haze known as vog (volcanic smog) that has been observed downwind of Kīlauea. Vog creates the potential for airborne health hazards to residents and visitors, damages agricultural crops and other plants, and affects livestock.

Additional hazards include Pele's hair and other lightweight volcanic glass fragments from the lava fountains that will fall downwind of the fissure vents and dust the ground within a few hundred meters of the vent (s). Strong winds may waft lighter particles to greater distances. Residents should minimize exposure to these volcanic particles, which can cause skin and eye irritation.

The Volcano Alert Level remains at Warning and the Aviation Color Code at Red.