Tropical Cyclone "Shaheen-Gulab" is expected to make landfall in northern Oman late October 3 or early October 4, 2021 (UTC), with maximum sustained winds near 130 km/h (80 mph). The cyclone formed from the remnants of Tropical Cyclone "Gulab" at 21:00 on September 30.

The cyclone is forecast to continue tracking generally WNW over the next 12 hours, then turn west and ultimately southwest over the next 36 hours.

The system is expected to make landfall along the eastern coast of Oman, near Sohar, JTWC said.

Sea condition is expected to be very rough over the coastal areas between South Al-Sharqiya to Musandam Governorates with maximum wave height between 8 and 12 m (26 – 39 feet).

In addition, storm surge might cause seawater inundation over low-level coastal areas. 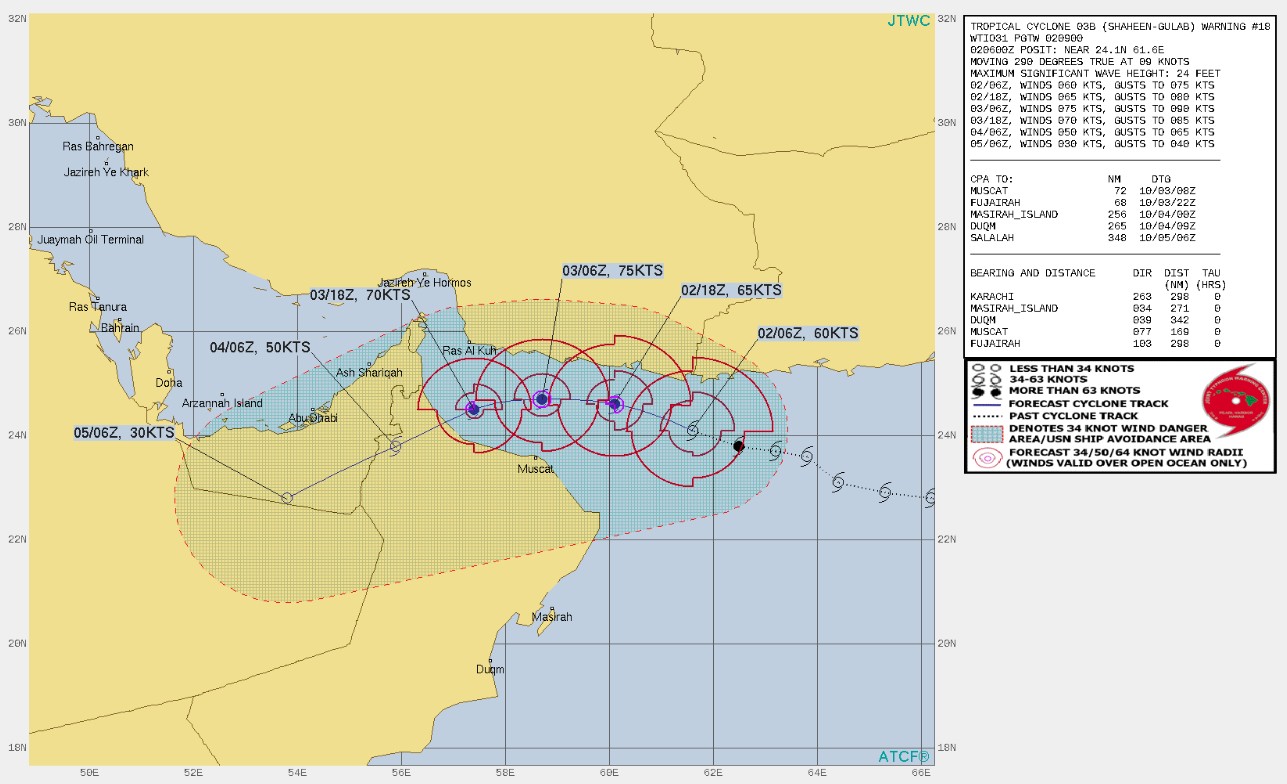 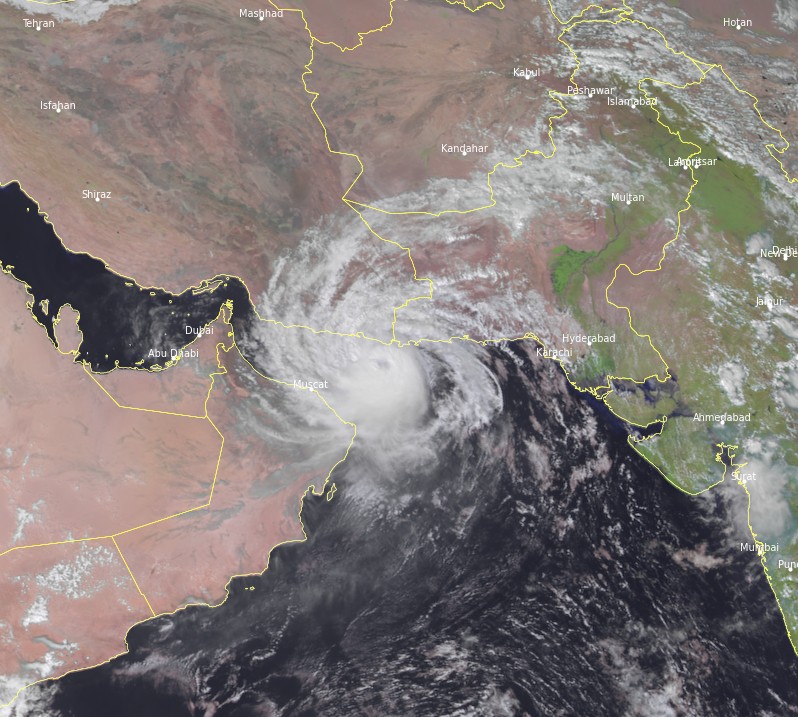 Shaheen formed from the remnants of Tropical Cyclone "Gulab" on September 30.

Before the remnants of Gulab entered the Arabian Sea on September 29, the storm caused heavy damage in Andra Pradesh and left several people dead.

Gulab downed trees, disrupted communications and electricity, and flooded buildings across the state. 282 mm (11.1 inches) of rain was registered in the city of Vizig, making it the 2nd wettest September on record, behind 2005. Two people in the city drowned.

As Gulab weakened into a deep depression, it entered Telangana and Chhattisgarh dumping enormous amounts of heavy rainfall, Weather.com reported.

In Telangana especially Hyderabad, flash flooding caused disruption in traffic and severe hardships to the residents. Two people were washed away by an overflowed stream. Because of the above situation, the government of Telangana declared a holiday for all government offices, schools, and institutions.