Tropical Cyclone "Gulab" formed in the Bay of Bengal at 15:00 UTC on September 24, 2021, as the third named storm of the 2021 North Indian Ocean cyclone season. The cyclone is moving W toward India with landfall expected on Sunday, September 26, 2021, over Andra Pradesh – Odisha border region.

The storm is expected to move nearly westward and cross north Andhra Pradesh – south Odisha coasts between Kalingapatnam and Gopalpur, as a Cyclonic Storm with maximum sustained wind speed of 75 – 85 km/h (45 – 53 mph) to 95 km/h (60 mph), by midnight of today (LT), September 26, 2021.1

The landfall process will commence from the late evening of today (LT), the India Meteorological Department (IMD) said. 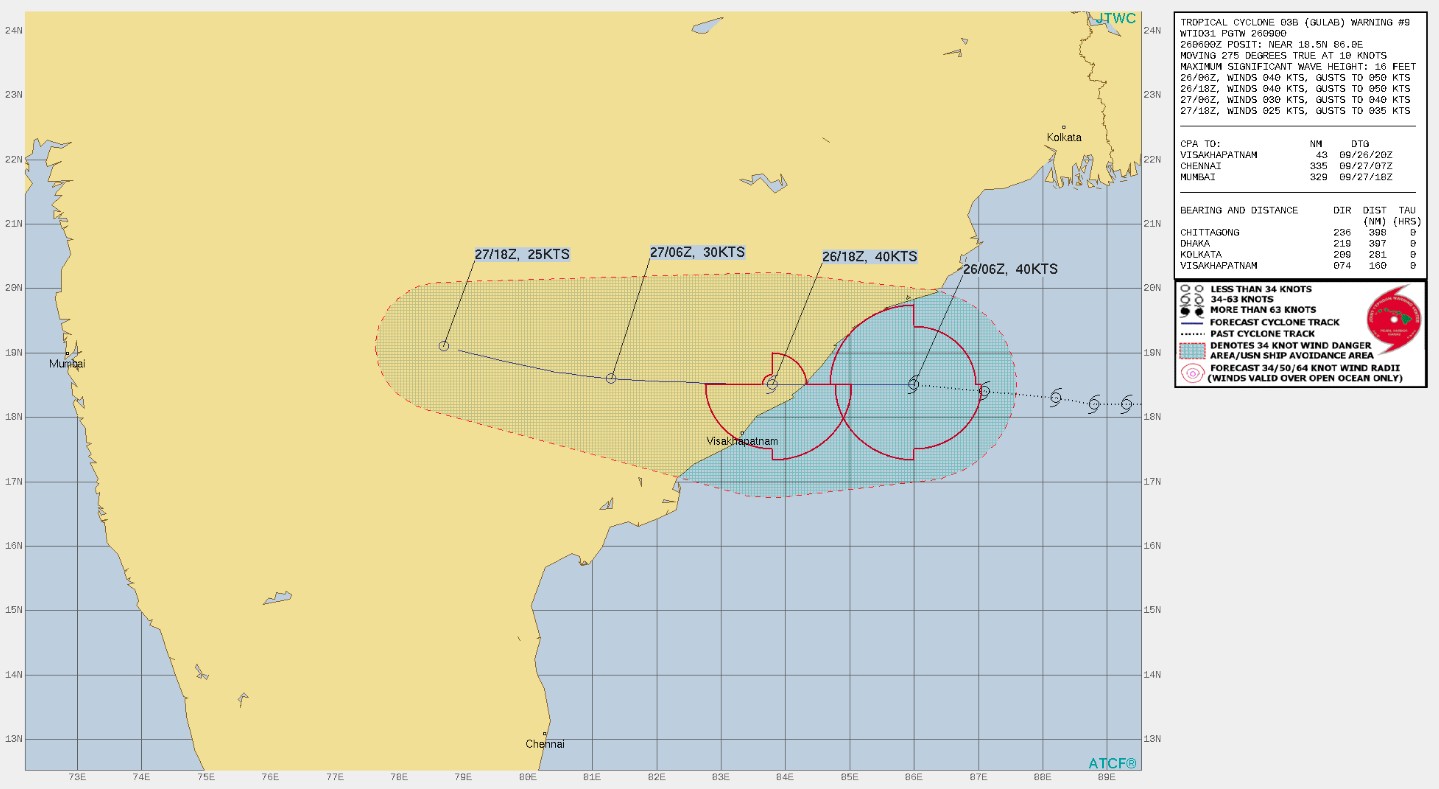 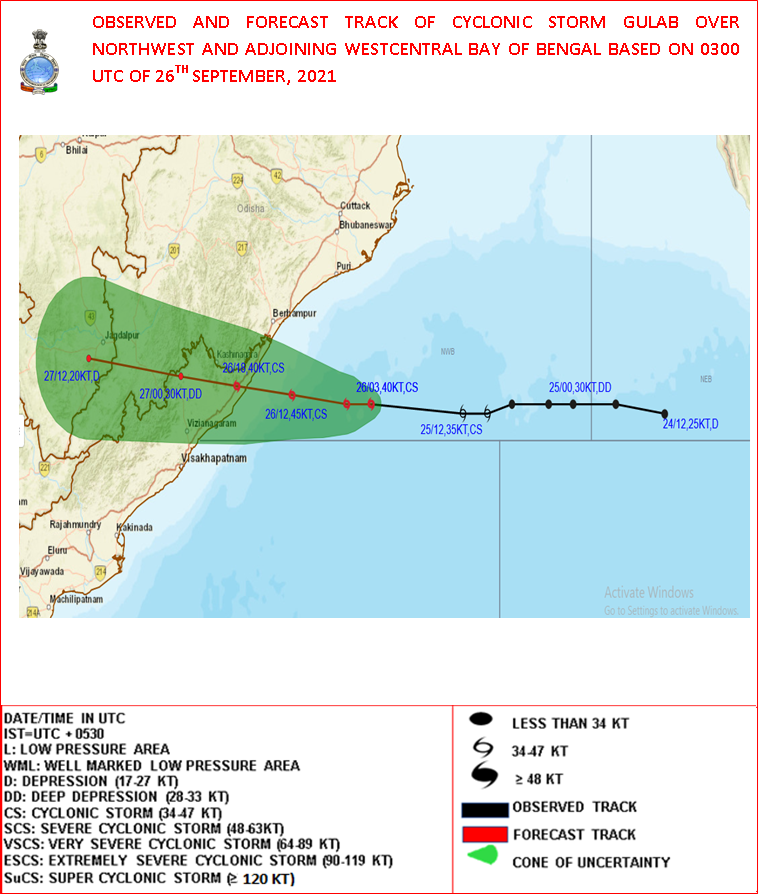 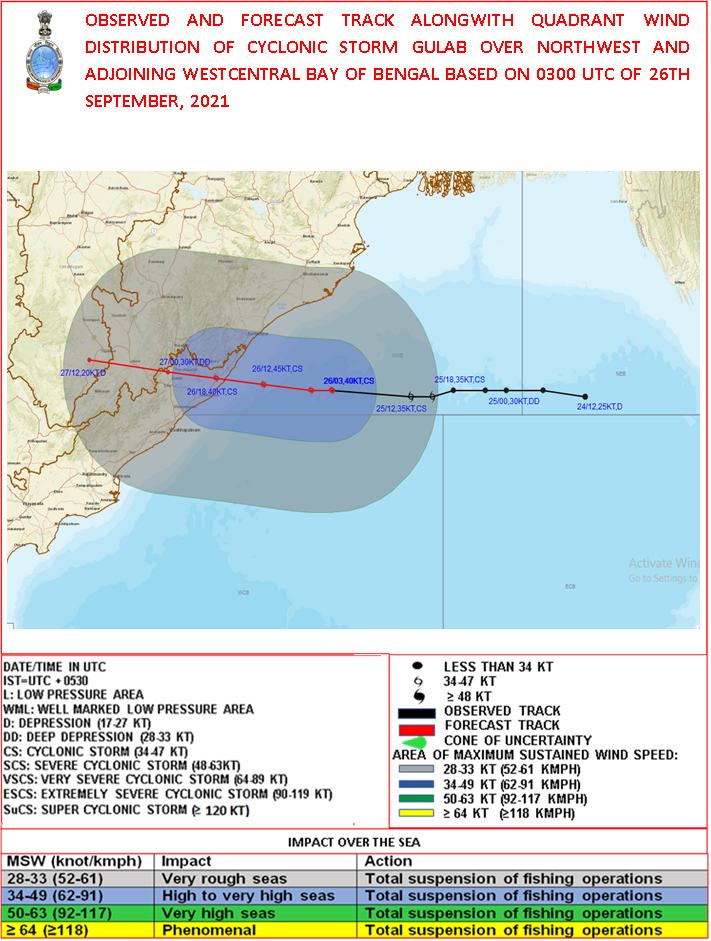 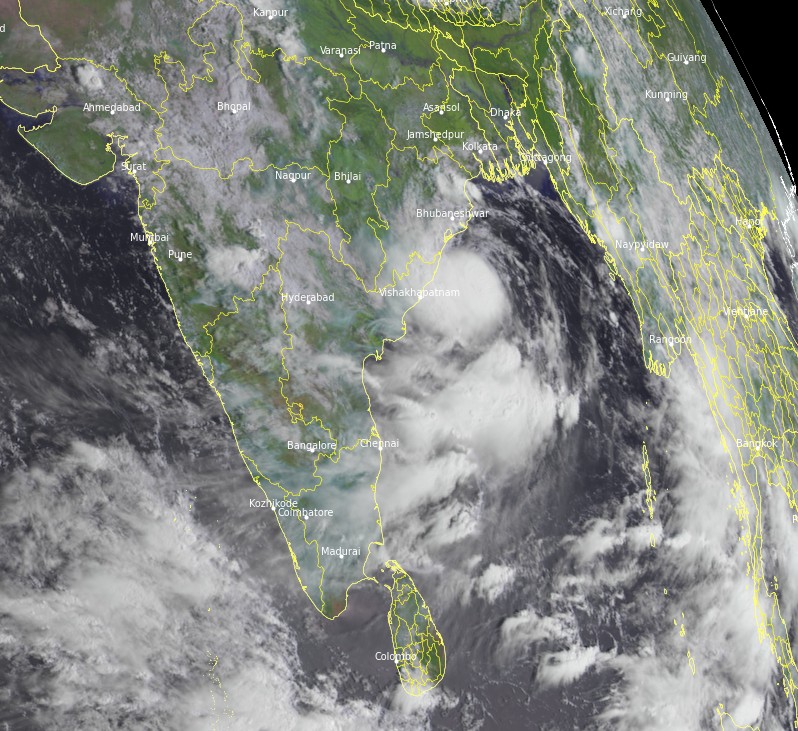 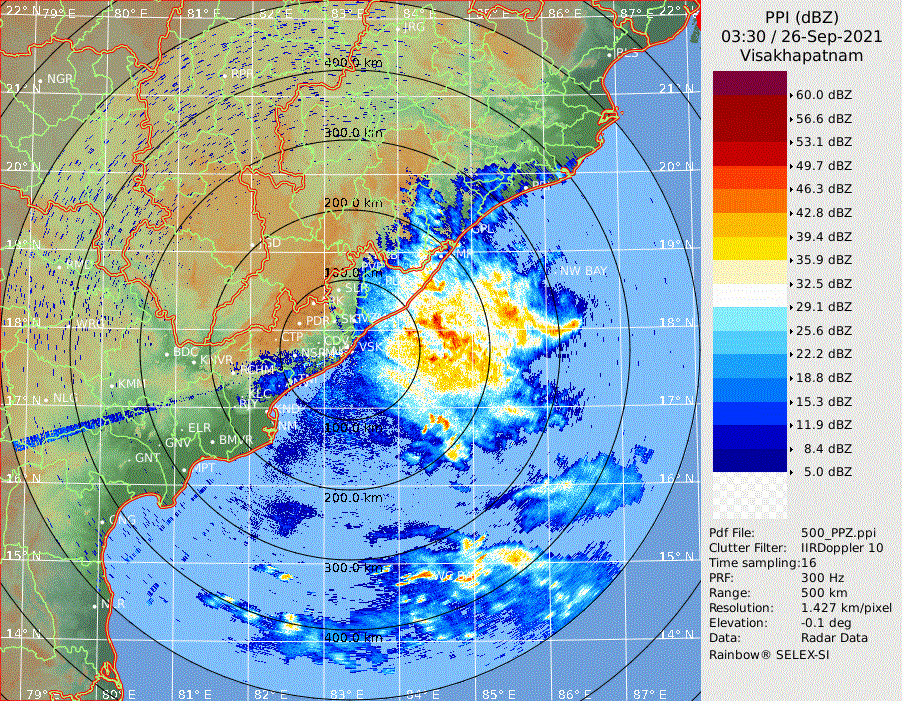 Light to moderate rainfall is expected at most places on September 26, with heavy to very heavy falls at a few places and extremely heavy falls at isolated places very likely over south Odisha and north coastal Andhra Pradesh.

Light to moderate rainfall is forecast at most places with heavy to very heavy and extremely heavy falls at isolated places very likely over south Chhattisgarh, Telangana, and Vidarbha on September 27.

Sea condition will be ‘high’ over Northwest and adjoining Westcentral Bay of Bengal and along and off Odisha, West Bengal, and North Andhra Pradesh till late night / early morning of tomorrow and improve gradually thereafter.

Sea condition will be rough to very rough over east-central and adjoining northeast Bay of Bengal on September 26.

Storm surge warning: Tidal wave of about 0.5 m (1.6 feet) height above the astronomical tide likely to inundate low-lying areas of Srikakulam, Vizianagaram, Ganjam districts during the time of landfall.

After the landfall, the system is likely to maintain the cyclonic storm intensity with a slight weakening of wind speed during the subsequent 6 hours over south Odisha and adjoining north coastal Andhra Pradesh.

Gulab is expected to weaken gradually into a Depression during the subsequent 12 hours.