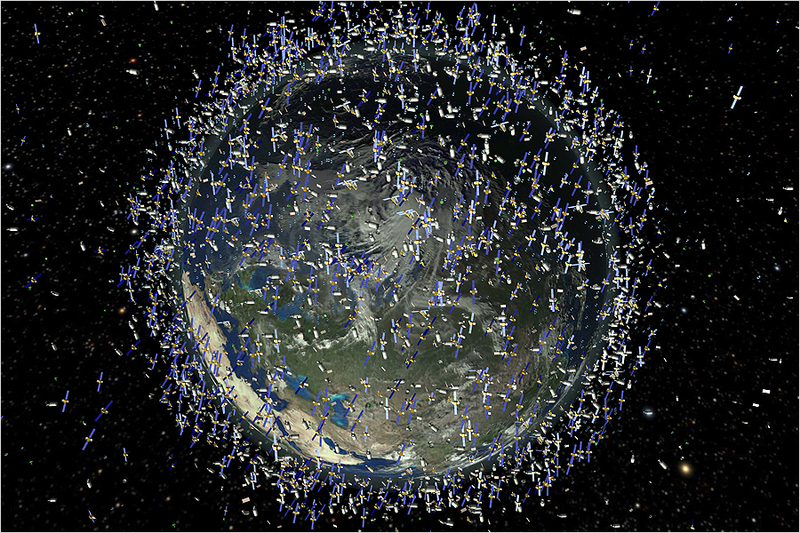 Orbital debris is any man-made object in orbit about the Earth which no longer serves a useful purpose. Approximately 19,000 objects larger than 10 cm are known to exist. The estimated population of particles between 1 and 10 cm in diameter is approximately 500,000. The number of particles smaller than 1 cm probably exceeds tens of millions.

Large orbital debris (> 10 cm) are tracked routinely by the U.S. Space Surveillance Network. Objects as small as 3 mm can be detected by ground-based radars, providing a basis for a statistical estimate of their numbers. Assessments of the population of orbital debris smaller than 1 mm can be made by examining impact features on the surfaces of returned spacecraft, although this has been limited to spacecraft operating at altitudes below 600 km. Most orbital debris reside within 2,000 km of the Earth's surface. Within this volume, the amount of debris varies significantly with altitude. The greatest concentrations of debris are found near 800-850 km. 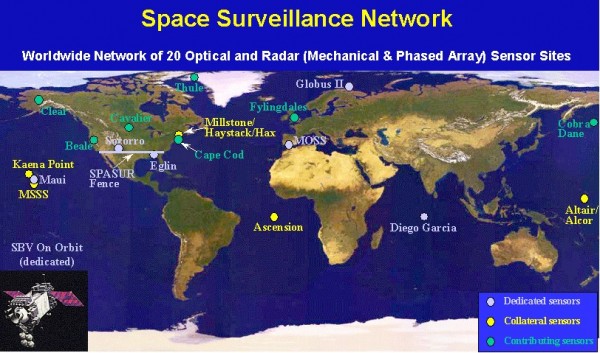 Systems such as Iridium, Orbcomm, and Globalstar do not represent unique debris problems. In fact, many of the systems are being deployed in ways designed to minimize orbital debris generation. Often, upper stages and spacecraft are placed in lower altitude orbits after their missions have been completed to accelerate their fall back to Earth.

The higher the altitude, the longer the orbital debris will typically remain in Earth orbit. Debris left in orbits below 600 km normally fall back to Earth within several years. At altitudes of 800 km, the time for orbital decay is often measured in decades. Above 1,000 km, orbital debris will normally continue circling the Earth for a century or more. 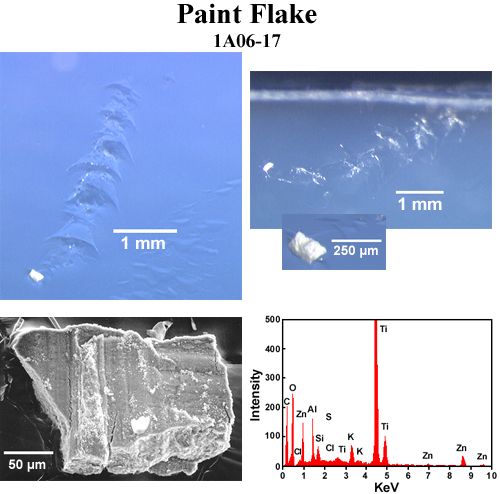 A significant amount of debris does not survive the severe heating which occurs during reentry. Components which do survive are most likely to fall into the oceans or other bodies of water or onto sparsely populated regions like the Canadian Tundra, the Australian Outback, or Siberia in the Russian Federation. During the past 40 years an average of one cataloged piece of debris fell back to Earth each day. No serious injury or significant property damage caused by reentering debris has been confirmed. (NASA Orbital Debris Program) 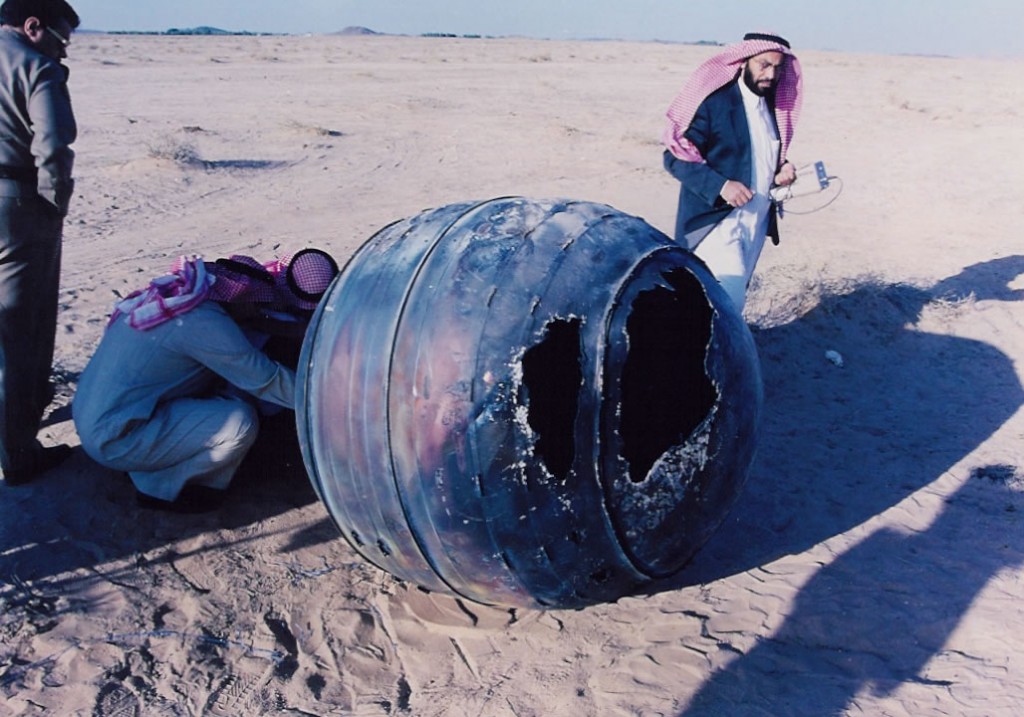 The NASA Orbital Debris Program Office, located at the Johnson Space Center, is the lead NASA center for orbital debris research. It is recognized world-wide for its initiative in addressing orbital debris issues. The NASA Orbital Debris Program Office has taken the international lead in conducting measurements of the environment and in developing the technical consensus for adopting mitigation measures to protect users of the orbital environment. Work at the Center continues with developing an improved understanding of the orbital debris environment and measures that can be taken to control debris growth.

Due to the increasing number of objects in space, NASA and the international aerospace community have adopted guidelines and assessment procedures to reduce the number of non-operational spacecraft and spent rocket upper stages orbiting the Earth. One method of postmission disposal is to allow the reentry of these spacecraft, either from natural orbital decay (uncontrolled) or controlled entry. One way to accelerate orbital decay is to lower the perigee altitude so that atmospheric drag will cause the spacecraft to enter the earth’s atmosphere more rapidly. However, in such cases the surviving debris impact footprint cannot be guaranteed to avoid inhabited landmasses. Controlled entry normally is achieved by using more propellant with a larger propulsion system to cause the spacecraft to enter the atmosphere at a steeper flight path angle. The vehicle will then enter the atmosphere at a more precise latitude and longitude, and the debris footprint can be positioned over an uninhabited region, generally located in the ocean.

Spacecraft that reenter from either orbital decay or controlled entry usually break up at altitudes between 84-72 km due to aerodynamic forces causing the allowable structural loads to be exceeded. The nominal breakup altitude for spacecraft is considered to be 78 km. Large, sturdy, and dense satellites generally break up at lower altitudes. Solar arrays frequently break off the spacecraft parent body around 90-95 km because of the aerodynamic forces causing the allowable bending moment to be exceeded at the array/spacecraft attach point.

After spacecraft (or parent body) breakup, individual components, or fragments, will continue to lose altitude and receive aeroheating until they either demise or survive to impact the Earth. Spacecraft components that are made of low melting-point materials (e.g., aluminum) will generally demise at higher altitudes than objects that are made of materials with higher melting points (e.g., titanium, stainless steel, beryllium, carbon-carbon). If an object is contained inside of a housing, the housing must demise before the internal object receives significant heating. Many objects have a very high melt temperature such that they do not demise, but some can be so light (e.g., tungsten shims) that they impact with a very low velocity. As a result, the kinetic energy at impact is sometimes under 15 J, a threshold below which the probability of human casualty is very low.

The Object Reentry Survival Analysis Tool (ORSAT) is the primary NASA computer code for predicting the reentry survivability of satellite and launch vehicle upper stage components entering from orbital decay or from controlled entry. The prediction of survivability is required in order to determine the risk to humans on the ground. According to NASA-STD 8719.14, Process for Limiting Orbital Debris, this risk, which is based on the predicted total debris casualty area, orbit inclination, and year of reentry, should be less than 1:10,000.

The following graphics are computer generated images of objects in Earth orbit that are currently being tracked. Approximately 95% of the objects in this illustration are orbital debris, i.e., not functional satellites. The dots represent the current location of each item. The orbital debris dots are scaled according to the image size of the graphic to optimize their visibility and are not scaled to Earth. These images provide a good visualization of where the greatest orbital debris populations exist. Below are the graphics generated from different observation points. (NASA ODRO) 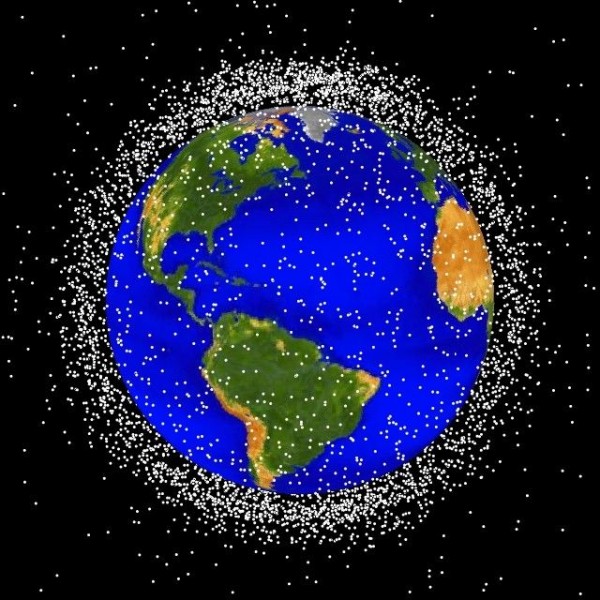 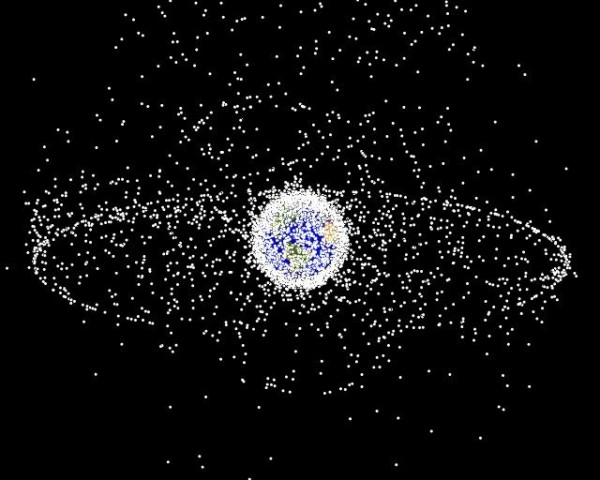 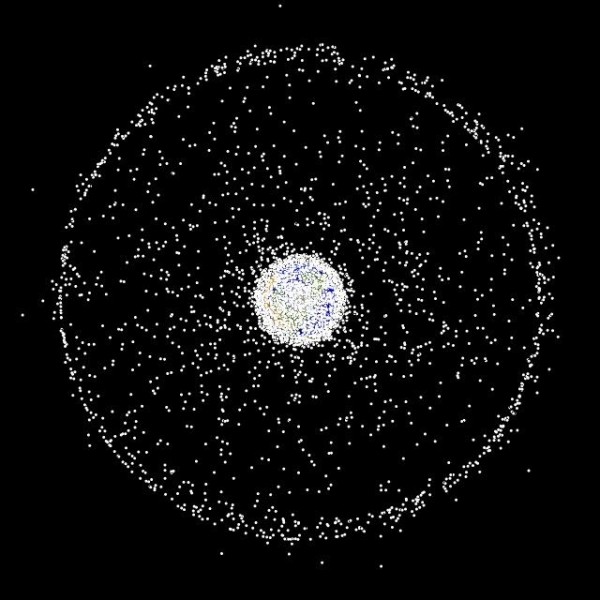