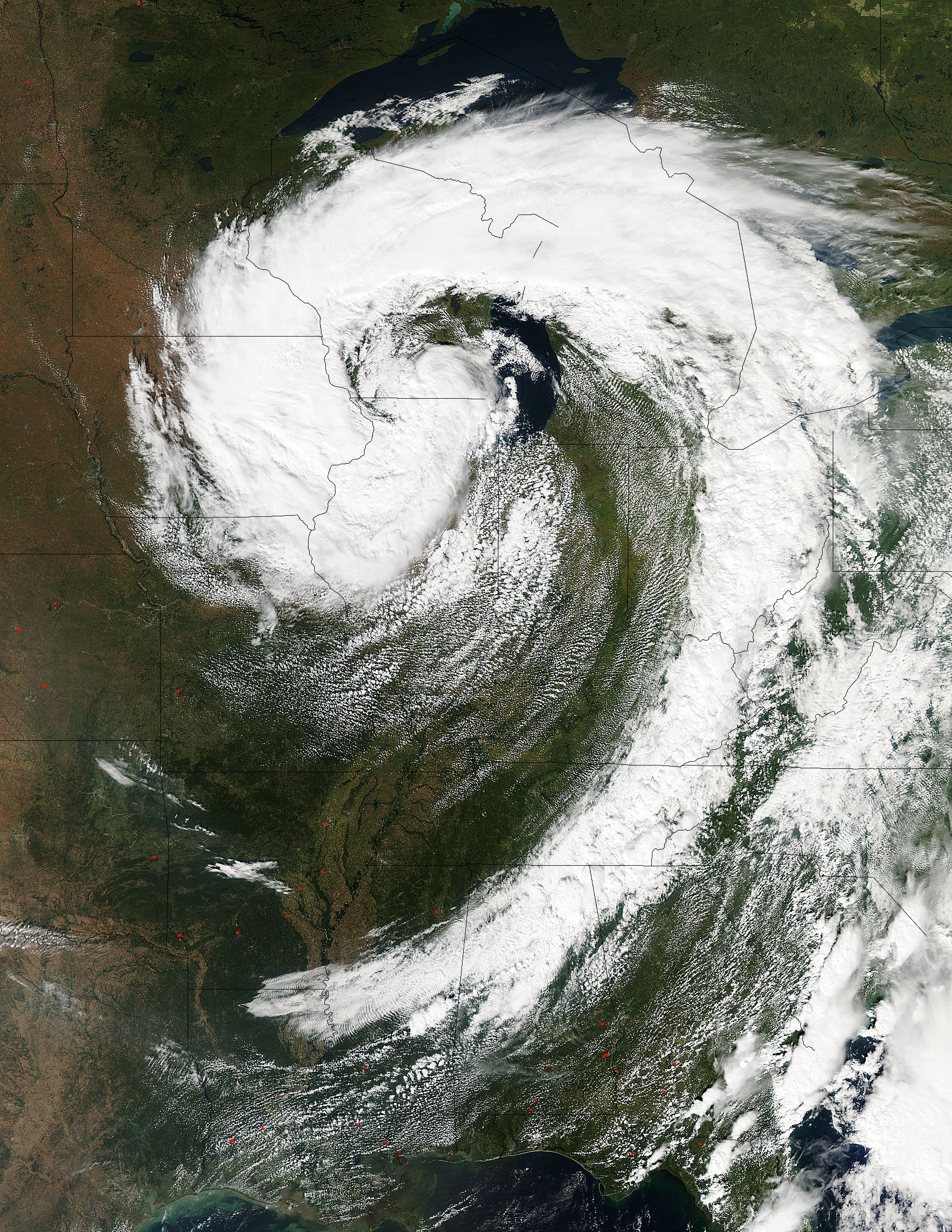 At 3:05 p.m. Eastern Daylight Time on September 26, 2011, the Moderate Resolution Imaging Spectroradiometer (MODIS) on NASA’s Aqua satellite observed a low pressure system stretching from the midwestern to the eastern United States. The center of the system appeared immediately west of Lake Michigan.

The National Weather Center reported that this strong and deep low pressure system produced heavy rain and a few severe storms across the area from September 25 to September 26, as well as spectacular satellite images as the storm became mature on September 26. In this true-colored image, the classic comma shaped cloud feature that is typically associated with very strong systems can be seen spanning hundreds of kilometers across the country. The long band of clouds on the eastern side of the system’s comma shape is a cold front. 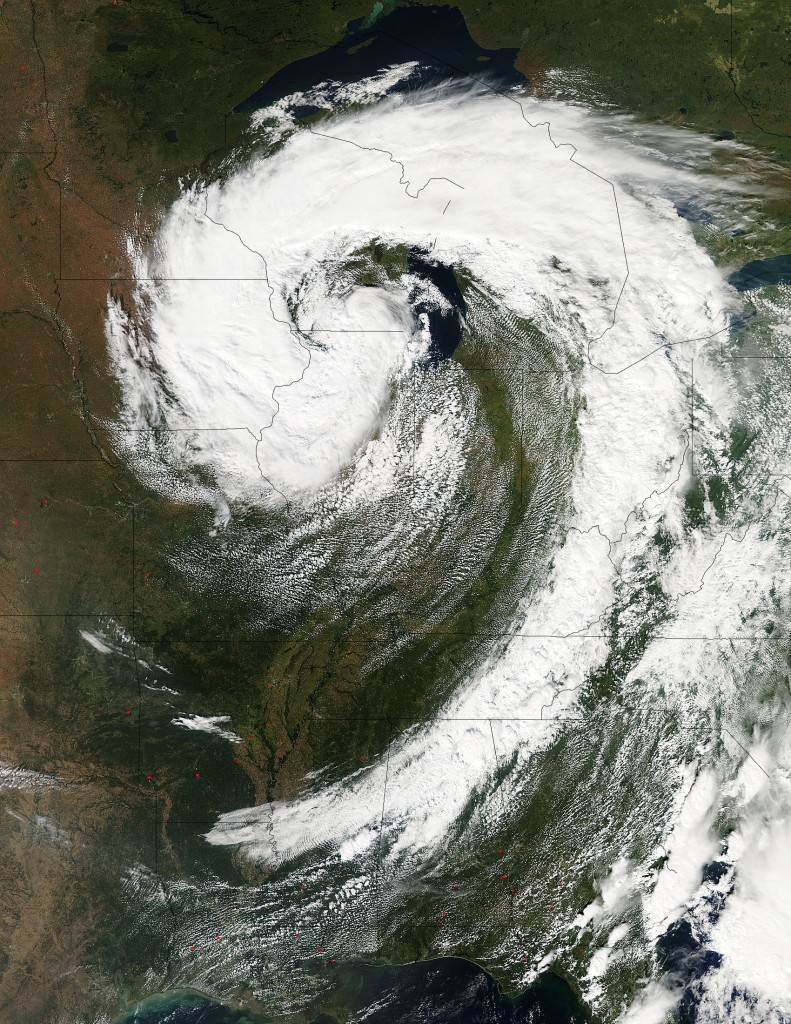 Another name for a low pressure system located between 39 degrees and 60 degrees latitude is “mid-latitude cyclone”, and such systems are responsible for a great deal of the stormy weather in the United States, particularly in the winter. Development of these cyclones often involves a warm front from the south and a cold front from the north. In the Northern Hemisphere, cyclones move in a counter-clockwise direction. (In the Southern Hemisphere, cyclones move in a clockwise direction.) The cold and warm air wrap around the center of low pressure, and air rising near the low-pressure center spurs the development clouds and precipitation.

Justin Berk, a meteorologist based in Baltimore, explains that in this region, “cold air eventually wins out and wraps completely around a storm. This is called a ‘cold core’ storm and has cut itself off from the main flow of the jet stream.” This, says Berk, is why the storm appears stalled near Chicago. (MODIS)