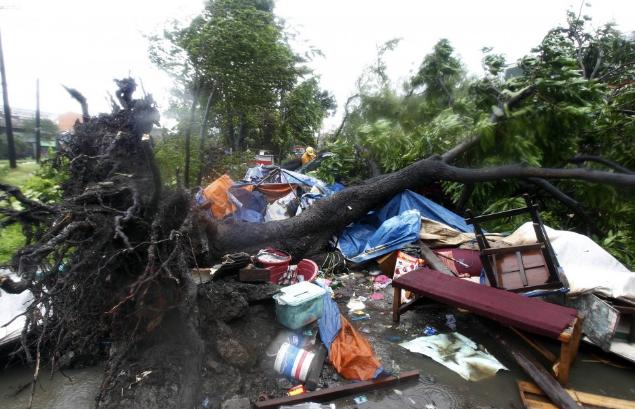 Typhoon Nesat, leaving northern Philippines in its wake, is strengthening anew as its takes aim at South China.

The island province of Hainan, as well as coastal Guangdong on the mainland, will be targeted by the potentially dangerous tropical cyclone as early as Thursday. Destructive wind, flooding rain and potentially inundating storm tides will pose significant threats to life and property. Some wind and rain impacts will be felt at least as far north and east as Hong Kong.

Beyond Hainan, the likely path of Nesat will take its center ashore in northern Vietnam as a typhoon or strong tropical storm. Here again, flooding rain and damaging winds will be likely.

In its wake, the main island of Philippines, Luzon, reeled Tuesday from the impact of Typhoon Nesat. At least seven deaths were reported owing to flooding, wind and landslide damage. Highest winds were nearly 100 mph as rainfall topped 15 inches near Olangapo, west of Manila.

Manila itself suffered inundated streets and waterfront as well as some wind damage. The storm disrupted activities related to transportation, government, business and schools. (AccuWeather)

‘Pedring’ is the name given to this storm by forecasters in the Philippines. 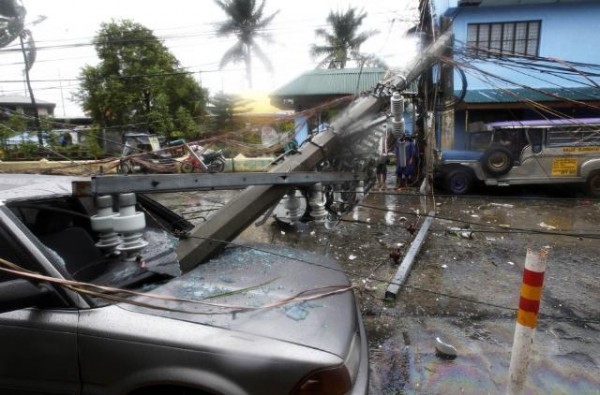 The National Meteorological Center (NMC) on Tuesday issued a yellow alert as typhoon Nesat entered the South China Sea and may bring heavy rains and gales to China’s coastal regions.

Nesat, the 17th typhoon of the year, was located at 17.1 degrees north longitude and 119.7 degrees east latitude at 5 pm Tuesday, according to a statement on the NMC’s website. The typhoon is expected to move northwest at 20-25 km per hour. It will approach the western part of Guangdong province or China’s southernmost island province of Hainan and continue to strengthen, the statement said.

Nesat will bring gales that will batter the coastal areas of Fujian, Guangdong, and Taiwan over the next 24 hours, according to the statement. 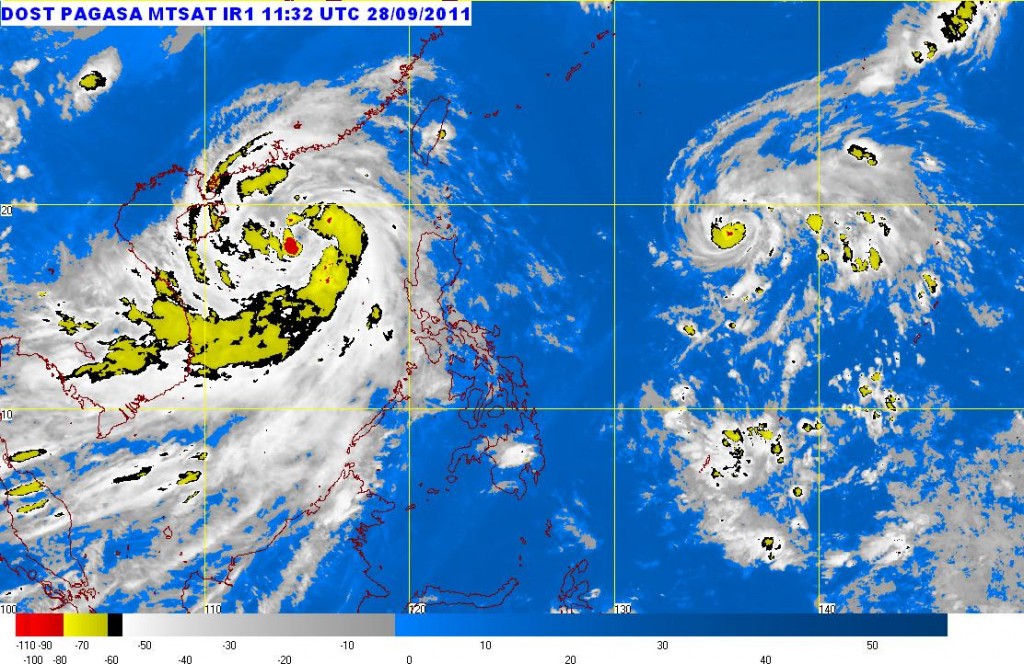 And at the Philippines, the typhoon affected 68,601 families or 320,945 individuals in eight regions in Luzon, including Metro Manila. The NDRRMC, however, said that only nearly 11,000 families are stayin in evacuation centers, which are mostly schools located in higher grounds.

The government’s weather bureau lifted storm warning signals from all of the provinces hoisted over Luzon.  The Philippine Atmospheric, Geophysical and Astronomical Services Administration (PAGASA) said that as of4 p.m. today, the typhoon was already out of the Philippine area of responsibility.

The typhoon’s eye was estimated at 520 kilometers west northwest of Baguio City. It was moving west northwest at 19 kph. PAGASA said that the storm has gathered strength over the West Philippine Sea, packing maximum sustained winds of 130 kilometers per hour and gust of up to 160 kph.

The typhoon will continue to enhance the southwest monsoon, bringing rains over the western section of Luzon. It said that as of 4 p.m. today, the typhoon was already out of the Philippine area of responsibility.

Meanwhile, PAGASA advised that a tropical storm, international name Nalgae may enter the Philippine area of responsibility by tomorrow. It said that the tropical storm may strengthen into a typhoon as it enters the PAR. It added that the storm will affect areas in Northern Luzon. (PhilStar) 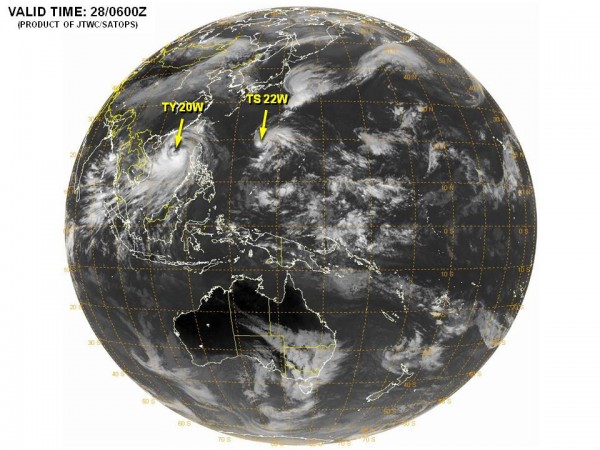