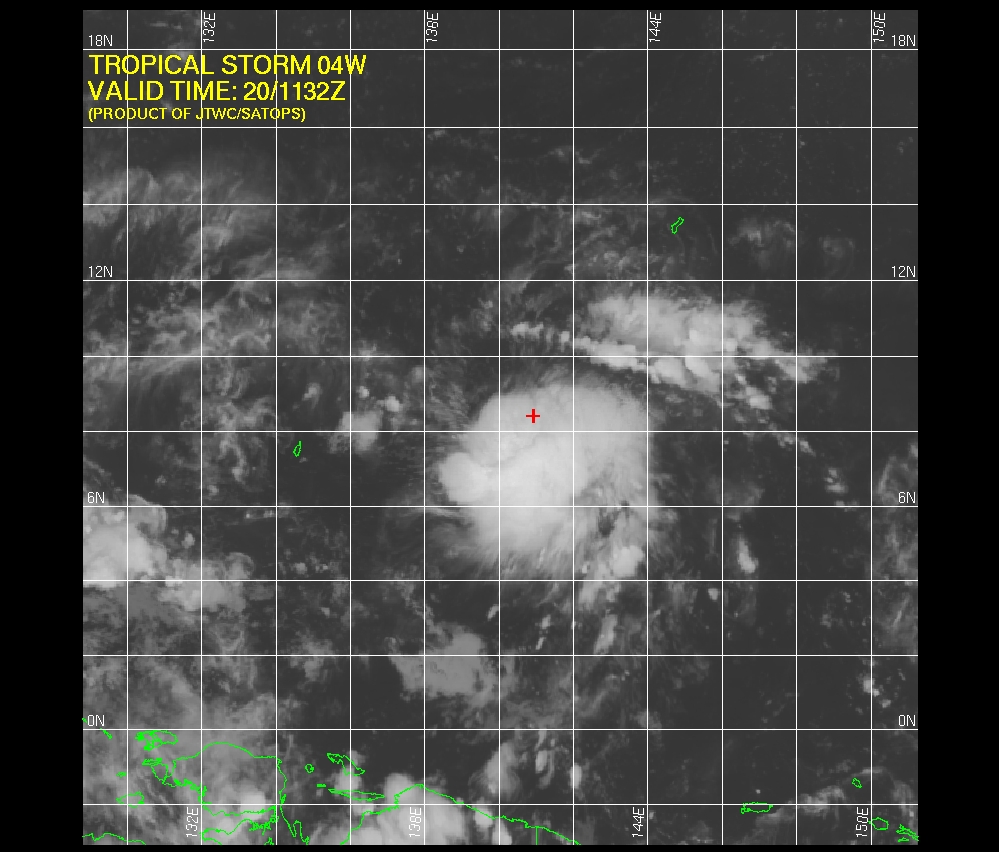 Newly formed Tropical Storm 04W may pose threats for both the northern Philippines and eventually Japan. As of Friday morning, EDT, the center of Tropical Storm 04W (which had yet to be given a name) was located approximately 200 miles east-southeast of the small island of Yap.

Due to light winds aloft, this storm will move very slowly over the next several days. The center of the storm will pass over or very close to Yap Sunday, EDT. Early next week, the storm will be over the warm waters of the Philippine Sea, and should be able to strengthen into a typhoon.

The future track of the storm remains quite uncertain through the middle to end of next week. An upper-air trough of low pressure will dive southeastward over southeastern China. This upper-air trough will eventually steer the storm to the northeast. If the trough moves in fast enough, the storm could be steered on a path that puts both the Philippines and eventually Japan out of harm’s way.

However, if this trough is slower to dive southeastward, the storm may pass close to the northern Philippines, and possibly get steered close enough to Japan to affect that country.

Any effect on the Philippines would not occur until the middle of next week at the earliest, with any possible effects on Japan occurring late in the week. (AccuWeather)