A low-pressure area which formed on March 24, 2015 near the Marshal Islands in Pacific Ocean organized into a tropical storm by March 27 and was named Maysak. The system was tracking westward and rapidly intensified into a typhoon on March 28. This is now the fourth named storm of the very active 2015 Pacific typhoon season. 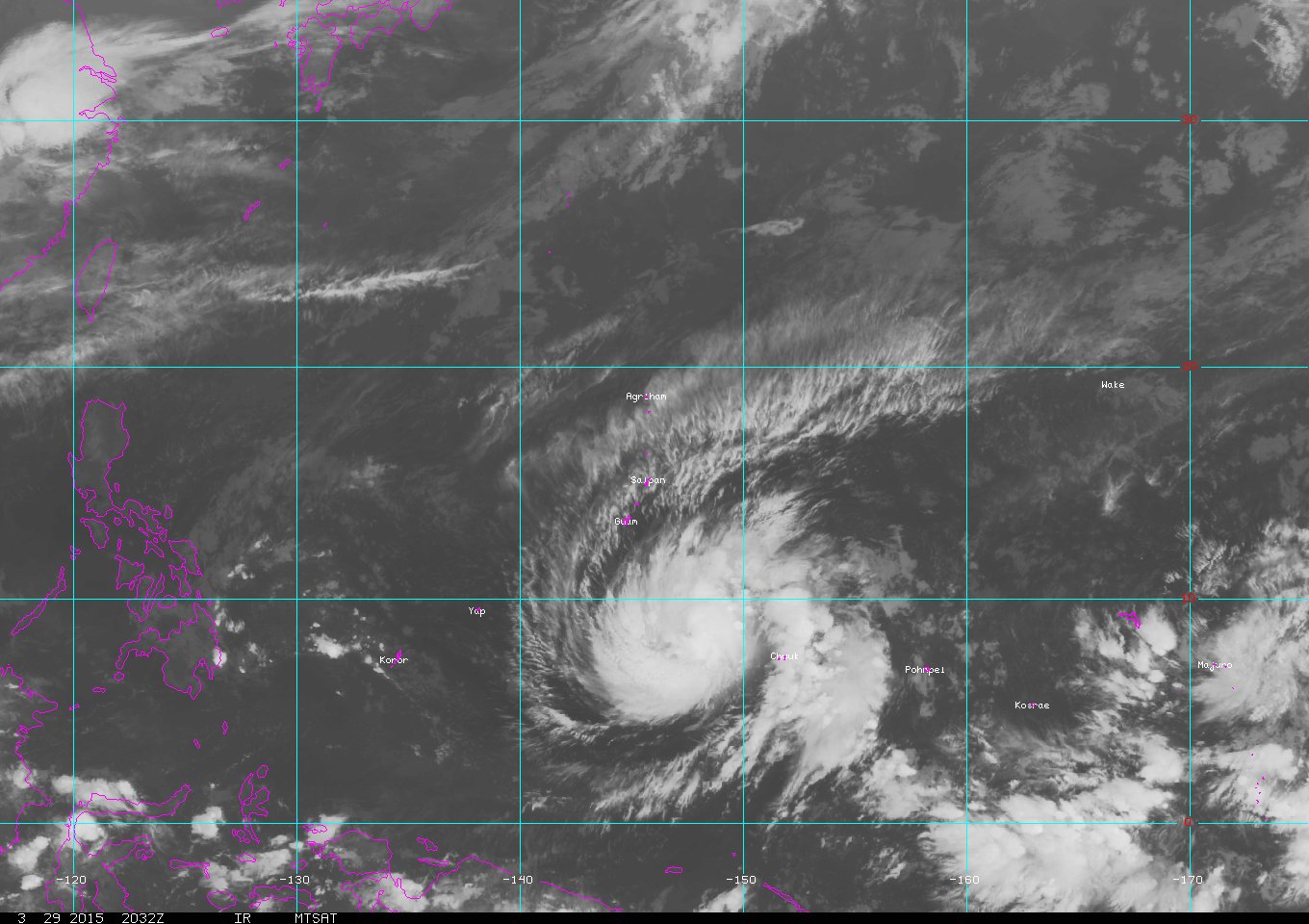 The system is still intensifying and is heading west toward Yap which is expected to take the full impact of the storm early on March 31 (UTC). By that time, Maysak is expected to reach a Very Strong Typhoon strength (equivalent of Category 4 storm on Saffir-Simpson hurricane scale) with maximum sustained winds of about 222 km/h (138 mph) and gusts to 270 km/h (167 mph).

According to Intermediate Advisory Number 11A issued by NWS Guam at 19:00 UTC today, a Typhoon Warning is in effect for Ulul in Chuuk State and Faraulep in Yap State. Typhoon force winds of 119 km/h (74 mph) or more are expected in the next 24 hours.

A Tropical Storm Warning and a Typhoon Watch are in effect for Puluwat in Chuuk State as well as Satawal and Woleai in Yap State. Damaging winds of 62.7 km/h (39 mph) or more are expected this evening (ChST/March 30). Typhoon force winds of 119 km/h or more are possible if the eye of Maysak deviates southward.

A Typhoon Watch is in effect for Fais… Ulithi and Yap in Yap State. Typhoon force winds of 119 km/h or more are possible in the next 24 hours. 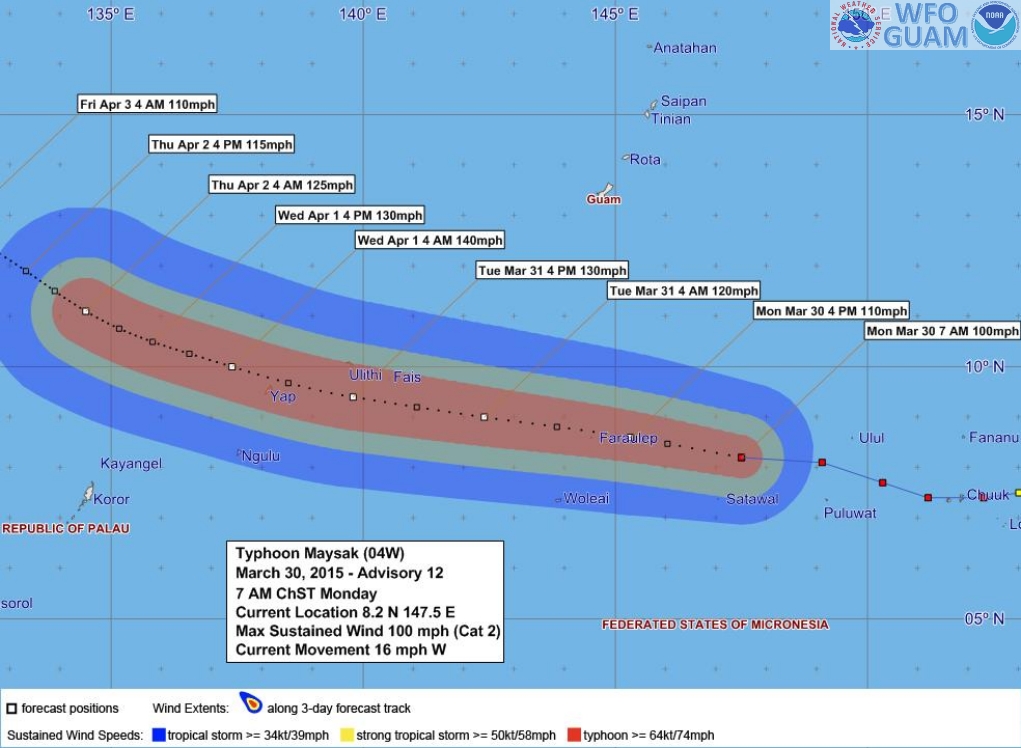 Long range forecasts, made by meteorologist Robert Speta of the WestPacWx, point this storm towards the East Philippine Sea early on Tuesday into Wednesday (March 31 – April 1).

"Having said that, all interests should be between Koror and the Eastern seaboards of the Philippines especially the Bicol region upwards to Eastern Luzon areas through the weekend, possibly into Black Saturday (April 4, 2015). That should be the worse case scenario for the Philippines, but take note things may change gradually as what the JTWC (Unofficial wx agency for the WestPac Basin) have indicated a slowdown in speeds and intensity going into Eastern Luzon. But as of the moment this is how far we can go. We cannot speculate at this point in time where exactly it might hit [Philippines] or how intense it would be felt so just be ready," Speta said.

Video courtesy of the WestPacWX