Powerful and deadly winter storms covered parts of United States in a deep freeze over the last couple of days. More than 6 000 flights were canceled and at least 80 000 households were left without electricity in Washington, Virginia and Maryland on Monday, December 9. ​A new storm is expected to move in by the end of the week.

Dangerously cold temperatures and wind chills are forecast to persist in the western half of the United States, with temperatures about 10 to 30 degrees below average from Rocky Mountains, Great Lakes and Mississippi Valley. 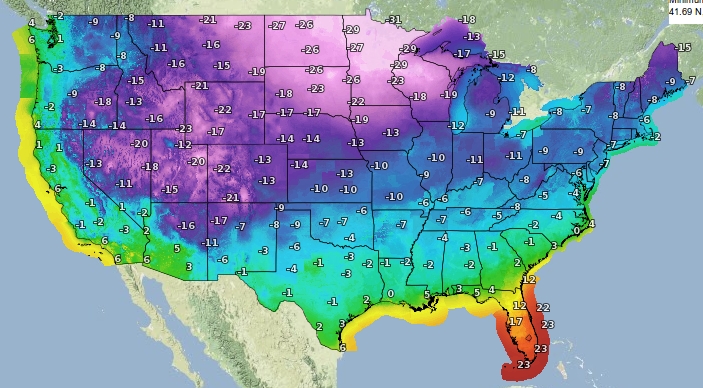 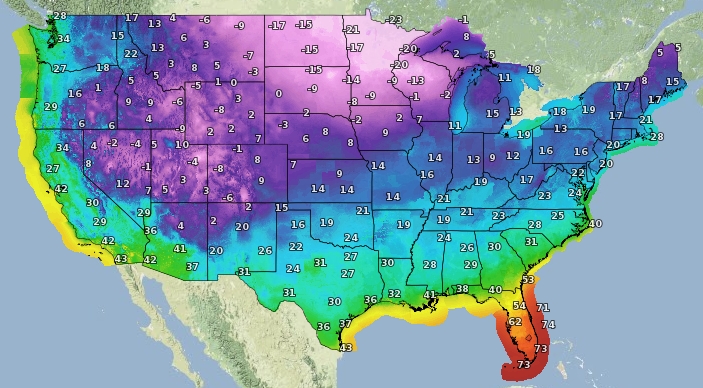 The Weather Channel reported today that the fourth named winter storm of the 2013-14 season, Dion, brought more snow and ice for some of the same areas impacted by previous winter storm, Cleon.

"Dion initially produced snow in Washington, California, Nevada and the Four Corners states during the first half of the weekend before bringing some light ice accumulations to parts of the south-central U.S. In addition, it brought a hard-hitting snowstorm to parts of the Mid-Atlantic (particularly Philadelphia) and a broad swath of snow to the Midwest Sunday (December 8)."

"The temperature in Jordan, Montana, fell to 42 degrees below zero Fahrenheit (minus 41 degrees Celsius) on Saturday (December 7), the lowest U.S. temperature recorded during the storm. Among other lows, Burns, Oregon, in the northern part of the state, hit a record minus 30 degrees Fahrenheit on Sunday, said Sullivan. Minneapolis was forecast hitting a high of 1 degree Fahrenheit (minus 17.2 Celsius), with wind chill values as low as minus 21 degrees." (DailyMail)

What was forecast in the Philadelphia area to be a tame storm system with about an inch of snow gradually changing over to rain mushroomed into a full-blown snow storm. Philadelphia International Airport received 8.6 inches of snow, more than it had all of last year. 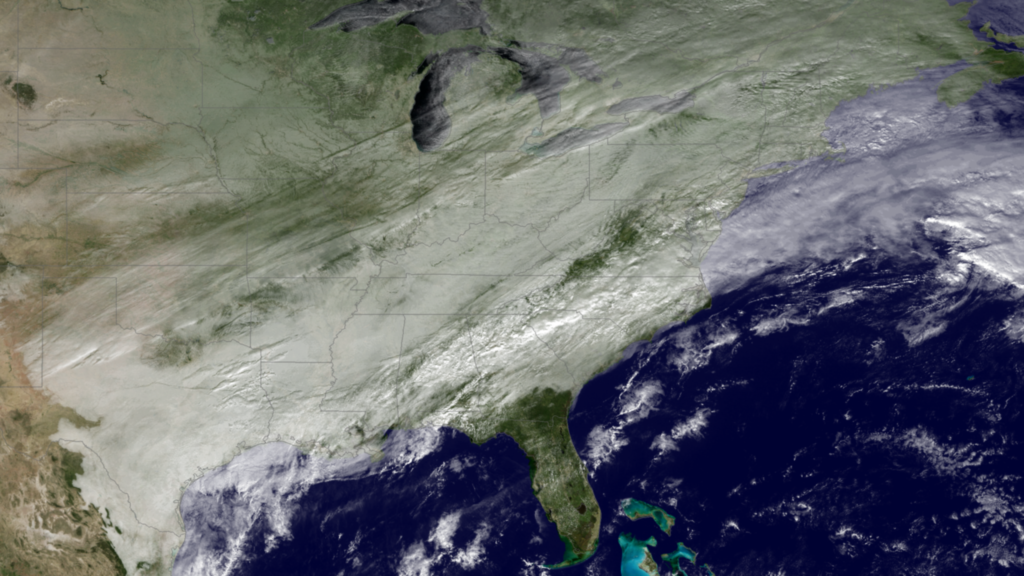 NWS reported yesterday that complicated storm extending from the Great Lakes/Northeast to the Central Gulf Coast will move northeastward to Southeastern Canada and off the East Coast by Tuesday. A wave of low pressure will develop over the Eastern Gulf Coast late Monday night and move northeastward off the North Carolina Coast by Tuesday afternoon. This wave will bring another round of snow into the Eastern Ohio Valley/Central Appalachians into parts of the Mid-Atlantic/Southern New England Tuesday morning into afternoon. Additionally, rain will move into the Southern Mid-Atlantic on Tuesday morning and off the Coast by noontime. Showers and thunderstorms will also develop over parts of the Southeast and likewise move off the Coast by Tuesday afternoon.

According to Short Range Forecast Discussion issued on December 10 at 07:25 UTC by Weather Prediction Center (NOAA/NWS), a wave of low pressure along a boundary extending across the Southeast will move off the Carolina Coast by Tuesday afternoon.

The system will produce snow over parts of the Ohio Valley/Northern Mid-Atlantic that will move to Southern New England by Tuesday afternoon, ending by Tuesday evening.

Light to Moderate rain will develop from the Eastern Gulf Coast to the Southern Mid-Atlantic that will move off the Southeast/Southern Mid-Atlantic Coast by Tuesday evening. Additionally, a small area of showers and thunderstorms will develop over the Southeast Coast that will move offshore by late Tuesday morning. The associated front will linger over the Florida peninsula on Wednesday, triggering showers and thunderstorms over parts of the southern tip of Florida. Meanwhile, a couple of quick moving clipper systems will move across the Great Lakes on Tuesday and Wednesday producing lake effect/lake enhanced snow over the Great Lakes through Wednesday morning.

Lake effect snow will continue downwind from the Great Lakes through Wednesday evening in the wake of the clippers. The second clipper system will also produce snow over parts of the Northern High Plains on Tuesday morning, moving to the Middle Missouri Valley by Tuesday evening before moving into the Great Lakes on Wednesday.

A new storm will move in this weekend. It will develop over the Deep South on Friday and head northeastward on Saturday (AW).