Tropical Cyclone Madi developed over the Bay of Bengal, northeast of Sri Lanka and east of India, on December 6, 2013. It organized from low pressure System 92B, about 492 km (306 miles) southeast of Chennai, India. At the time. its maximum sustained winds were near 83.3 km/h (45 knots/51.7 mph).

After producing heavy rainfall across Sri Lanka and the southeast coastline of India for several days, the cyclone drifted northward over the weekend over the open Bay of Bengal. ​

Forecasters at the JTWC expect it now to turn to the southwest and make landfall in southern India in Tamil Nadir on December 12. The current track for the center of the cyclone brings it between the coastal city of Puducherry and the town of Mannarguddi, along the India's southeastern coast.

Madi will continue to be monitored as it moves across India as some computer models suggest that its remnants could re-emerge into the Arabian Sea.

The Tropical Rainfall Measuring Mission satellite (TRMM) captured data on Madi's rainfall on December 8 at 11:44 UTC. The bulk of the rainfall was north of the center, and falling at a rate of 30 mm / 1 inch per hour (green) with isolated areas of 50 mm / 2 inches (red). 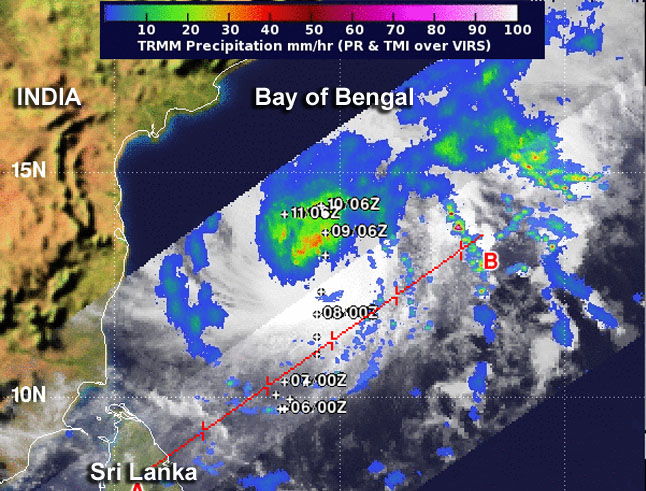 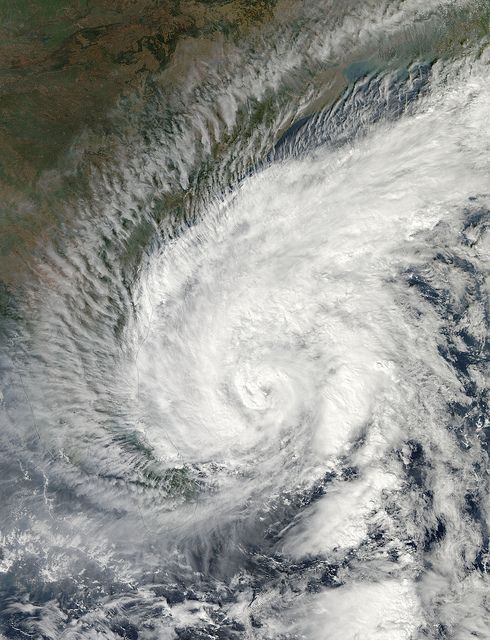 According to latest warning issued by JTWC on December 10, at 09:00 UTC, Tropical Cyclone Madi was located approximately 605 km (376 miles) east-northeast of Chennai, India, and has tracked northeastward at 04 knots over the past six hours.

Animated multispectral satellite imagery shows Madi has been slowly drifting within a weak steering environment as the eye has become more pronounced.

The current intensity has been increased to 70 knots due to the improved organization of the eye structure and is supported by Dvorak estimates from PGTW and KNES. Animated water vapor imagery indicates the system has maintained robust poleward outflow; however, strong (25-30 knots) southerly vertical wind shear (vws) continues to hinder any equatorward outflow.

Tropical Cyclone Madi is forecast to shift steering influences over the next 24 hours, with a subtropical ridge over india building eastward, causing the system to track to the southwest. The increasing vws and dry air surrounding the circulation will start to weaken the system over the next 72 hours. By tau 72, tc 06b is expected to make landfall in southern india and rapidly dissipate by tau 96. Based on the poor steering environment and model variation through the forecast period the confidence in the track remains low. 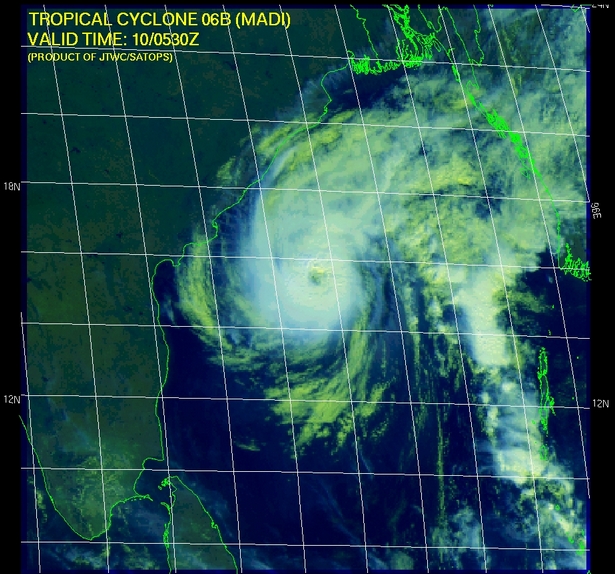 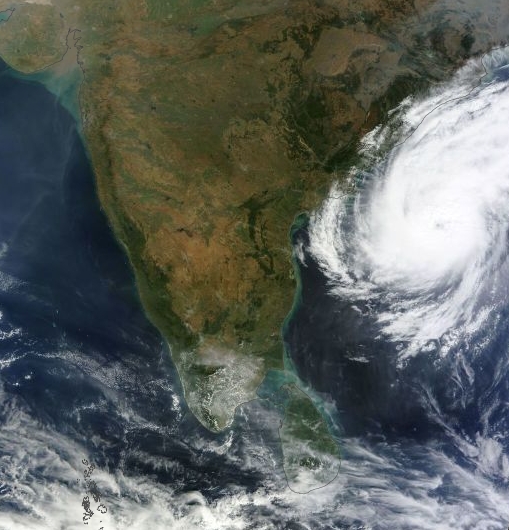