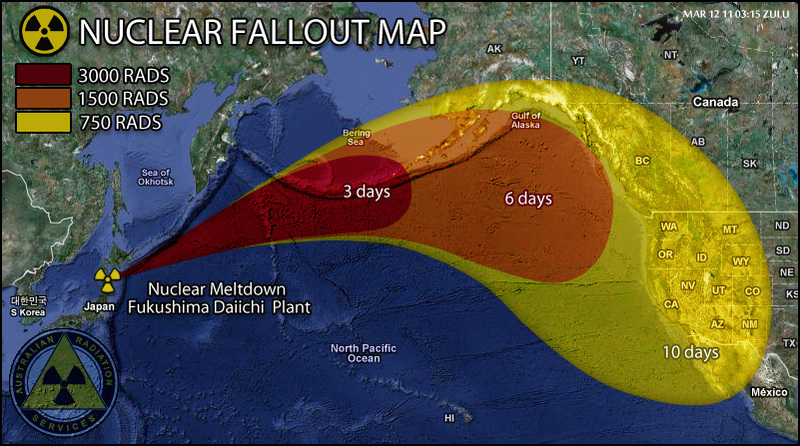 Low levels of radioactivity showed up in rainwater in northern California two weeks after the Japan nuclear disaster in March but soon returned to normal, said a US study out Wednesday.

The detected levels of radioactive isotopes cesium, iodine, and tellurium were very small and posed no risk to the public, according to the findings of research funded by the US Departments of Energy and Homeland Security. Rainwater was collected in the San Francisco Bay area cities of Berkeley, Oakland, and Albany from March 16 to 26, said the report in the online journal PloS (Public Library of Science) ONE.

“The first sample that showed elevated radioactivity was collected on March 18th, and levels peaked on March 24th before returning to normal,” said study led by professor Eric Norman in the department of nuclear engineering at the University of California at Berkeley.

The study also noted that “similar gamma ray counting measurements were performed on samples of weeds collected in Oakland and on vegetables and milk sold commercially in the San Francisco Bay area.”

Some of the same fission products detected in rainwater were found in the milk and produce samples, also at a level that posed no risk to the public, it said.

On March 11, a record 9.0 earthquake and tsunami killed about 20,000 people along the coast of Japan and sparked nuclear meltdowns at the Fukushima-Daichi plant. The nuclear plant was sent into meltdown after its cooling systems were swamped by the waves, sending radiation into the air, sea and food chain in the world’s worst atomic disaster since Chernobyl. (TerraDaily)