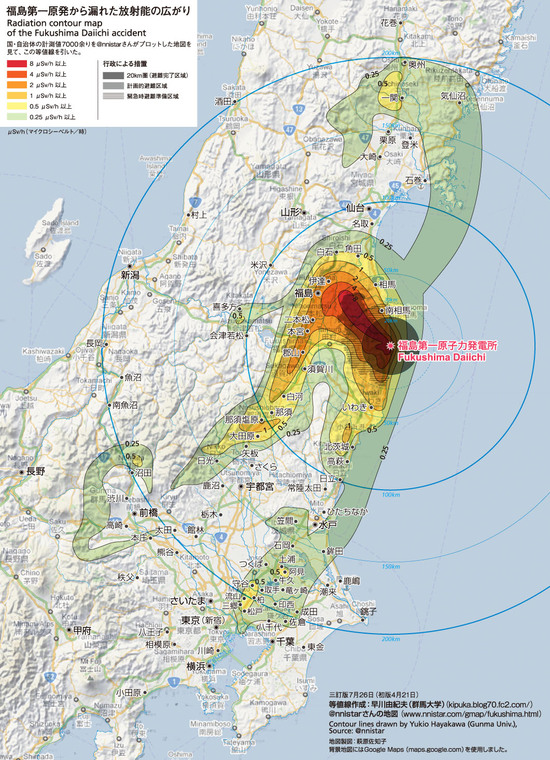 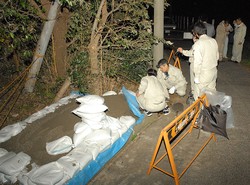 Radiation levels in Kashiwa and its vicinity are relatively high because of the effects of the ongoing Fukushima nuclear crisis, but the latest discovery of such an intense hot spot in the city’s Nedokoyadai district came as a surprise. City radiation task force chief Seiichi Someya speculates, “It’s hard to imagine that it is due to effects” of the Fukushima crisis.

On Sunday, Oct. 23, the science ministry and the city government found a side ditch near the reported hot spot during a joint survey and said it is highly likely that rain tainted with fallout from the Fukushima plant was running into nearby soil.

Earlier surveyors who dug deeper into the soil at the hot spot recorded higher levels of radiation, leading some experts to speculate that the contaminated soil came from elsewhere and might have been deliberately buried there.

But the ministry has confirmed that rain water is leaching out of the ditch and into the soil at the spot, ministry officials said at a new conference Sunday.

Up to 276,000 becquerels of cesium per kilogram of soil was detected 30 cm below the surface of the hot spot Friday after an abnormal level of airborne radiation was found earlier in the week, the municipality said.

“If fallout from the Fukushima plant naturally falls onto the ground, it’d be unthinkable that the radiation level would be higher deep in the soil than on the surface,” said Masako Sawai, researcher at Citizens’ Nuclear Information Center, a Tokyo-based antinuclear activist group, before the science ministry’s press conference Sunday. 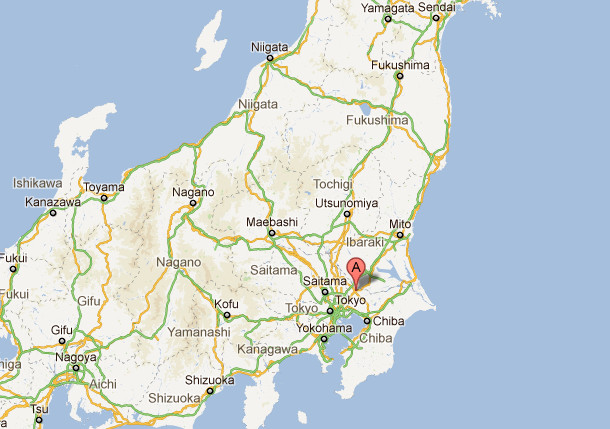