Radiation at the Fukushima No. 1 nuclear plant is far worse than previously thought, with the levels estimated at 10 sieverts per hour– a fatal dose for anyone who stays in the vicinity for an hour, according to experts. This means it will be extremely difficult for crews to move shield plugs, raising concerns that the plan to decommission the reactors will have to be reassessed.

Exceedingly high radiation levels inside crippled reactor buildings at the Fukushima No. 1 nuclear plant were described by nuclear regulators as an "extremely serious" challenge to the overall decommissioning of the site.

According to the Nuclear Regulation Authority (NRA), a huge amount of radioactive materials had attached to shield plugs of the containment vessels in the No.2 and No. 3 reactors.

With an estimated 10 sieverts per hour, the radiation levels are fatal for anyone who stays even an hour in the area. The finding also means that it would be extremely difficult for workers to move the shield plugs, which raised the prospect that the decommissioning plan will have to be reassessed.

"It appears that nuclear debris lies at an elevated place," Fuketa said at a news conference in December 2020. "This will have a huge impact on the whole process of decommissioning work."

At normal times, the shield plug blocks radiation from the reactor core. Workers remove a shield plug to get access to the containment vessel's interior when unclear fuels need to be replaced. 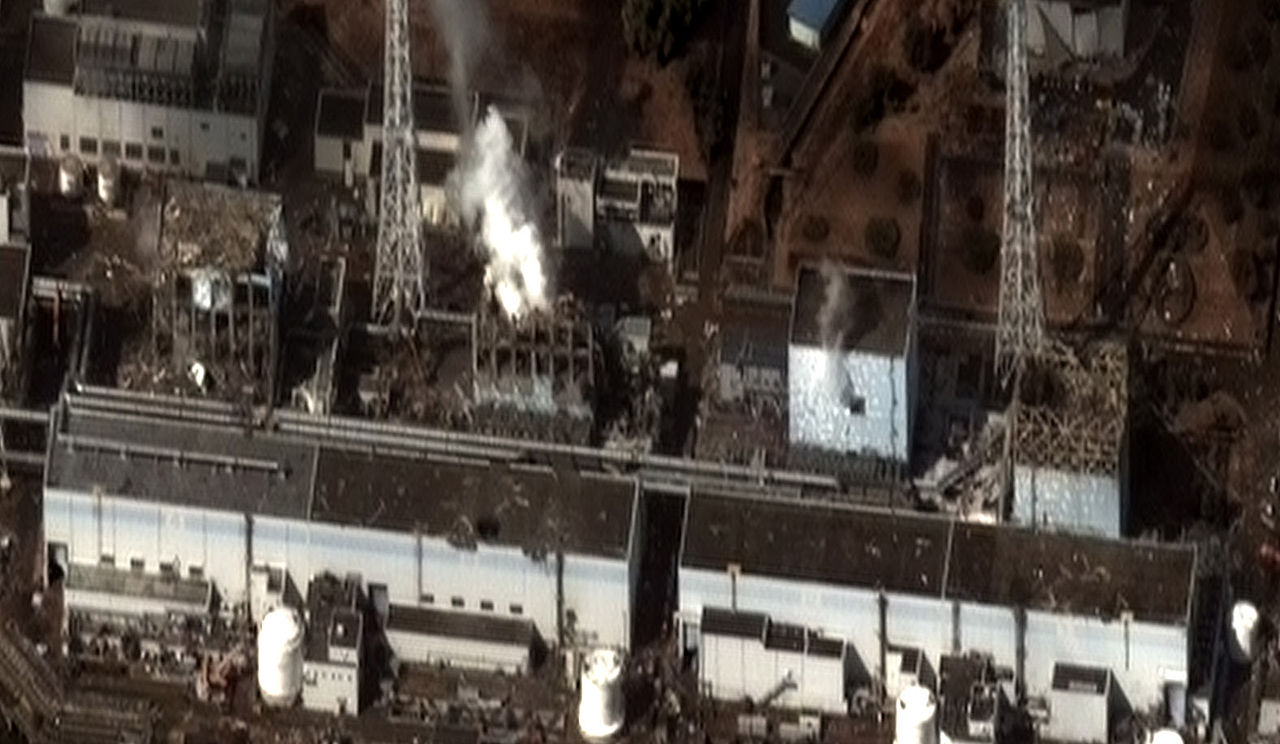 ​The Fukushima I Nuclear Power Plant after the 2011 Tōhoku earthquake and tsunami. Reactor 1 to 4 from right to left. Image credit: Digital Globe

In a study that resumed in September after a five-year hiatus, the NRA conducted fresh measurements of radiation levels in the surrounding areas of the No. 2 and No. 3 reactors.

It found that the amount of radioactive cesium 137 was at 20-40 petabecquerels between the top and middle layers of the No. 2 reactor's shield plug. This works out to more than 10 sieverts per hour– radiation at these levels can be fatal to a person if they spend an hour in the vicinity. Meanwhile, the estimated figure was 30 petabecquerels for the No. 3 reactor.

The 2011 earthquake and tsunami disaster in Fukushima caused the shield plug of the No. 1 reactor to slip out of place. It was also damaged by a hydrogen explosion at the reactor building.

The Tokyo Electric Power Co. (TECPO) announced that the removal of nuclear fuel debris will be moved to 2022 or later, rather than the initially planned operation in 2021, due to a delay in the development of equipment.