A mysterious spike in radioactivity levels has been detected over northern Europe this month. The Dutch National Institute for Public Health and the Environment (RIVM) said Friday, June 26, 2020, that it may be from a source in western Russia, indicating damage to a fuel element in a nuclear power plant. However, state nuclear power operator Rosenergoatom denied the claims, stating that there have been no problems reported.

The subtle radiation increase is at levels considered harmless to humans but significant enough to be detected by radiation monitoring stations.

"The levels measured are so low that they pose no danger to people or the environment," it added.

Other radiation protection authorities in Norway and Finland also made similar observations.

Lassina Zerbo, the Executive Secretary of the Comprehensive Nuclear-Test-Ban Treaty Organization, posted a map outlining the possible source of the anomaly– most of which was territory inside Russia, but also parts of Denmark, Finland, Norway, and Sweden.

Zerbo said the isotopes are most likely from a civil source, suggesting that it may be related to nuclear power production.

"We are able to indicate the likely region of the source, but it's outside the Comprehensive Nuclear-Test-Ban Treaty Organization's (CTBTO) mandate to identify the exact origin." 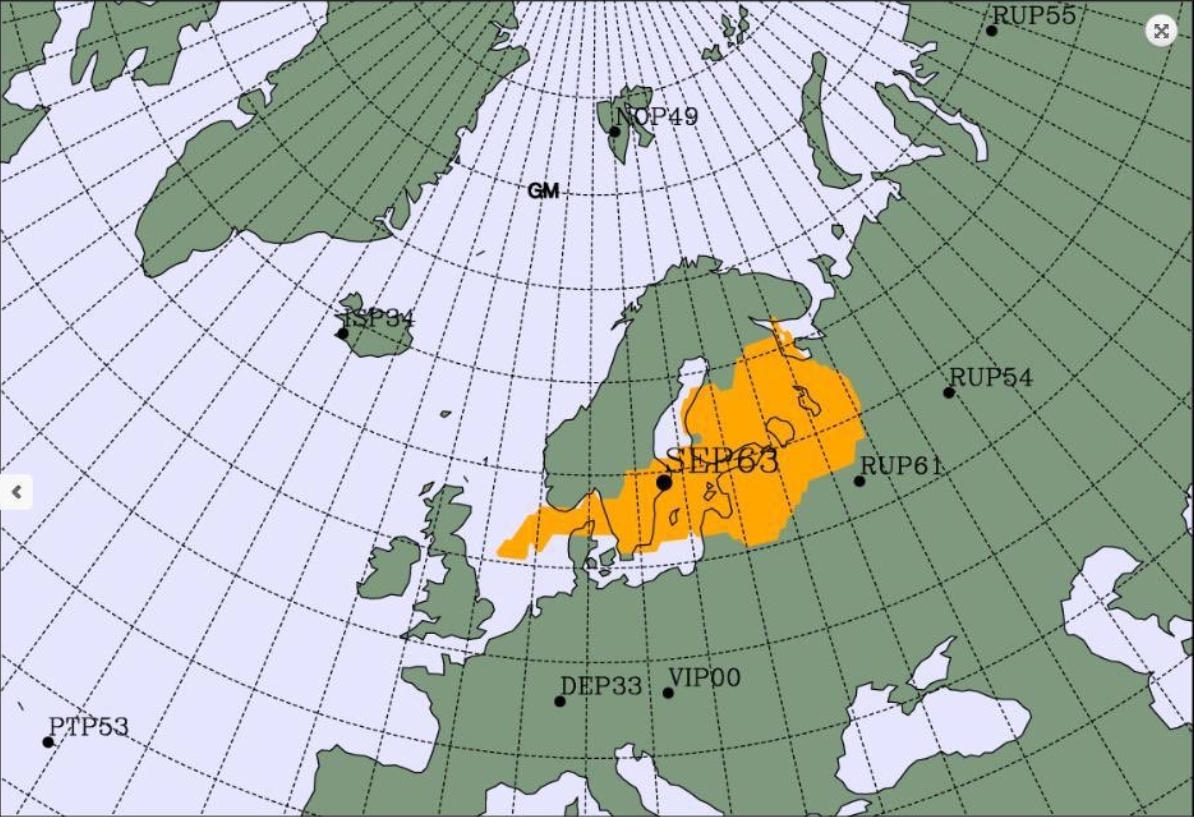 On June 26, RIVM announced that based on an examination of the available data, the combination of radionuclides may be from a source in western Russia and may "indicate damage to a fuel element in a nuclear power plant," the Associated Press quoted.

However, Russian news agency TASS– citing a spokesman with the Rosenergoatom– said the two nuclear power plants in northwestern Russia have not reported any issues, "with radiation levels being within the norm."

The spokesman stated that the radiation levels at the Leningrad and Kola power stations and their surrounding areas "have remained unchanged in June, and no changes are also observed at present."

"Both stations are working in the normal regime. There have been no complaints about the equipment’s work," TASS quoted the unnamed official.

"Aggregated emissions of all specified isotopes in the above-mentioned period did not exceed the reference numbers. No incidents related to release of radionuclide outside containment structures have been reported."

Researchers at the Leibniz University Hannover LUH) and the University of Münster (WWU) found out that the mysterious cloud containing radioactive Ruthenium-106, which moved across Europe in 2017, did not come from military sources, but rather originated from…

A new study released in PNAS on July 26, 2019, confirmed that massive atmospheric release of radioactive Ruthenium 106 (106Ru) occurred in Eurasia in September 2017. "This must have been a sizeable, yet undeclared nuclear accident," study authors said….

Several networks monitoring atmospheric radioactive contamination in Europe have detected Ruthenium 106, a radionuclide of artificial origin, at levels of a few milliBecquerels per cubic meter of air late September 2017. The news was widely reported by MSM across…

Yet another unexplained spike in airborne radioactivity has been detected in Europe. This is the second reported spike in radioactive particles in Europe this year. According to the Federal Office for Radiation Protection, elevated levels of the isotope…