The galactic sources of nine extremely high-energy gamma rays have been identified by scientists from Penn State and members of the High-Altitude Water Cherenkov (HAWC) Gamma-Ray Observatory. All of the sources generate gamma rays with powers more than 56 trillion electron volts (TeV)– three spew gamma rays reaching 100 TeV and beyond, making them the highest-energy sources every observed in the Milky Way galaxy.

"The very-high-energy gamma rays we detect are produced by interactions of even higher energy charged particles near their source," said Jordan Goodman, an agent for HAWC and also a physics professor at the University of Maryland.

"Charged particles are bent in the magnetic fields of our galaxy and don’t point back to their origin. Gamma rays, like light, travel in straight lines allowing us to use them to map the sources of the high-energy emission. HAWC, which is a wide field-of-view instrument, views the overhead sky 24/7 giving us a deep exposure to look for the rare high energy gamma-ray events."

This is the first time that galactic sources have been identified for such high-energy particles. The number of sources discovered might indicate that very high-energy emission is a common feature of strong particle winds originating from pulsars embedded in interstellar gas clouds or nebulae. 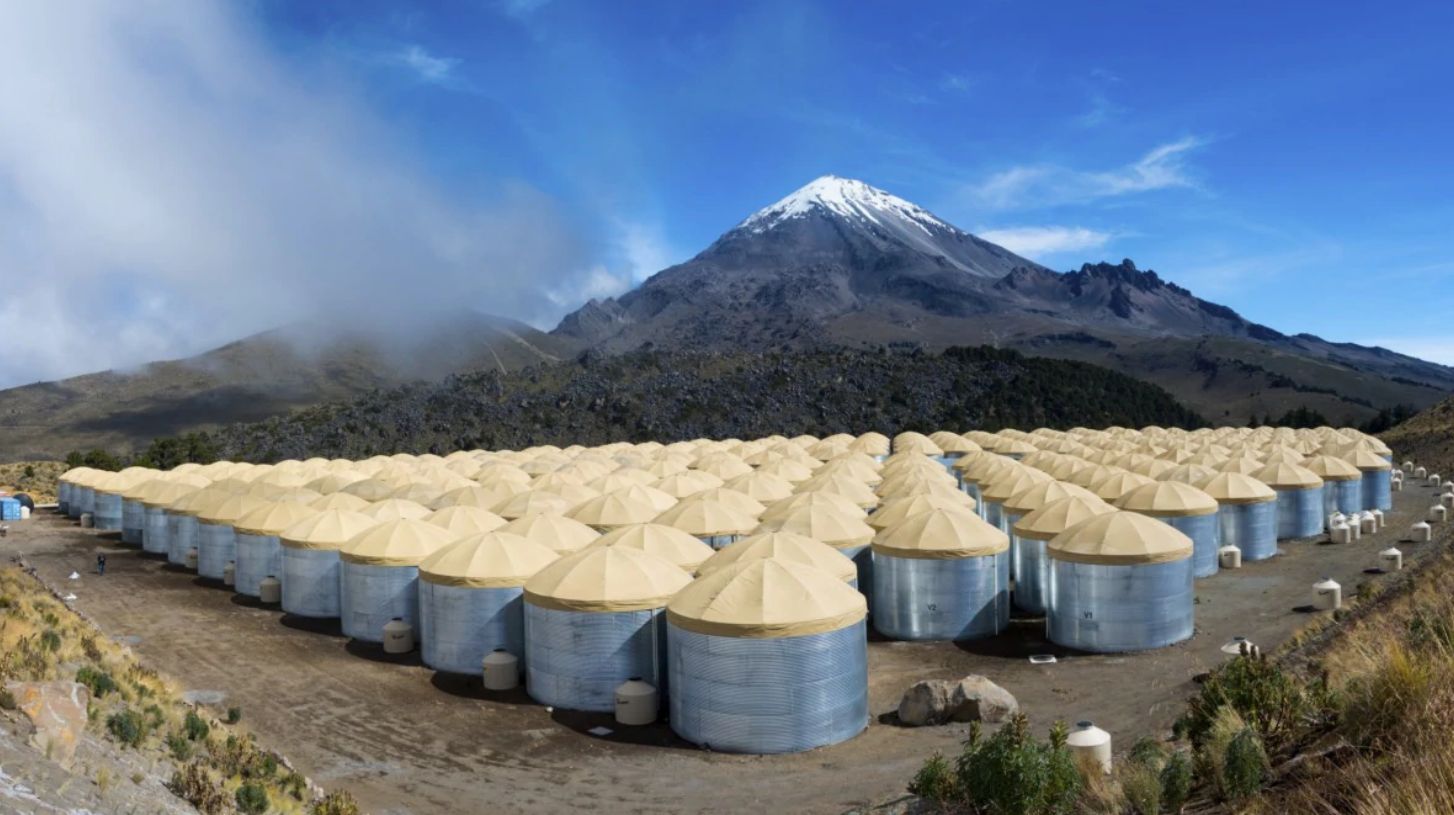 The HAWC Gamma-Ray Observatory is composed of a variety of water-filled tanks on the slopes of Sierra Negra volcano in Puebla Mexico. The atmosphere there is thin, which provides better conditions for observing gamma rays.

When gamma rays hit molecules in the atmosphere, they create showers of energetic particles. Though nothing travels faster than light speed in a vacuum, light moves slower through water and as a result, some particles in cosmic ray showers move faster than light in the water inside the HAWC detector tanks.

In turn, the particles faster than light generate flashes of light called Cherenkov radiation. Using recordings of the Cherenkov flashes in the HAWC tanks, researchers can rebuild the sources of the particle showers to further study the particles that created them.

HAWC researchers plan to continue searching for the sources of high energy cosmic rays. By consolidating data with measurements from other types of observatories, the collaborators hope to clarify the astrophysical mechanisms that produce the cosmic rays constantly raining down on Earth.

We present the first catalog of gamma-ray sources emitting above 56 and 100 TeV with data from the High Altitude Water Cherenkov Observatory, a wide field-of-view observatory capable of detecting gamma rays up to a few hundred TeV. Nine sources are observed above 56 TeV, all of which are likely galactic in origin. Three sources continue emitting past 100 TeV, making this the highest-energy gamma-ray source catalog to date. We report the integral flux of each of these objects. We also report spectra for three highest-energy sources and discuss the possibility that they are PeVatrons.