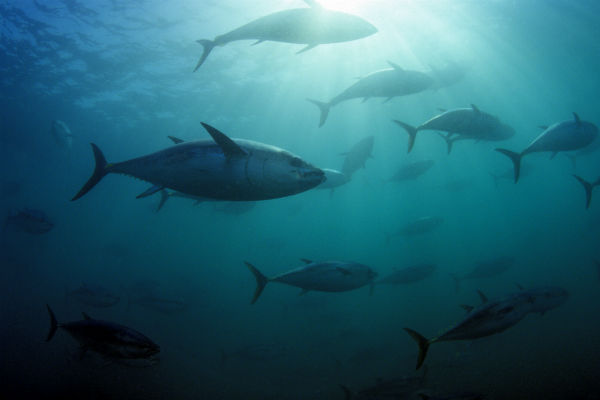 Scientists were shocked to learn recently that levels of ionizing radiation in sea life living off the eastern coast of Japan are still exceptionally high following the devastating earthquake and tsunami that struck the region back in March 2011. And according to a new paper published in the journal Science, which draws on a myriad of data collected by the Japanese Ministry of Agriculture, Forestry and Fisheries (MAFF), the discovery could mean that seafood from Japan will be inedible for at least the next decade.

Since the disaster first occurred, researchers from Japan have been routinely catching and analyzing sample fish from the waters near the Fukushima Prefecture, which became tainted by radioactive runoff from damaged cooling pools and failed reactors following the disaster. The goal has been to continually test fish in the area to see whether or not levels of radioactive isotopes have fallen since the time earlier tests were conducted, which were verified at the time to be in excess of federal limits.

Much to the team’s surprise, radiation levels were found to still be about the same as they were before, indicating that either the Fukushima plant is still leaking radioactive materials, or that these radioactive materials have been accumulating at the ocean’s bottom, where fish continue to become exposed to them. In either case, cod, flounder, halibut, pollock, skate, sole, and various other bottom-feeding fish living in the area are likely unsafe for human consumption for at least the next ten years.

“These fish could have to be banned for a ling time,” said Ken Buesseler, a senior scientist at the Woods Hole Oceanographic Institution in Massachusetts, and author of the new paper. “The most surprising thing for me was that the levels

Among roughly 9,000 fish sampled, Buesseler observed that levels of cesium-134, the half-life of which is about two years, are generally the same as they were a year ago. Cesium-134, of course, is the same toxic substance that was found in U.S. soil samples collected just months after the Fukushima disaster (naturalnews.com), as well as in the U.S. milk supply. (naturalnews.com/)

“There’s no doubt there’s a continued source of contamination,” added Buesseler, noting that contamination could be coming from either the Fukushima plant, the sea floor, or both. “There is the on-going leakage into the ocean of polluted ground water from under Fukushima, and there is the contamination that’s already in the sediments just offshore,” he told BBC News.(bbc.co.uk/)