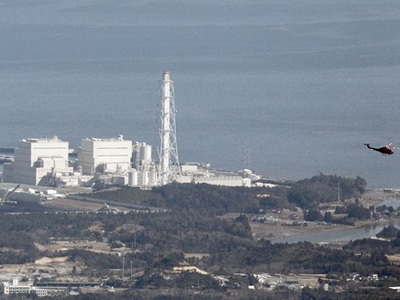 A small amount of radioactive cesium was found in the urine samples from 141 infants and young children living in Fukushima Prefecture, where the crippled nuclear power plant is located, among 2,022 of those surveyed, a Japanese research group has said.

Three urine samples contained more than 10 becquerels of cesium per kilogram, including a case with 17.5 becquerels. Ten becquerels or less of cesium was found in the samples of the other 138, the Yokohama-based Isotope Research Institute said yesterday. The urine samples also contained about an average 64 becquerels of radioactive potassium. “The level of cesium is lower than that of potassium, and it definitely has no effect on the human body,” said Hideaki Karaki, honorary professor of food safety at the University of Tokyo. “But we still need to know how cesium was taken into those infants’ bodies.”

The research institute said those children with over 10 becquerels of cesium were eating home-grown vegetables. The survey, conducted from last November to January, covered infants and children up to age 7.

According to Fukushima Prefecture, the cesium testing covered the largest number of citizens since the Fukushima Daiichi nuclear plant was hit by a massive earthquake and tsunami in March 2011.