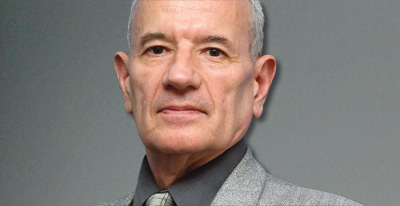 In October 2011, Nikola Aleksic, leader of Ecological Movement of Novi Sad in Serbia, was arrested and fined. Earlier on his way to a conference in Belgrade, an attempt was reportedly made on his life. And Monsanto has sued him with the threat of removing him and his family from their rented flat as “collateral.”

He forcefully spoke of all this as genocide. That the future of Serbians will fade away from the poisons of chemtrails and the toxicity and sterility generated by GMOs.

Mara Kern, wrote the original article, posted by “Food Freedom” and others, on Nikola Aleksi. She was posting a plea for help with Nikola’s case in Serbia. Her command of English is very good, but there are passages that indicate English is her second language.

In addition to her plea, there is a video of Nikola’s brave challenge with English subtitles as well as an English text of most of his speech. He even called on the Serbian Army to do their duty and protect Serbian skies. He demanded the Serbian prosecutor declare Serbia a non-GMO zone.

Then he warned the president of Serbia, Boris Tadic, that if he continued to play along with Monsanto’s GMO plans and not put a stop to chemtrails, he would urge Sebians to hit the streets and he, Nikola Aleksi, would be among the first.

As Mara Kern explained, Nikola has done well the ecology movement, but his latest complaints are banned from mainstream media.

There have been two or three Natural News articles referring to Monsanto’s use of Xe, a private security group formerly known as Blackwater. Yes, the mercenary group changed their names to shine up their tarnished image (http://www.naturalnews.com/030896_M…).

As a corporate intelligence agency for Monsanto, Xe is assigned with locating and isolating international GMO dissenters so they can be marginalized, bought, or removed.

Monsanto marches on through government leaders

Monsanto has succeeded with taking over the US Government and its regulatory agencies. They are meeting with resistance elsewhere, but they are persistent and ruthless. It appears Monsanto has what it takes to corrupt leaders of other foreign nations, any which way that allows them entry.

Recently, with the Green Party out of the picture, Ireland’s current ruling party, Finna Fail, dropped Ireland’s non-GMO zone stance. They have gone along with the EU Commission’s decision to alter the EU’s zero tolerance GMO policy. Monsanto is managing to erode resistance in Europe.

Nikola Aleksic has almost been assassinated, according to Mara Kern’s article. And now he has been arrested and is being hassled by Monsanto. He is the Patrick Henry of food freedom and ecological protection.