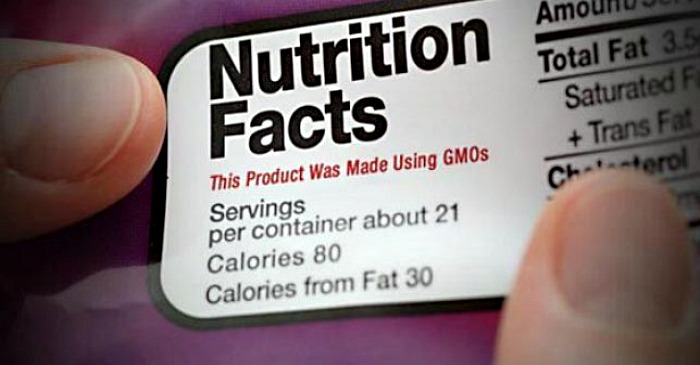 The Vermont Senate has given decisive approval to a measure that would require the labeling of foods that contain genetically modified ingredients, meaning the state could become the first one in the country to enact such a law.

"We are saying people have a right to know what's in their food," said Senate President Pro Tempore John Campbell, a Democrat. The vote was 26-2 in favor of GMO labeling.

Campbell and other supporters said they believe that they have written a measure that is legally defensible, the Burlington Free Press reported. Nevertheless, the bill would create a fund to help pay the state's legal bills, since many lawmakers are assuming that food manufacturers will sue.

According to the paper:

The bill would require food sold in Vermont stores that contain genetically modified ingredients to be labeled starting July 2016. The legislation is up for another vote in the Senate Wednesday before it goes back to the House, which passed a slightly different version last year. Gov. Peter Shumlin has indicated he's likely to sign the bill.

Two other states in the Northeast — Connecticut and Maine — have already passed GMO labeling measures but have delayed their implementation until other neighboring states join them, which is a strategy they hope will protect them from lawsuits. In recent months, national corporations defeated GMO labeling measures in California and Washington State.

Supporters of the Vermont legislation hope the state leads the way on the issue. "Vermont's always first," said organic farmer Will Allen, citing the state's ban on slavery and passage of civil unions and same-sex marriage, all firsts in the country.

Most foods, including some 85 percent of the corn crop in the United States, contain ingredients that have plants or animals that were genetically modified, usually to increase shelf life and resistance to disease. Opponents of GMO foods believe that the modification process is harmful to humans, saying they worsen food allergies and create gluten sensitivity, among other conditions. Sixty nations around the world, as well as the European Union, require the labeling of GMO foods.

As he introduced the measure, Sen. David Zuckerman (P/D-Chittenden) said that questions remain about the safety of genetically modified foods because the U.S. Food and Drug Administration relies on test results from food producers themselves rather than independent sources.

Sens. Peg Flory (R-Rutland) and Norm McAllister (R-Franklin) were the only votes of dissent. Flory, an attorney, said that state Attorney General Bill Sorrell has noted that the state is liable to be sued. And Senate Judiciary Committee Chairman Richard Sears, (D-Bennington) admitted under questioning from Flory that, if Vermont summarily loses a challenge to the measure, as it did with a similar law that required labeling of milk that contained bovine growth hormones, the legal fees could be as high as $8 million.

'That's how some people feel about GMOs'

Meanwhile McAllister, who is a farmer, argued that requiring GMO labeling will accomplish nothing but misleading consumers into thinking that there is something wrong with such foods, which he says is untrue.

"This labeling bill will not tell them anything other than 'GMO something,'" McAllister said, according to the paper. "This does not educate them about what they're eating. The nutritional value is exactly the same."

Senators who have been skeptical of GMO labeling have said they were eventually persuaded to back it because they believed their constituents wanted the information on their food labels. Many said they were flooded with phone calls and emails urging them to pass the bill.

Sen. Joe Benning (R-Caledonia) said he has come to view labeling as akin to the label that tells him how many carbohydrates his bottle of tea contains. That label, he said, gives him information without saying that carbohydrates are evil. "I know what carbohydrates can do to my body. Some people in this room that's exactly how they feel about GMOs," he said.