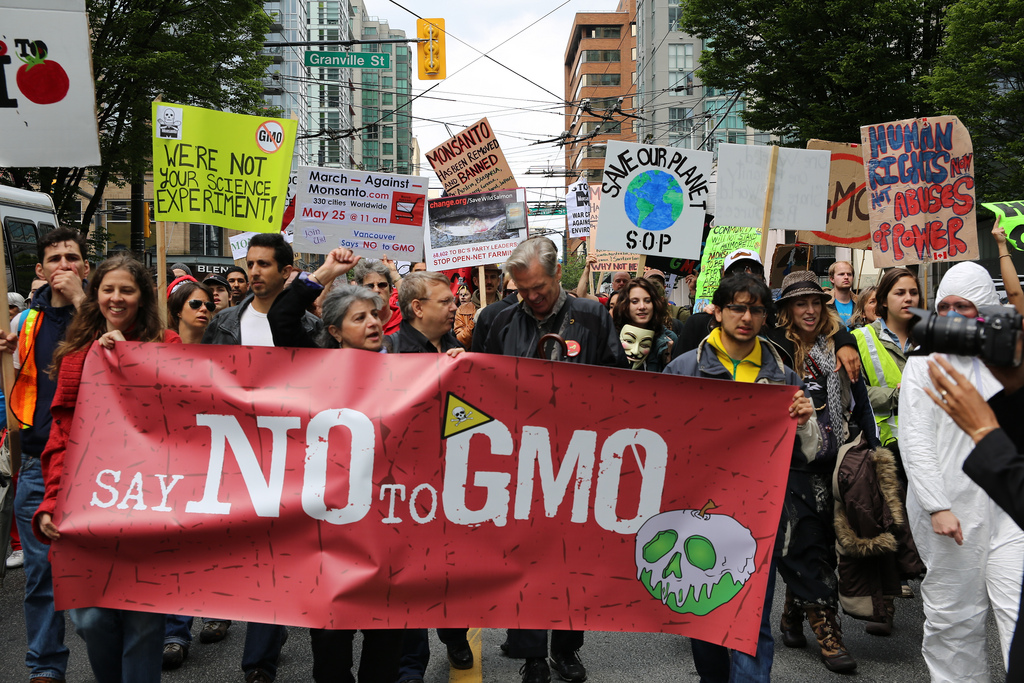 The Russian government has ordered all relevant agencies to examine whether or not to continue imports of genetically modified organisms (GMOs) into the country.

According to reports, Russian Prime Minister Dmitry Medvedev ordered the action, directing the agencies to make their recommendation by October 15.

The order is addressed to Rospotrebnadzor, the Health Ministry, the Agriculture Ministry, and the Trade and Economic Development Ministry. They are ordered to "submit proposals on amendments to the Russian legislation aimed at tightening control over the turnover of products containing components obtained from GMOs together with the relevant federal executive bodies."

'Russia is currently taking a hard line on GMOs'

The Russian agencies have also been instructed to submit proposals "on the possibility of banning the import of such products into the Russian Federation."

Medvedev's order came after a similar directive was issued by Russian President Vladimir Putin following a meeting on the socio-economic development of the Rostov region Sept. 18. Medvedev's orders were posted on the government's website and reported by the Russia-based Interfax News Agency.

"Russia is currently taking a hard line on GMOs – in August the first independent project for identifying whether Russian farmers are growing illegal GM crops started in the Belgorod region," GM Watch reported.

Russian authorities have been on the lookout for illegal GM crops. Recently, the country's National Association for Genetic Safety (NAGS) conducted its first checks of crops for the presence of GMOs, but none were found in any Belgorod fields.

"We remind you that currently, according to the law in Russia, 19 GM lines are allowed in foodstuffs, but the cultivation of GMOs is not allowed," said GM Watch.

After its admission into the World Trade Organization, Russia became obligated to simplify the procedure for registering GM crops, products and feed, seek to stop their safety checks and end controls over their distribution, the GM Watch site reported.

"The Russian ban is the latest blow to Monsanto, a company desperately clinging to the myth that its genetically modified crops are 'no different' than traditional crops and therefore long-term safety testing is completely unnecessary," Adams wrote, adding that Monsanto criticized the French study but did not duplicate the duration of it in its own testing. French researchers conducted their study over a two-year period, while Monsanto's study lasted only 90 days.

It's not just Russia being Russia, folks

Other nations have also moved to ban GM foods:

— Earlier this year, Peru joined Ecuador as the second nation in the Americas to ban GMOs. Local Chef Pedro Miguel Schiaffino summarized the country's rejection by recalling his decision to stop eating store-bought Roma tomatoes: "They're a big monoculture, which is why people usually end up using GMOs. Because when you have monocultures, the crops end up getting diseases, and you have to look for these extreme ways to fix them." Peru, the cradle of the once-great Inca Empire, is the birthplace of the crop, so it says much about a country where you can grow virtually anything to give up GM crops.

— In June, South Korea joined a Japanese ban on U.S. wheat imports following an announcement by the U.S. Food and Drug Administration regarding GMO contamination. Again, Adams was all over it: "…South Korea joined Japan in announcing a halt on imports of U.S. wheat due to the USDA's recent announcement that commercial wheat grown in the USA is contaminated with Monsanto's genetically engineered wheat."

— In August, the French government announced that, despite a ruling by the French Council of State that the longstanding ban violates European Union (EU) law, it would extend its current moratorium on the cultivation of Monsanto's genetically modified corn.

EU’s GMO revolution: More than half of EU member states opt out of GM crop usage

DNA from GMOs can pass directly into humans, study confirms