The 15th typhoon of the season landed near Hamamatsu, Shizuoka Prefecture, at around 2 p.m., bringing strong winds and heavy rain to vast areas of western and northern Japan.

Typhoon Roke is moving northeast after making landfall on the Pacific coast of central Japan. The Meteorological Agency is calling for maximum caution against possible mudslides, floods, strong winds and high waves. The agency says that after making landfall near Hamamatsu City, Shizuoka Prefecture, at around 2 PM, the typhoon was apparently near Chichibu City, Saitama Prefecture at 6 PM, heading northeast at a speed of 50 kilometers per hour. 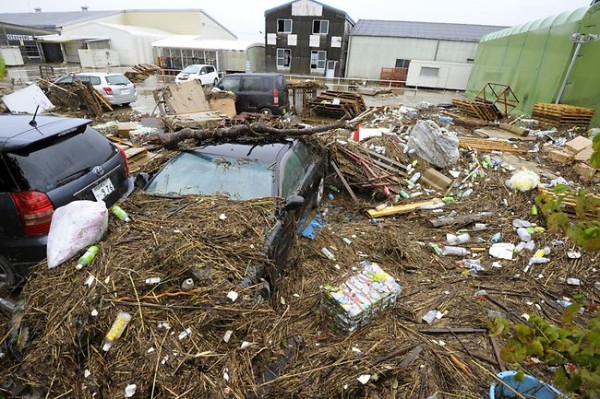 At the typhoon’s peak around 11 a.m. Wednesday, roughly 1.21 million people from 512,000 households had been advised to evacuate by local governments, according to a Kyodo News tally.

As of 3 PM on Wednesday, more than 1,000 homes in 30 prefectures have been inundated by heavy rain. More than 89,000 households in 13 prefectures have lost power. The typhoon has also disrupted the country’s air and shinkansen bullet train services. (NHK) 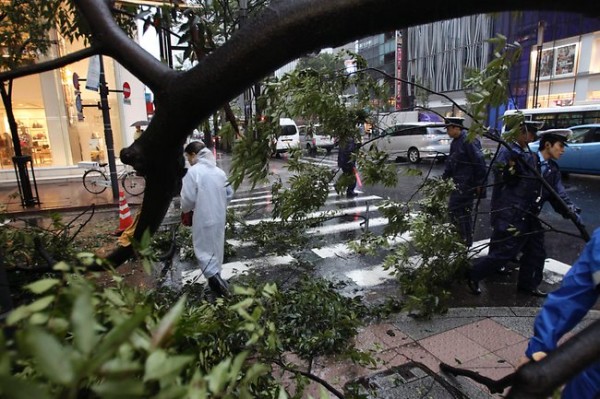 Typhoon Roke is expected to approach the northern prefecture of Fukushima on Wednesday night. It has already brought a total rainfall of more than 200 millimeters to the area since Tuesday midnight.

Efforts to install steel plates at the plant’s water intake area have been halted for fear of storm surges. Strong winds and heavy rain have forced the suspension of work to cover the No. 1 reactor building.

Outdoor piping and pumps for injecting water into the reactors have been secured with ropes to keep them from being knocked over by strong winds.
Tokyo Electric Power Company has confirmed rainwater has flowed into the basement floor of the No. 6 reactor turbine building and that it has found leaks in the roof of the central control room of the No.1 and 2 reactors. But no serious damage to the plant has been discovered.

Rainfall of up to 250 millimeters is expected in the area through Thursday noon, but TEPCO says radioactive wastewater is unlikely to overflow from the reactor turbine buildings. 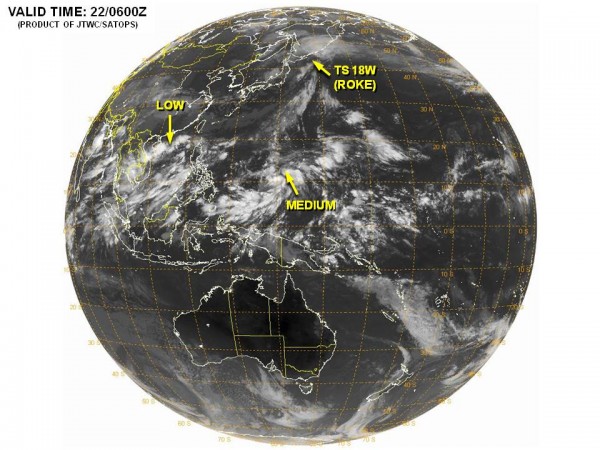