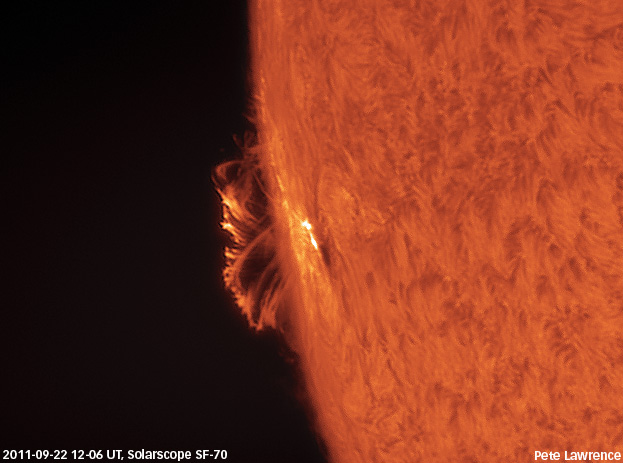 Earth-orbiting satellites have detected a long-duration X1.4-class solar fare coming from a new sunspot on the sun’s eastern limb. The blast, which peaked at 1100 UT, produced a significant CME, but the cloud is not Earth-directed. (SpaceWeather)

A long duration X-Class Solar Flare reaching X1.4 took place around the new Sunspot rotating into view on the eastern limb. This event caused a radio blackout reaching the R3 level which effected areas located on the sunlit side of earth. A Type II and Type IV radio sweep frequency event resulted as well as a TenFlare. A bright CME is seen in the latest STEREO Ahead COR2 images, but will most likely not be earth directed because of the sunspots position. (SolarHam)

Solar activity has been high with one X-Class flare and multiple M-Class flares taking place around the new Sunspot rotating into view on the eastern limb. This region is not yet in prime position for earth directed CMEs. There will remain the chance for strong solar flares. 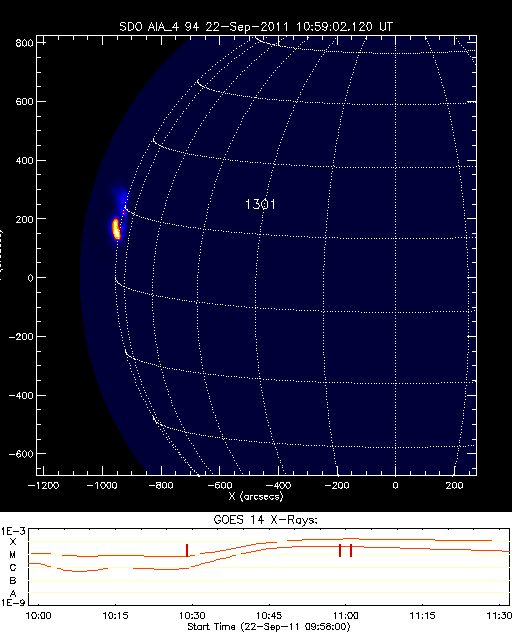 Newly numbered NOAA Region 1302 (the bright area in the upper left of the NOAA/GOES-15 SXI image shown below) produced an X1 (NOAA Scale R3 â€“ Strong) flare peaking at 7:01 AM Eastern (11:01 GMT) this morning. This flare did have an impressive coronal mass ejection (CME) associated with it.

However, given the location of Region 1302, this CME was not directed at Earth. Activity from this location can also increase the population of energetic protons near Earth (NOAA Solar Radiation Storm Scale), but these enhancements would be slow rising. This region is just now rotating into view, so the potential for continued activity is certainly there. Stay tuned for updates. (NOAA/SWPC) 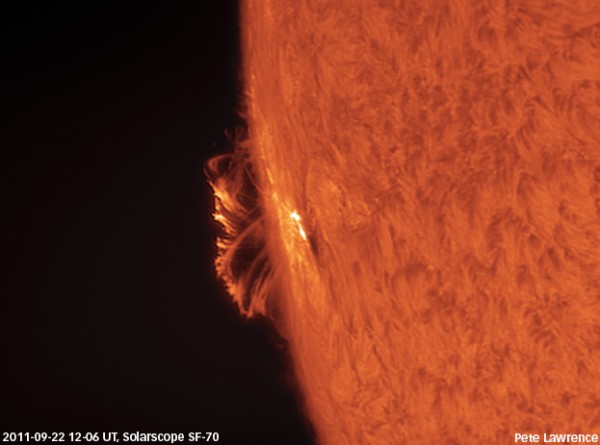