NASA's Terra and Aqua satellites captured a majestic shot of blooms of phytoplankton showing up in higher concentrations across the Arctic Ocean this summer.

Every summer, parts of the Arctic Ocean and surrounding seas lose their ice cover and bask in ample sunlight. During this period, some of the open-water areas become animated with blooms of phytoplankton that are vibrant and large, making them seen from space.

This year, phytoplanktons emerged in numbers across ice-free northern latitudes. Blooms across the Barents Sea– north of Scandinavia and Russia– were visible from space and were captured by the Moderate Resolution Imaging Spectroradiometer (MODIS) on Terra and Aqua. 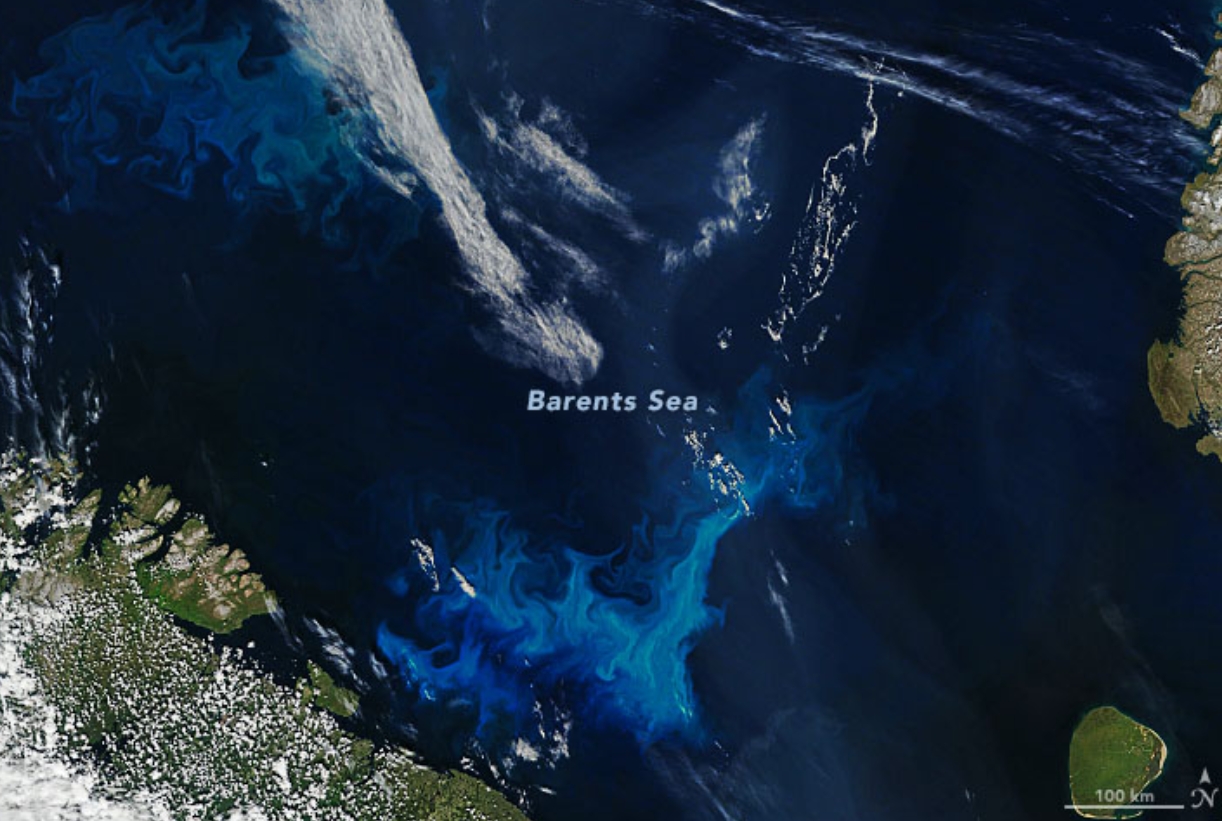 In the Barents Sea, blooms that appear in spring and early summer are usually composed of diatoms– a microscopic form of algae with silica shells and ample chlorophyll, hence, the green color.

Waters become warmer by late July and into autumn, promoting blooms of coccolithophores– a type of phytoplankton that transforms the water milky white-green in satellite imagery due to their calcium carbonate shells.

This increase was likely the result of vast expanses of ice-free waters and a longer growing season. 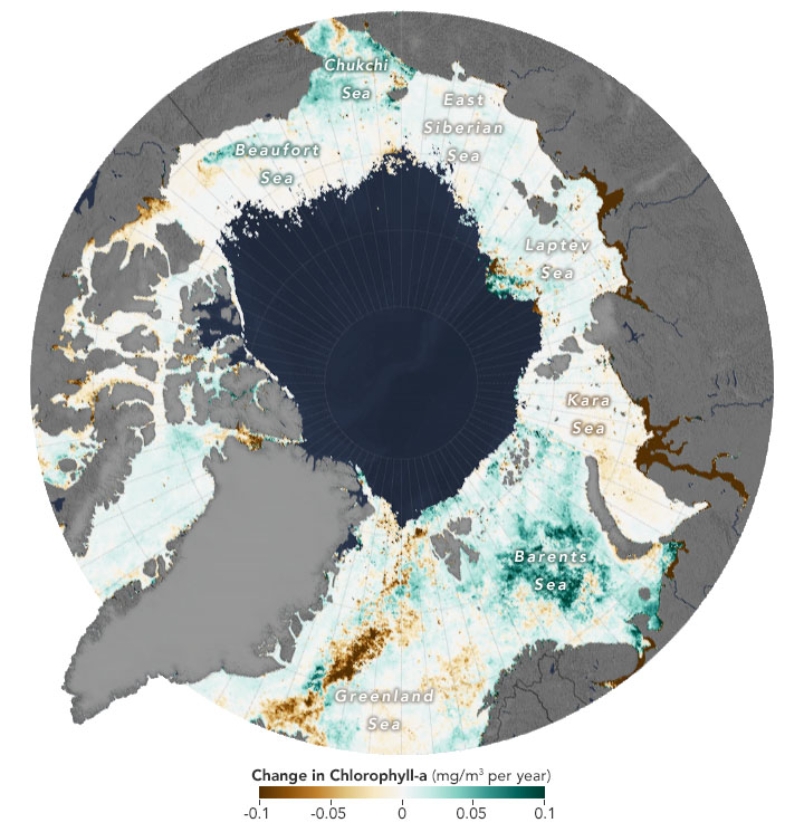 Blooms are common around the Arctic, but new research shows that phytoplankton biomass is on the rise in the Arctic Ocean, and researchers found that the rate of growth had increased by 57 percent between 1998 and 2018.

"We were certainly surprised to see that phytoplankton biomass has begun to increase in the Arctic," said Stanford biological oceanographer Kevin Arrigo.

"Many people have been saying that with the increased melt, nutrient inventories would decline, but that is not what we saw."

Since 2009, the increases have been due to phytoplankton growth in higher concentrations, implying that nutrients are becoming greater in some parts of the Arctic Ocean.

However, not all areas saw growth. Arrigo presumed that the decline in the waters east of Greenland, for instance, might be linked to higher nutrient consumption upstream in waters that were more productive.

As the Arctic sea ice cover continues to lessen, it remains unclear how phytoplankton biomass will change in the future.

"The Arctic Ocean is changing at an alarming rate and soon may lose a lot of its uniquely polar characteristics. There will always be winter ice, but for the rest of the year, it’s starting to look a lot like our temperate oceans."