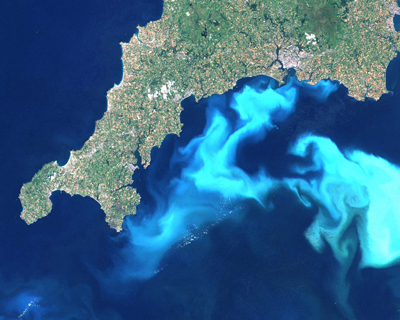 Scientists have for the first time examined on a global scale how calcified algae in their natural habitat react to increasing acidification due to higher marine uptake of carbon dioxide.

In the current issue of the magazine Nature they explain that Coccolithophores, a certain group of algae, form thinner calcite skeletons when the pH value in the ocean drops. In marine ecosystems, changes in the degree of calcification are much more pronounced than presumed to date based on laboratory tests. These changes have an impact on the global carbon balance since the examined microalgae influence the carbon dioxide exchange between ocean and atmosphere.

Around one third of the anthropogenic carbon dioxide is being absorbed by the oceans where it forms carbonic acid and its reaction products. The mounting combustion of fossil energy sources led to increased acidification of the ocean over the past century and has affected marine ecosystems. Calcifying organisms like corals and certain microalgae, so-called coccolithophores, react extremely sensitively. These microscopic algae number among the phytoplankton and form a skeleton of calcite platelets.

The group of coccolithophores is very widespread and produces a large portion of the marine lime – a process that has led to lime deposits, such as the chalk cliffs on Rügen, over geological time scales. The reactions of calcified microalgae to ocean acidification in their natural environment have not yet been studied on a global scale. Using a method developed by Dr. Luc Beaufort, CNRS researcher at the French research institute CEREGE (Univ. Aix-Marseille/CNRS), it has now been possible to analyse a large number of plankton and sediment samples that document the changes in the calcification of coccolithophores in the present-day ocean as well as over the past 40,000 years.

The results show that coccolithophores form less lime when the water contains less carbonate ions, i.e. when it has a lower pH value (is “acidic”). “The reactions in the natural system are much more pronounced than assumed up to now,” reports Dr. Björn Rost from the Alfred Wegener Institute for Polar and Marine Research in the Helmholtz Association, who is involved in the study. 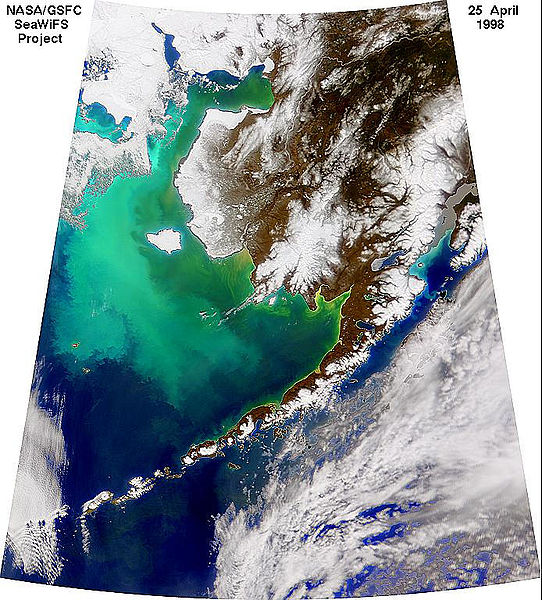 Laboratory experiments have already shown that the degree of calcification decreases, as water gets more acidic, i.e. the algae form a thinner skeleton. In the marine ecosystem, however, there is a shift in species composition from strongly to weakly calcified species and strains.

“Even small physiological differences in their reactions to environmental changes may have great ecological consequences if this influences their competitiveness,” explains Rost.

As ocean acidification increases, species that have to invest more energy to form their calcite skeleton may be displaced. Consequently the group of coccolithophores might take up less carbon in future – with uncertain consequences for the global carbon cycle. 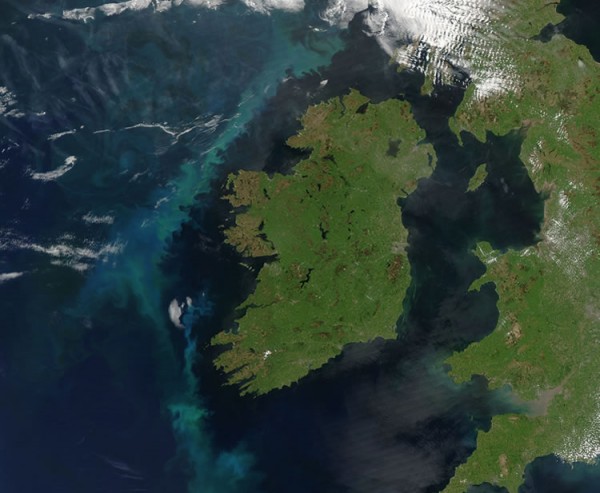 However, the study also shows that there may be exceptions to this general trend. In the coastal zone of Chile, where the “most acidic” conditions in the present-day oceans prevail (pH values of 7.6 to 7.9 instead of 8.1 on average), scientists found extremely calcified coccolithophores. Genetic analysis showed that a distinct strain of the coccolithophore species Emiliania huxleyi has evolved here. This strain has evidently succeeded in adapting to environmental conditions that are unfavourable for calcification. In view of the currently rapid pace of climate change, however, it is extremely questionable whether other representatives of the coccolithophores are able to adjust to this pace. (IrishWeatherOnline)