Scientists developed a new physics-based technique that successfully predicted seven of the Sun's largest flares from the past solar cycle, out of a set of nine. With further improvement, the new model could be used to inform forecasters of these intense radiation outbursts.

A team of scientists led by Kanya Kusano, the director of the Institute for Space-Earth Environmental Research at Japan's Nagoya University, developed the model based on the Solar Dynamics Observatory's data of magnetic fields on the Sun's surface.

This new prediction method focuses on how and when the Sun's tangled loops of magnetic fields rearrange in a process called magnetic reconnection, emitting bursts of energy that mark solar flares.

Within an active region, there are boundaries where the magnetic field is positive on a side and negative on another, like a refrigerator magnet. 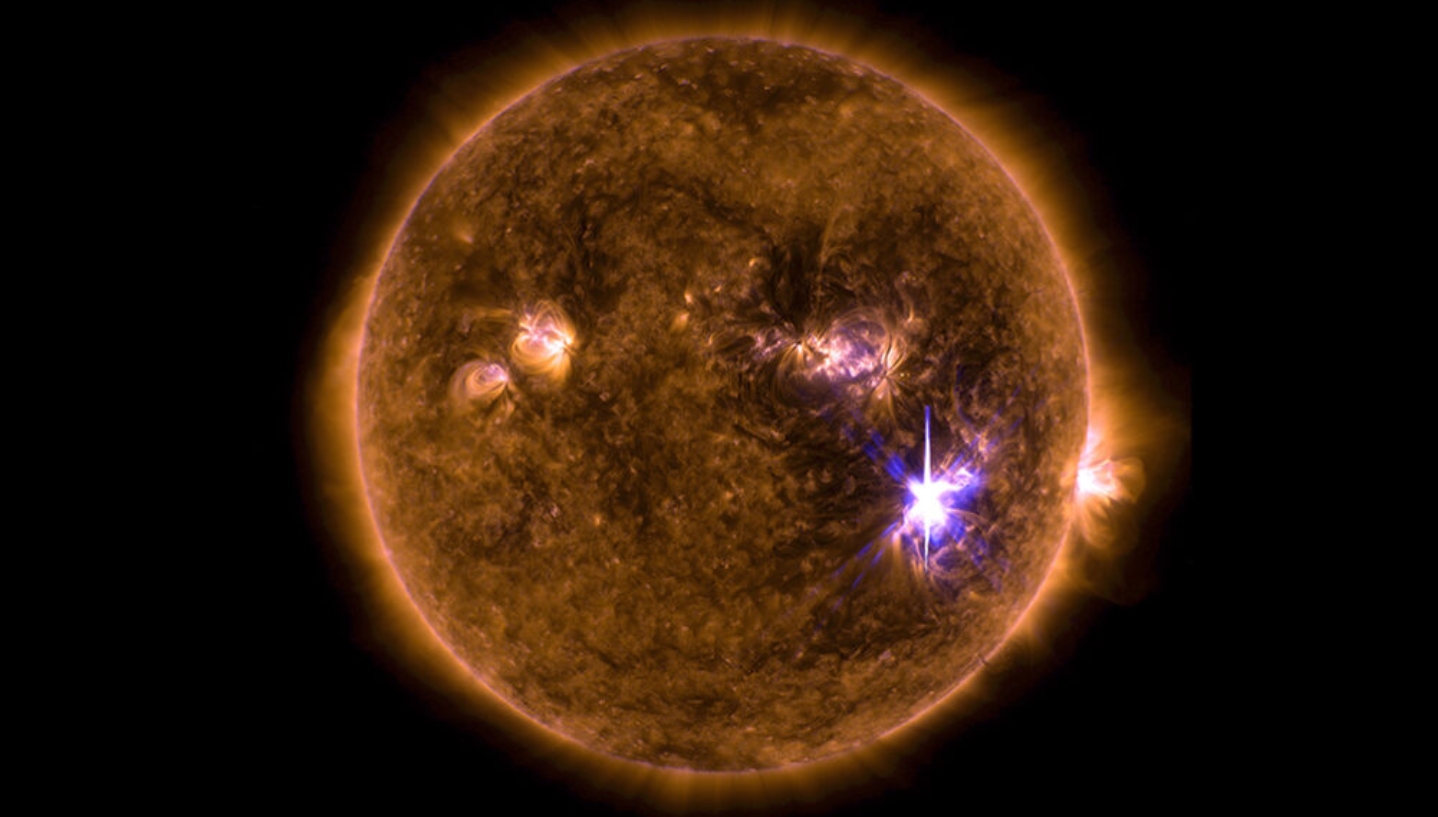 "It's similar to an avalanche," said Kusano. "Avalanches start with a small crack. If the crack is up high on a steep slope, a bigger crash is possible."

When reconnection occurs near the boundary, a large flare is possible. Far from the boundary, there is less energy available and a budding flare can be released, although the Sun could still emit a swift cloud of solar material called a coronal mass ejection, Kusano pointed out.

The team studied seven active regions from the past solar cycle that generated the strongest flares on the Earth-facing side of the Sun. SDO's observations of the active regions helped them track the right magnetic boundaries and measure instabilities.

The model predicted seven out of nine total flares, with three false positives. Kusano explained that the two that the model did not account for were exceptions to the rest– unlike the others, the active region they exploded from was much larger and did not produce coronal mass ejection.

"Predictions are the main goal of NASA's Living With a Star program and missions," said Dean Pesnell, the SDO principal investigator at NASA's Goddard Space Flight Center in Greenbelt, Maryland, who was not involved in the study.

"Accurate precursors such as this that can anticipate significant solar flares show the progress we have made towards predicting these solar storms that can affect everyone."

Solar flares are highly energetic events in the Sun’s corona that affect Earth’s space weather. The mechanism that drives the onset of solar flares is unknown, hampering efforts to forecast them, which mostly rely on empirical methods. We present the κ-scheme, a physics-based model to predict large solar flares through a critical condition of magnetohydrodynamic instability, triggered by magnetic reconnection. Analysis of the largest (X-class) flares from 2008 to 2019 (during solar cycle 24) shows that the κ-scheme predicts the most imminent large solar flares, with a small number of exceptions for confined flares. We conclude that magnetic twist flux density, close to a magnetic polarity inversion line on the solar surface, determines when and where solar flares may occur and how large they can be.