Tropical Storm "Faxai" formed in the Pacific Ocean on September 5, 2019, as the 15th named storm of the 2019 Pacific typhoon season.

The minimum central barometric pressure was 1002 hPa and the system was moving northwestward at 19 km/h (12 mph).

The system will continue on its current track, and turn more northwestward after 48 hours. 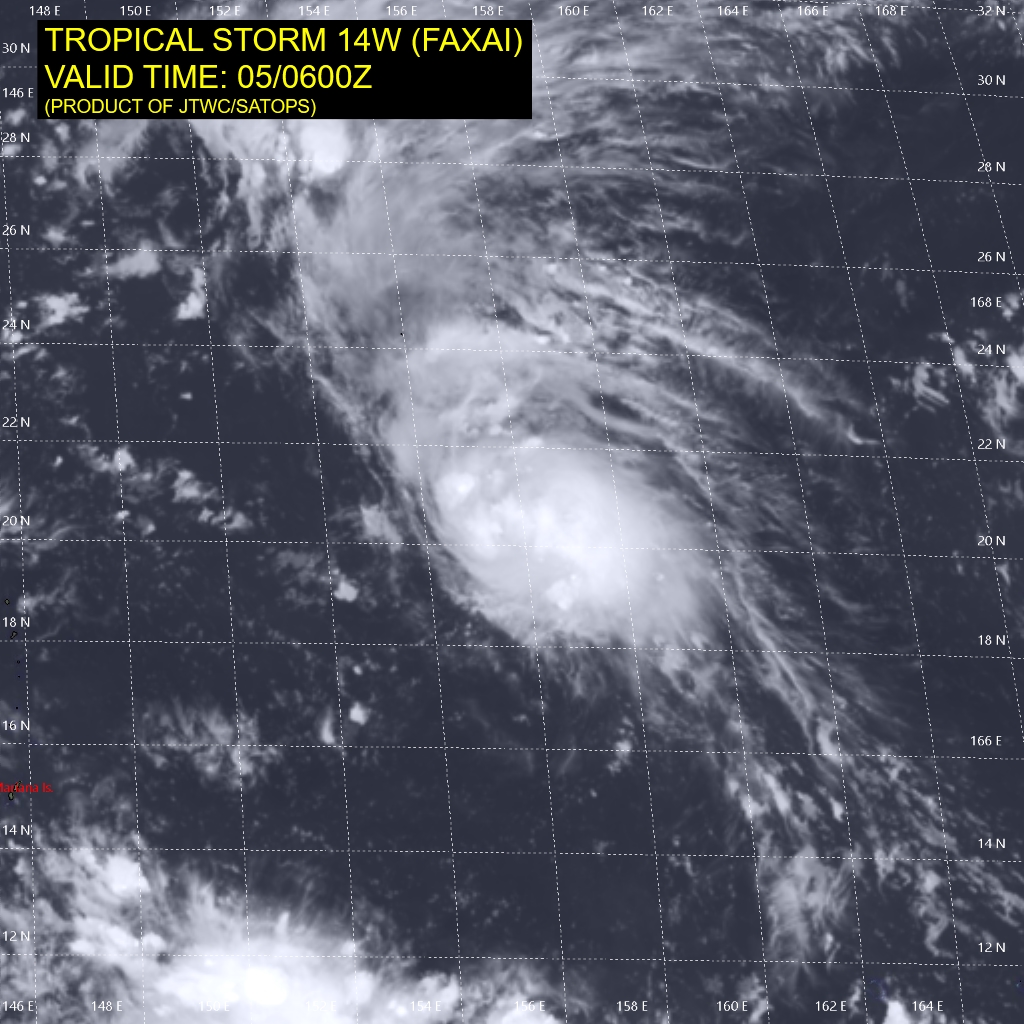 JTWC expects landfall near Tokyo around 12:00 UTC on September 8.

Extratropical transition is expected on September 9 as the cyclone accelerates northeastward across the Kanto Plain, exiting back over the Pacific Ocean.