Hurricane "Dorian" is expected to bring damaging winds and life-threatening storm surges along a large portion of the Southeast and Mid-Atlantic coasts of the United States during the next couple of days, NHC warns. It continues to lash the coast of the Carolinas, with hurricane conditions likely over portions of the area later today. The center of Dorian will continue to move close to the coast of South Carolina through the day, and then move near or over the coast of North Carolina tonight and Friday. 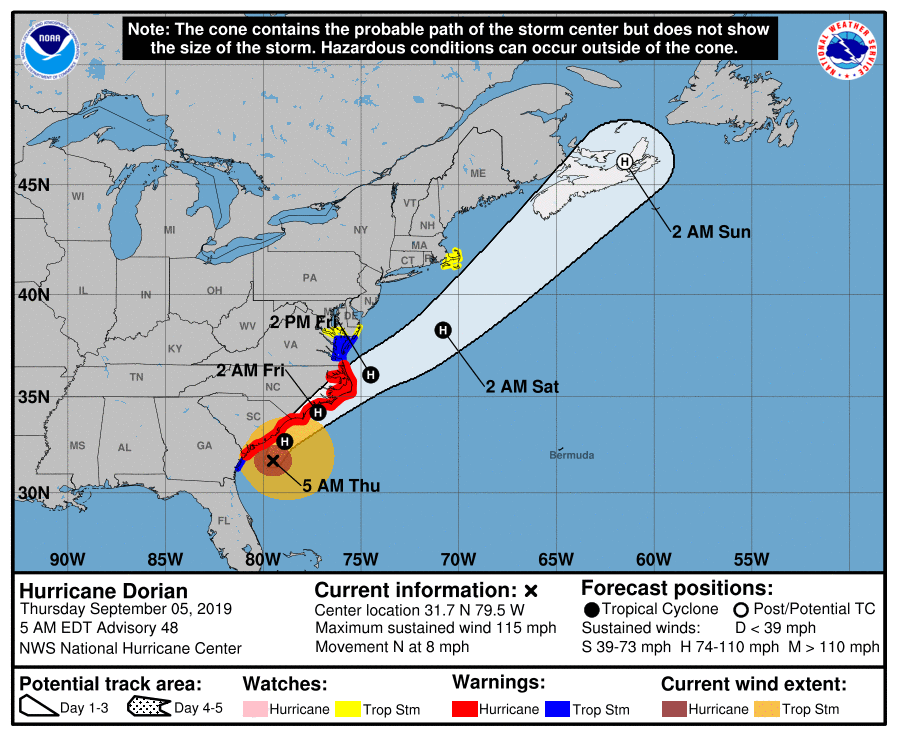 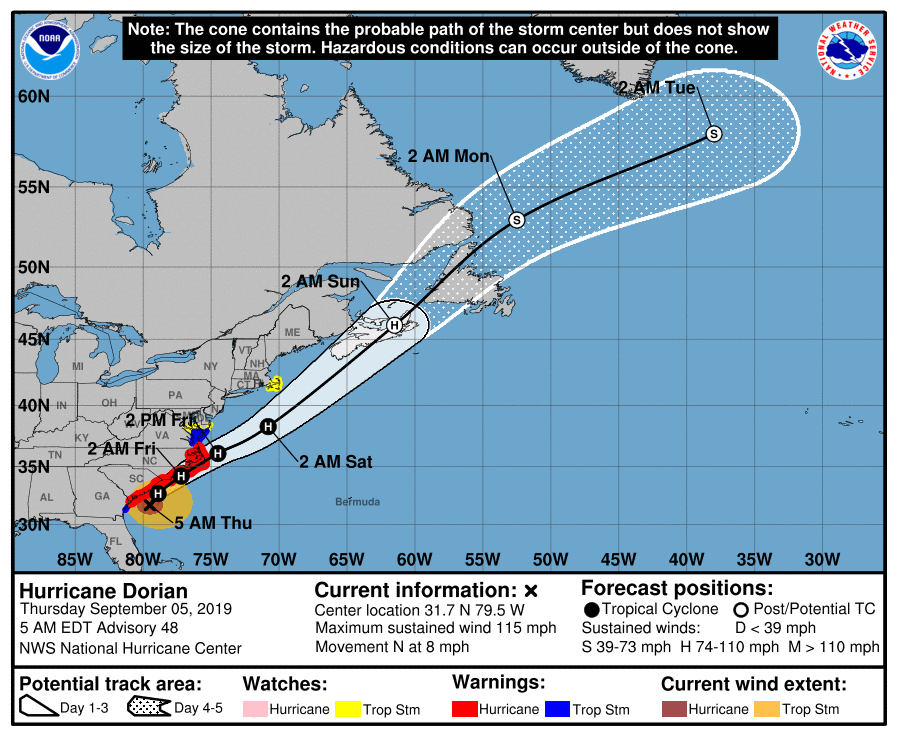 "Even if there isn't a landfall, the impacts are still going to be great everywhere from the Georgia coast toward the Carolina coast, but I'm more worried about more significant impacts along the South Carolina coast and the North Carolina coast over the next 48 hours or so," AccuWeather Chief Broadcast Meteorologist Bernie Rayno said.

The death toll in the Bahamas climbed to at least 20 on Wednesday, September 4, 17 from the Abaco islands and three from Grand Bahama, according to the Associated Press. However, there are reports coming out suggesting a much larger number.

"We can expect more deaths to be recorded," Bahama Prime Minister Hubert Minnis said on Tuesday at a press briefing. "Our priority at this time is search, rescue and recovery. We are in the midst of one of the greatest national crises in our country’s history."

Dorian is a category 3 hurricane on the Saffir-Simpson Hurricane Wind Scale. Some fluctuations in intensity are expected this morning, followed by slow weakening through Saturday, September 7. However, Dorian is expected to remain a hurricane for the next few days.

A turn to the north- northeast is anticipated today, with a turn toward the northeast by tonight (EDT). A northeastward motion at a faster forward speed is forecast on Friday, September 6.

On the forecast track, the center of Dorian will continue to move close to the coast of South Carolina through the day, and then move near or over the coast of North Carolina tonight and Friday.

The center should move to the southeast of extreme southeastern New England Friday night and Saturday morning, and approach Nova Scotia later on Saturday. 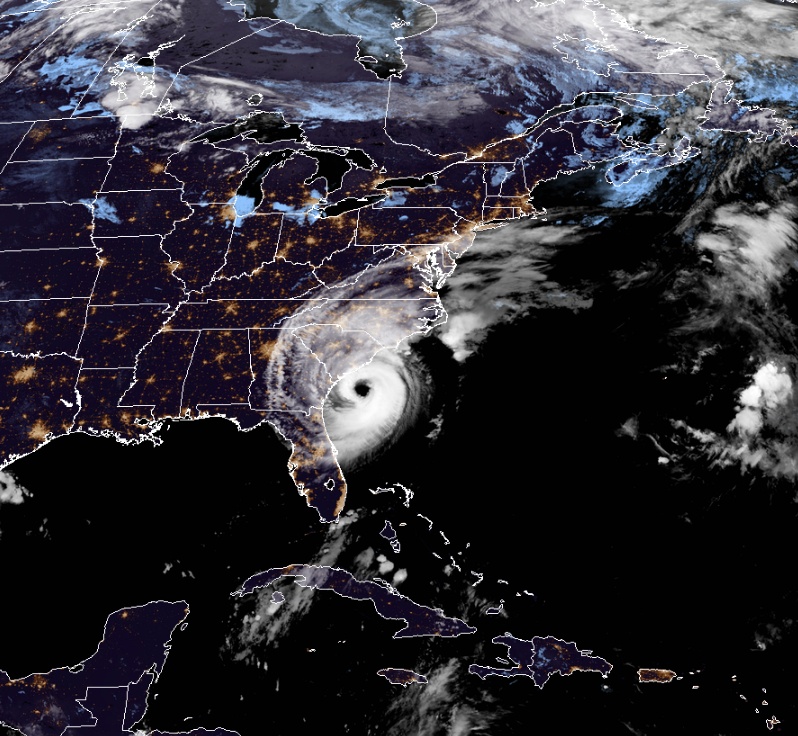 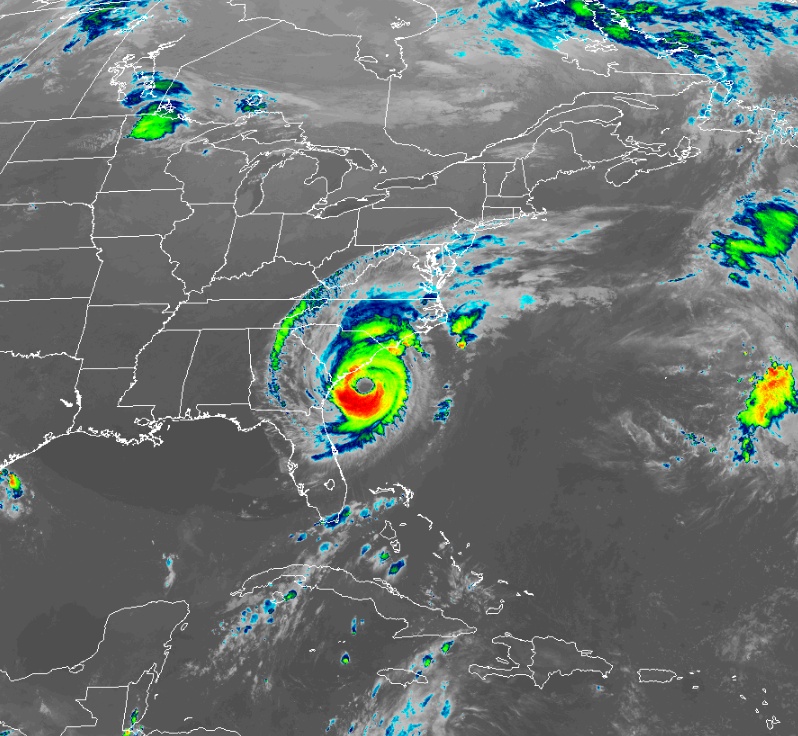 Tropical storm conditions are possible over portions of southeastern Massachusetts by late Friday or early Saturday.

Water levels could begin to rise well in advance of the arrival of strong winds. The surge will be accompanied by large and destructive waves. Surge-related flooding depends on how close the center of Dorian comes to the coast, and can vary greatly over short distances.

Dorian is expected to produce the following rainfall totals through Friday:

This rainfall may cause life-threatening flash floods.

Large swells will affect the northwestern Bahamas, and the entire southeastern United States coast from Florida through North Carolina during the next few days. These swells are likely to cause life-threatening surf and rip current conditions.

A few tornadoes are possible through this afternoon near the coastal South and North Carolina border area. This threat will expand northeastward across the rest of eastern North Carolina during the afternoon and continue into tonight.