Tropical Cyclone "Kajiki" made landfall in Vietnam on September 3, 2019, triggering floods and landslides. At least one people has been killed and one remains missing.

The storm passed through the Batanes Islands, and PAGASA upgraded the system to a tropical depression, naming it Kabayan.

Kabayan made landfall in Hainan, China on September 1, and re-emerged over the South China Sea later, and was upgraded by the JTWC to a monsoon depression. By late September 2, the JTWC began issuing advisories on the system, giving the identifier 16W, while the JMA upgraded the system to a tropical storm, naming it Kajiki. 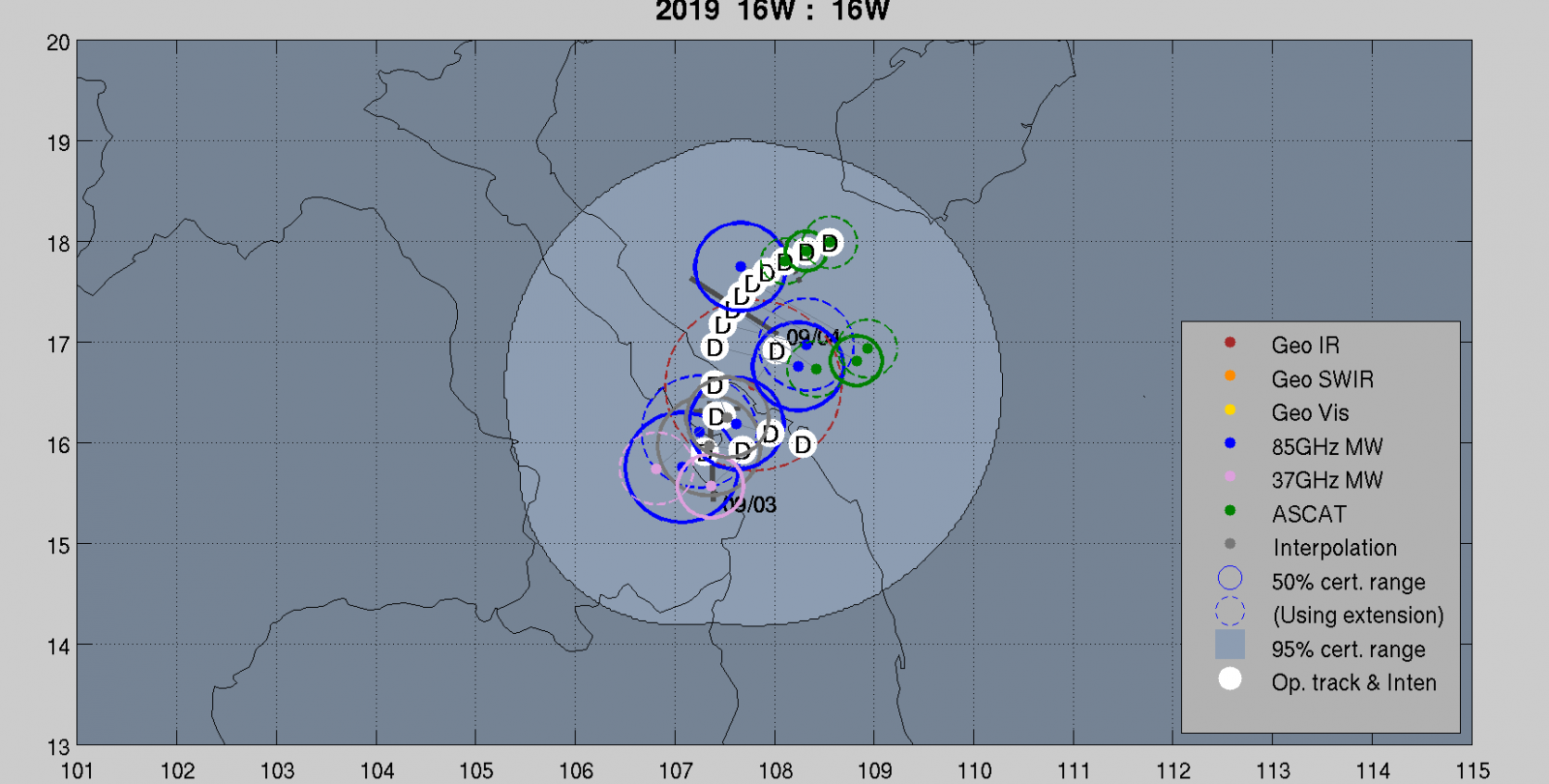 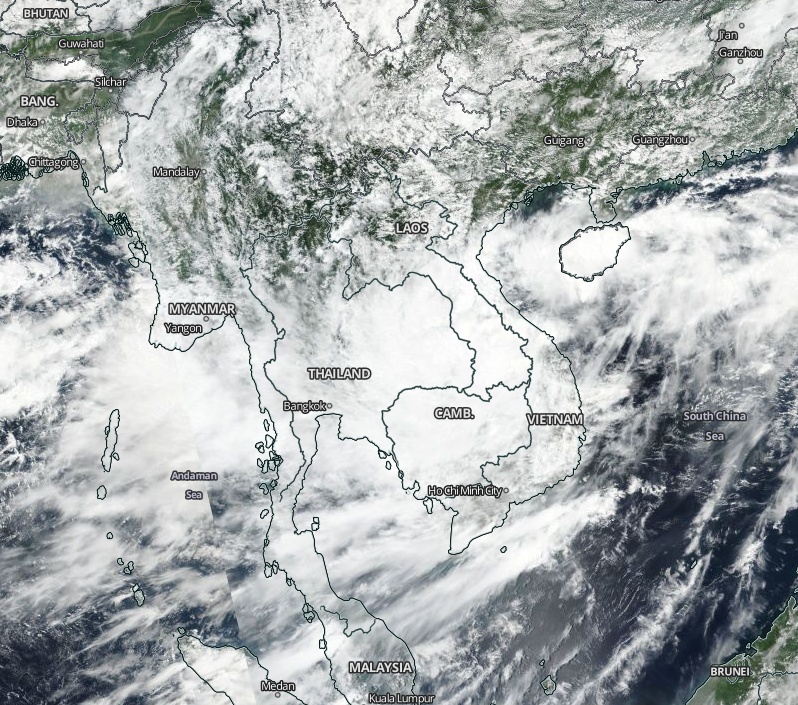 Media reported that the harsh weather resulted in one casualty, one person missing, and another hurt in Quang Bihn Province, central Vietnam. 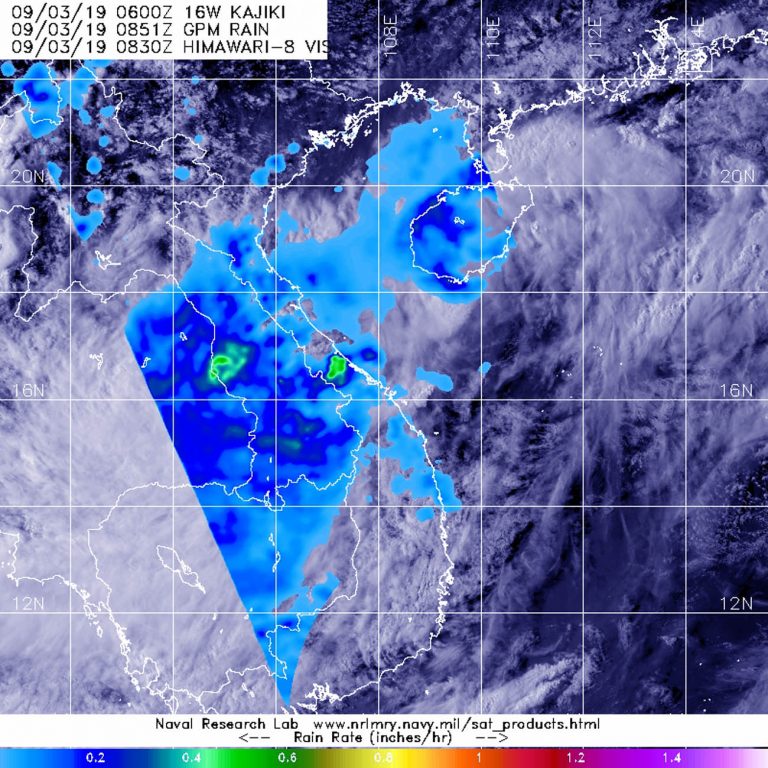 The GPM core satellite passed over Kajiki in the South China Sea at 08:51 UTC on September 4. GPM found the heaviest rainfall (yellow) in areas over central Vietnam and Laos, where it was falling at a rate of 20 mm (about 0.8 inches) per hour. Lighter rainfall rates (blue) around those areas was between 5 and 10 mm (0.2 and 0.4 inches) per hour. Light rain was also falling over Hainan Island, China (blue). The GPM rain data was overlaid on Japan’s Himawari-8 satellite visible imagery of clouds. Credit: NASA/JAXA/NRL

More residents have started evacuating as Huong Hoa and Dakrong Districts were consumed by floods. The conditions were worsened by the opening of dam in Huong Son, Ha Tinh Province, one of the worst-hit areas.

Vinh was also pounded by the storm, taking rains of 150 to 300 mm (5 to 12 inches). Reports stated that there will be further downpours in Vinh to Danang through September 5, increasing dangers of mudslides and floods.

Harsh rains will continue to hit Vietnam over September 4 to 5, as Kajiki is expected to head northeast China and western Taiwan.