People living close to riverbanks received an emergency flood alert in the middle of the night warning them to move to higher ground.

The floods washed out roads, stranding hundreds of people, flooded homes, damaged ferry infrastructure and flushed herds of cattle out to sea. The animals were eventually rescued.

In 24 hours to 09:00 LT, January 27, Cairns Airport recorded 316 mm (12.44 inches) of rain. Police reports mention a number of rescues carried out in the city after drivers ignored all warnings and decided to drive through floodwaters.

"It's a constant worry for us and other emergency services. The people still aren't heeding the message that if it's flooded forget it. It seems to be just ignored. We are having multiple people, driving through flooded waters," Queensland Police Superintendent Geoff Sheldon said.

One person is thought to have died in the swollen Ross River in Townsville.

More rain is expected to hit the region through the rest of the week, especially between Tully and Proserpine. However, it is possible the system may return to the far north later in the week.

The Bureau of Meteorology says the region is expected to receive 1 500 mm (59 inches) in total over a 10-day period. 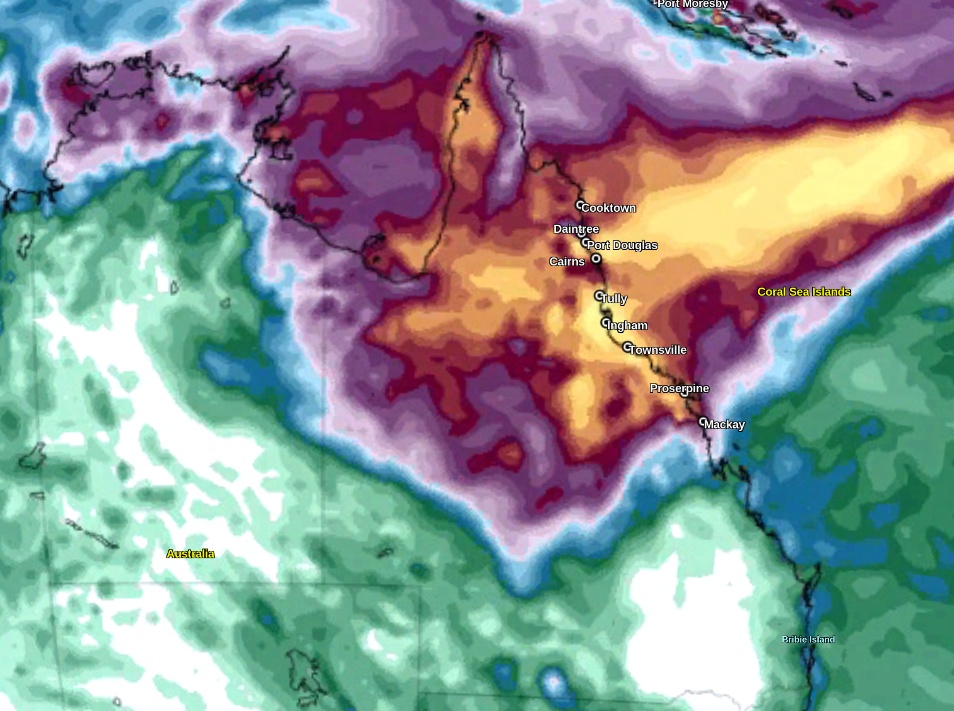 15 cm (6 inches) of water is enough to reach the bottom of most passenger cars, causing loss of control and potential stalling. 30 cm (12 inches) will float many vehicles while 60 cm (2 feet) of rushing water will carry away most vehicles, including SUVs and pickups.

The following Watches/Warnings are current:

The #BigWet continues across #NorthQld with multiple flood warnings in place, including a major flood warning for the Haughton River at Giru. Heavy falls expected to continue for the next week as the monsoon remains active. Stay up to date with warnings: https://t.co/sZAnGLuHsC pic.twitter.com/8M0USm2X9g