Environment Canada maintains Extreme Cold warnings for parts of northern Alberta and Nunavut, almost entire Saskatchewan, Manitoba and most of Ontario and Quebec on January 29, 2019.

A multi-day episode of very cold wind chills continues affecting much of southern Canada. A frigid arctic air mass and brisk winds will result in wind chill values of -40 to near -55 °C (-40 to 67 °F) this morning and again tonight into Wednesday.

Wind chill values of this magnitude are relatively rare in this region, especially in North Ontario and are extremely dangerous. 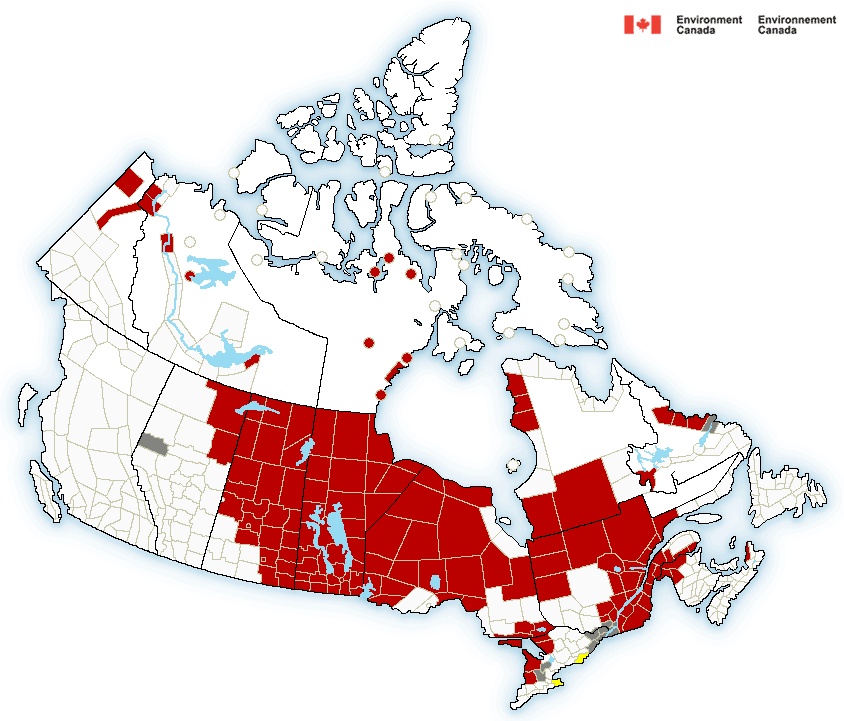 Most of the region woke up to blowing and drifting snow in the wake of Monday's Alberta Clipper. Dangerous snow squall conditions are also likely with the passage of the clipper with very cold air quickly spreading through the day on Tuesday, January 29, with a serious threat for whiteout conditions and high likelihood of record-breaking cold through the rest of the week, The Weather Network said.

Airports have been particularly impacted by the heavy snowfall, and approximately one in four flights, leaving or arriving at Toronto Pearson International Airport, Ontario has been canceled while dozens of flights are canceled or delayed at Billy Bishop Airport in downtown Toronto.

By the evening hours of January 28, Pearson International Airport had already received 17 cm (6.69 inches) of snow, which broke their previous daily snowfall record of 13.4 cm (5.27 inches) in 2009.

The same weather is expected in parts of the neighboring United States.

Back to back cold fronts will slice through the eastern two-thirds of the country to deliver one of the coldest Arctic air intrusions in recent memory, especially from the Upper Midwest to the Great Lakes and Ohio Valley, NWS warns.