Late-season Tropical Cyclone "Zena" has formed just west of Vanuatu in the south-west Pacific on April 5, 2016.

Zena is moving toward the island nation of Fiji where slow-moving area of active thunderstorms brought 208 mm (8.2 inches) of rain on Monday, April 4. The resulting widespread flooding claimed the life of at least one person. 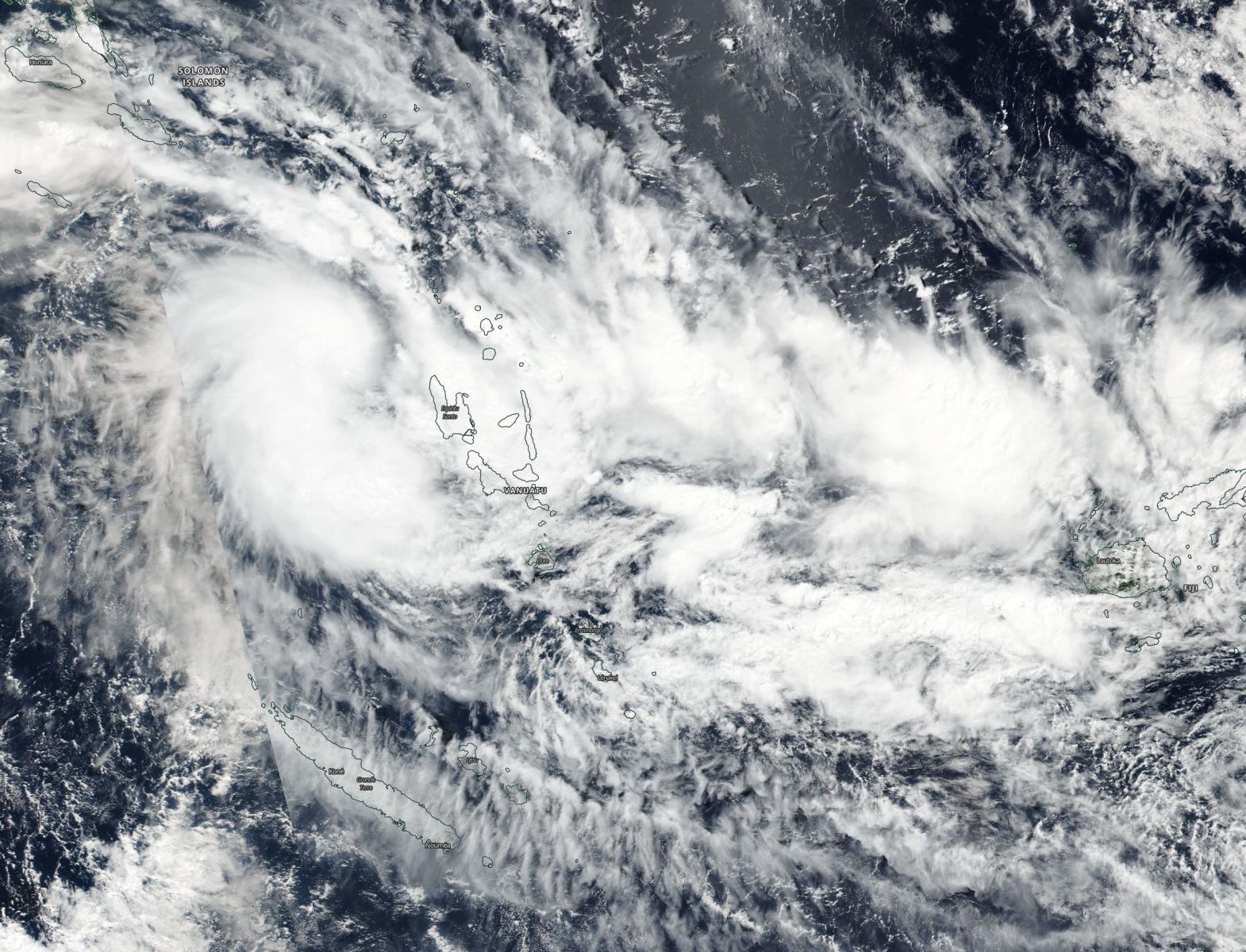 JTWC forecasters said Zena will move east-southeast, cross Vanuatu and track just south of Fiji on April 6, bringing gusty winds, heavy rainfall and rough surf. Zena is expected to strengthen to 82.6 km/h (57.5 mph) on April 6 before weakening again. By April 7, the storm is expected to pass just north of the island of Tonga and run into increasing vertical wind shear which will weaken it.

UK Met Office’s Global Model signals the possibility of a further 250 – 400 mm (9.8 – 15.7 inches) of rain across Vanuatu and Fiji by the end of the week. "With much of Fiji still in recovery after the damage brought by Tropical Cyclone "Winston" in late February, further disruption to the islands is likely." 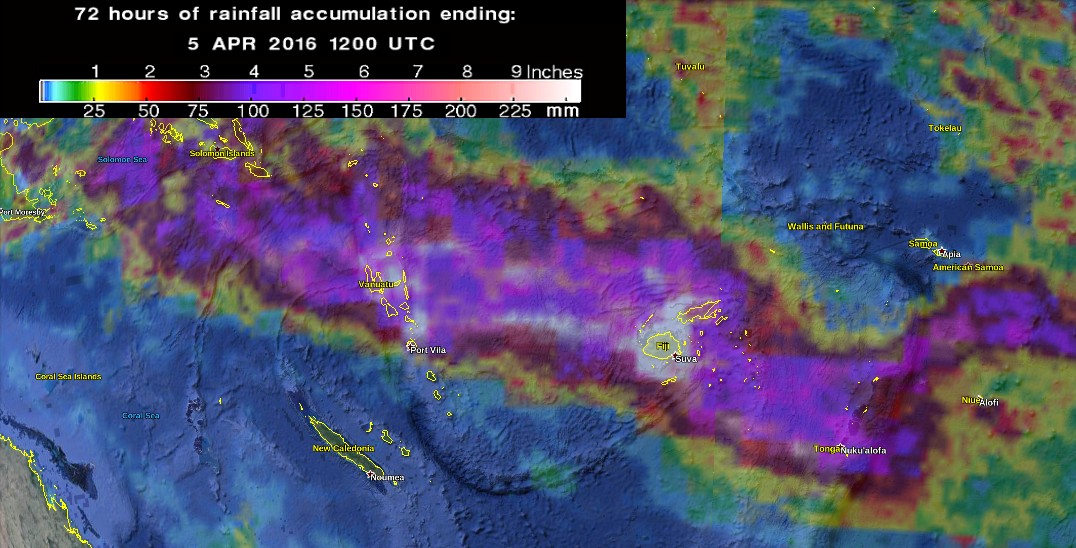 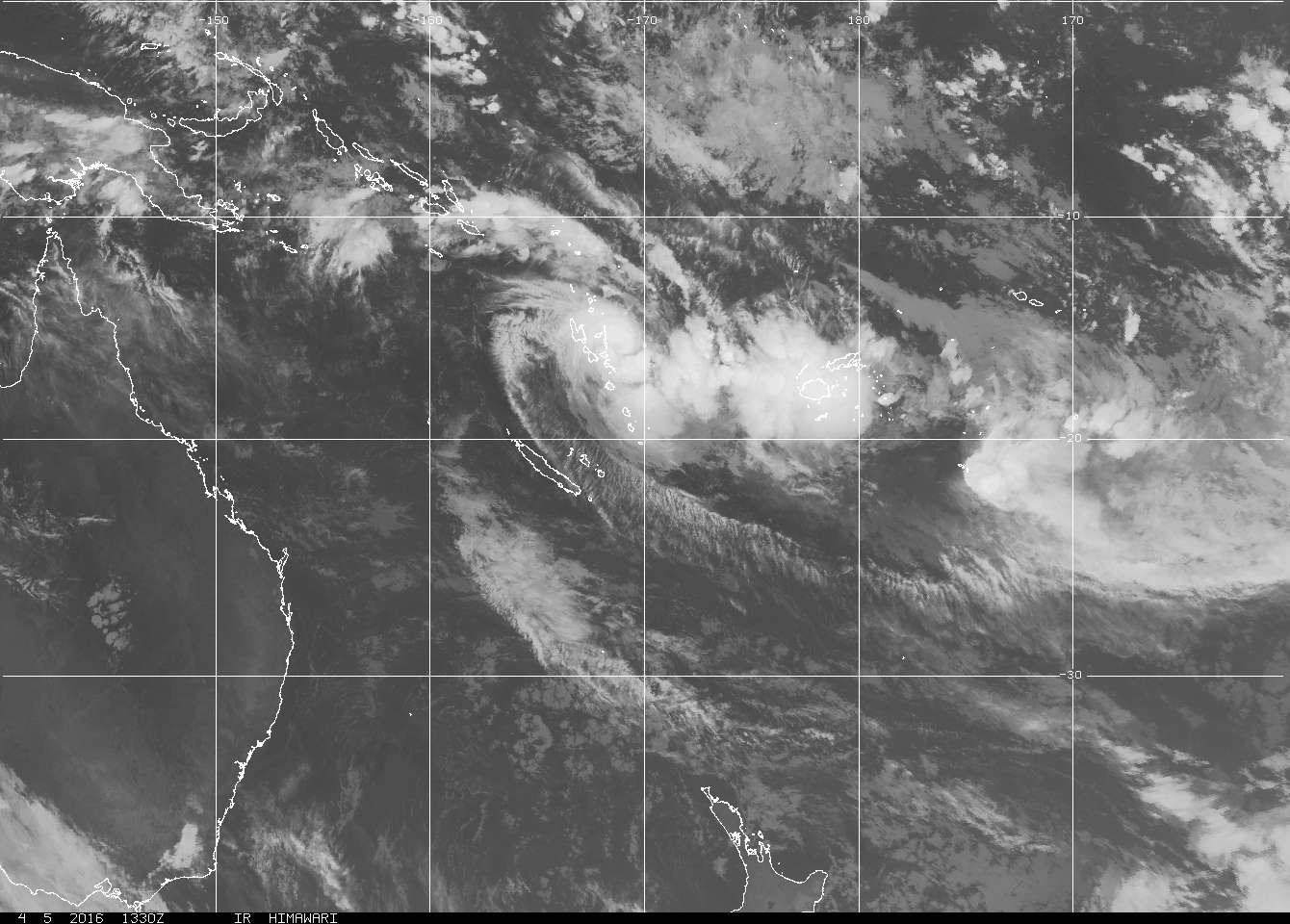