A new study found that Miami Beach flood events have significantly increased over the last decade due to an acceleration of sea-level rise in South Florida.

The study, made by researchers from the University of Miami (UM) Rosenstiel School of Marine and Atmospheric Science, analyzed tide and rain-gauge records, media reports, insurance claims, and photos of flooding events on Miami Beach and in Miami since 2006.

The study also provides new evidence that connects the weakening of the Gulf Stream with sea-level rise along the US Atlantic coast. 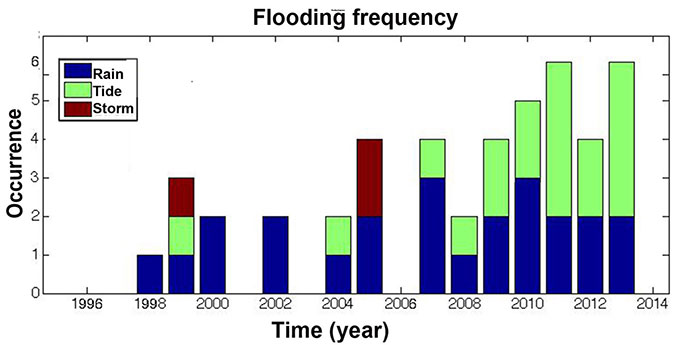 Florida is one of the most vulnerable areas to sea-level rise in the US due to its low elevation, large population concentrations, and economic importance. Accelerated rates of sea-level rise have caused a significant increase in flooding frequency in several coastal communities in Florida.

Researchers suggest that regional sea-level projections should be used in place of global projections to better prepare for future flood hazards in the region.