The anticipated rise in sea levels due to climate change will result in coastlines receding worldwide through erosion. Rising sea level inundates low-lying areas, converts wetlands to open water, erodes beaches, exacerbates flooding, and increases the salinity of estuaries and aquifers. The effects of coastline erosion as a result of rising sea-level rise in the vicinity of inlets, such as river estuaries, lagoons or river mouths, have until now been dramatically underestimated. Other factors like changes in rainfall or certain compensating effects like basin infilling can also affect coastlines in the vicinity of inlets.

When trying to calculate coastline's future development researchers faced a problem of missing a model that takes all these effects into account. A demand for this existed also among engineers, coastal managers and planners. Now, a new model was developed by scientist Rosh Ranasinghe, employed as associate professor at TU Delft and at UNESCO-IHE, along with researchers of the faculty of Civil Engineering and Geosciences at TU Delft, UNESCO-IHE and knowledge institution Deltares. The scientists have published their research in the online edition of Nature Climate Change. 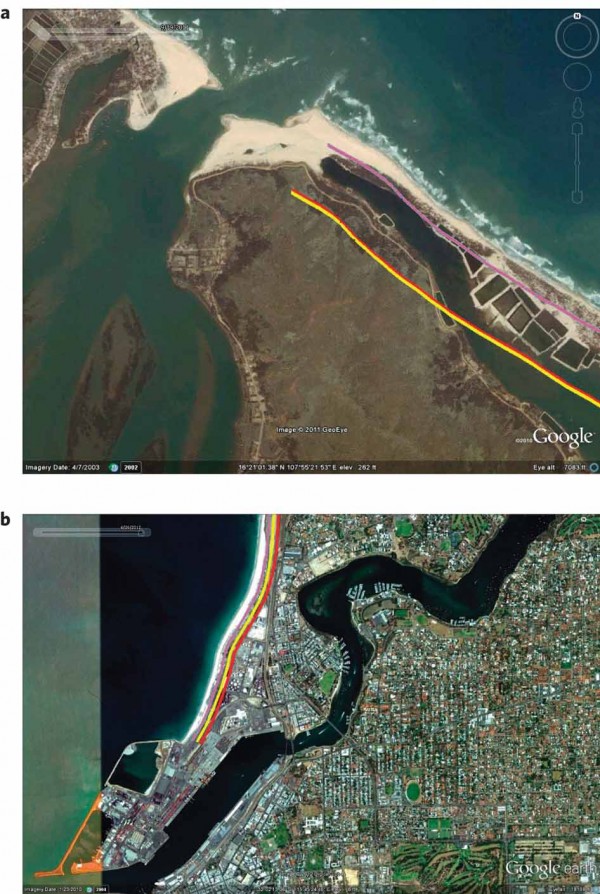 New model allows researchers to  produce much more accurate prognosis of coastline erosion due to rising sea levels. Coastal erosion can be calculated and predicted based on a given sea-level rise, by means of the so-called Bruun effect. With the model, it is possible to make accurate predictions quickly - within a few minutes - of how the coastline will develop in the vicinity of inlets as a result of rising sea-levels.

The new model was in turn applied to four different and representative coastal areas (in Vietnam and Australia). The research showed that only 25 to 50 % of anticipated coastline change in these areas can be predicted using the Bruun effect. The other processes that occur in the vicinity of inlets are of at least equal importance and coastline change in these areas as a result of rising sea levels has until now been strongly underestimated.

Coastal management projects will be able to benefit from this model by making a valuable contribution to coastal management and planning in practice. New model will provide rapid assessments of coastline change adjacent to small inlet-estuary/lagoon systems due to the combined effect of climate change-driven sea level rise and variations in rainfall and runoff. 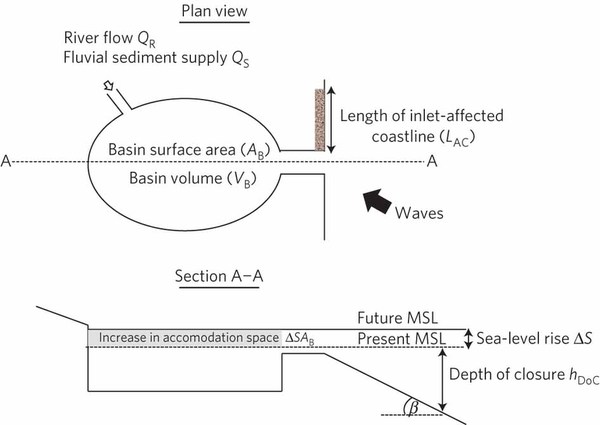