A flow of toxic mining waste which spilled into a main river in the city of Mariana, Minas Gerais state, Brazil on November 5, 2015, devastated the village of Bento Rodrigues and affected thousands of hectares of land and water has now reached the Atlantic Ocean, according to Brazil's environmental agency, Ibama.

The toxic flow has traveled at least 500 km (310 miles) through the Rio Doce since the event. The disaster has been proclaimed as the country's worst environmental catastrophe in history, as at least 11 people were confirmed dead, 15 went missing and hundreds of homes were devastated. 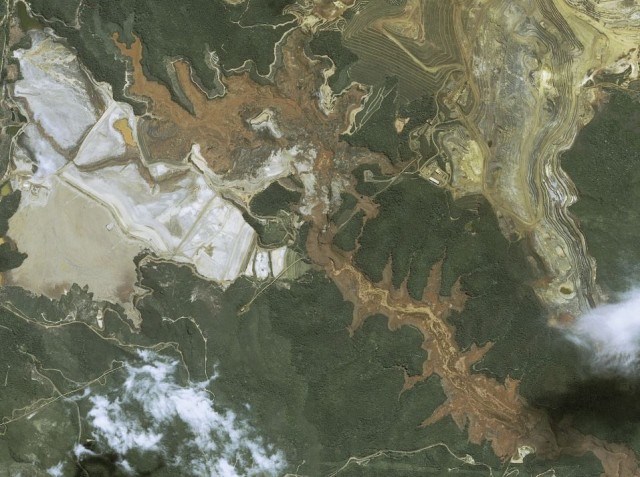 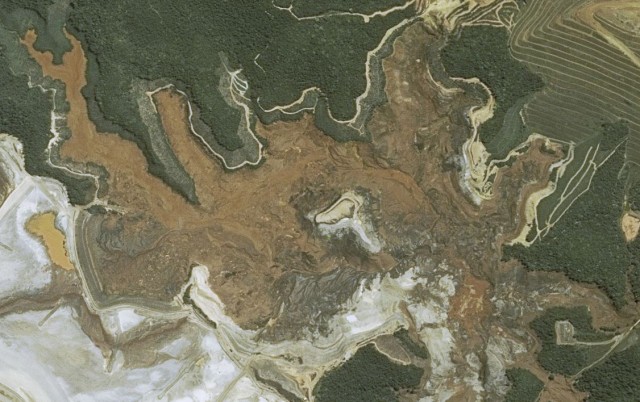 A zoomed in image of the failed tailings pond and the Fundao Dam site. Image credit: Airbus Defence and Space

According to newest reports, the Fundao Dam has filed completely and there is nothing left of the original structure. The images also show the almost complete removal of the levees marked B, C and D on the image above. Experts think the Fundao Dam collapsed first and triggered the collapse of the other levees.

The complete damage is still being assessed and according to Izabella Teixeria, Brazil's Environment Minister, it could take up to 30 years for the Doce basin to clean up.