USGS issued green alert level for shaking-related fatalities; there is a low likelihood of casualties. Yellow alert level was issued for economic losses. Some damage is possible and the impact should be relatively localized. Estimated economic losses are less than 1% of GDP of Peru. Past events with this alert level have required a local or regional level response.

Overall, the population in this region resides in structures that are vulnerable to earthquake shaking, though some resistant structures exist. The predominant vulnerable building types are mud wall and ductile reinforced concrete frame construction. 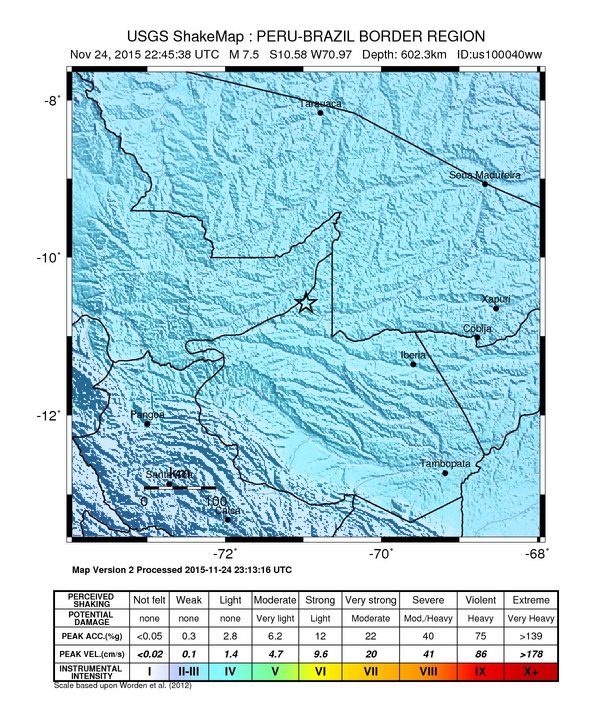 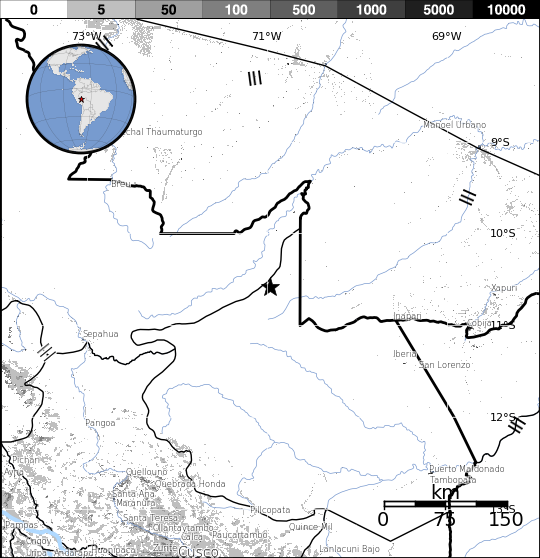 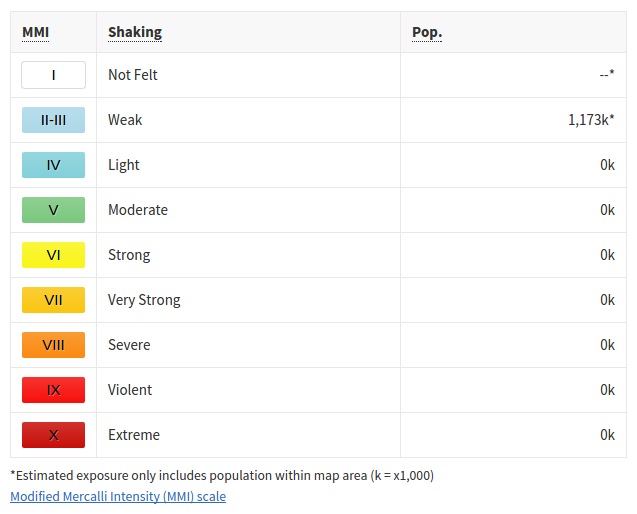 According to the USGS, both earthquakes occurred as the result of normal faulting at a depth of approximately 600 km (372 miles), almost 1 000 km (621 miles) east of the Peru-Chile Trench within the subducted oceanic lithosphere of the Nazca plate. Focal mechanisms indicate rupture occurred on either a north or south-southeast striking, moderately dipping normal fault. At the location of the earthquakes, the Nazca plate subducts to the east under the South America plate at a velocity of about 69 mm/yr.

The two events were separated by approximately 50 km (31 miles) horizontally – slightly more than typical location uncertainties of global earthquakes – and just 6 km (3.7 miles) vertically. They also had approximately the same focal mechanism. The latter earthquake was almost certainly triggered by the earlier event. Seismologists sometimes refer to a pair of similarly sized earthquakes that occur at nearly the same time and location as an earthquake "doublet."

As it descends eastwards from the Peru-Chile Trench off the west coast of Peru, the Nazca plate is seismically active down to depths of about 200 km (124.3 miles). Between depths of 200 km and 500 km (310.7 miles), where the Nazca plate subducts beneath eastern Peru, very few earthquakes are produced. Beneath Peru and Brazil in the border region near the November 24th earthquakes, the subducted Nazca plate is again seismically active between depths of about 500 km and 650 km (403.9 miles). The deep part of the Nazca plate, in which the November 24th earthquakes occurred, took 10 million years or more to descend from the point at which it initially thrust under the South America plate.

Earthquakes that have focal depths greater than 300 km (186.4 miles) are commonly termed "deep-focus" earthquakes, they cause less damage on the ground surface above their foci than similar magnitude shallow-focus earthquakes, but large deep-focus earthquakes may be felt at great distance from their epicenters.

Over the past century, 91 earthquakes with a magnitude of M7 or more have occurred at depths greater than 300 km globally; 13 of these were located in the same region as the November 24, 2015 events. The largest nearby event at these depths was the aforementioned M8.2 Bolivia earthquake. The most recent large event in the immediate vicinity of the November 24, 2015 events was a M7.0 earthquake in October 1990, 15 km (9.3 miles) to the southeast. 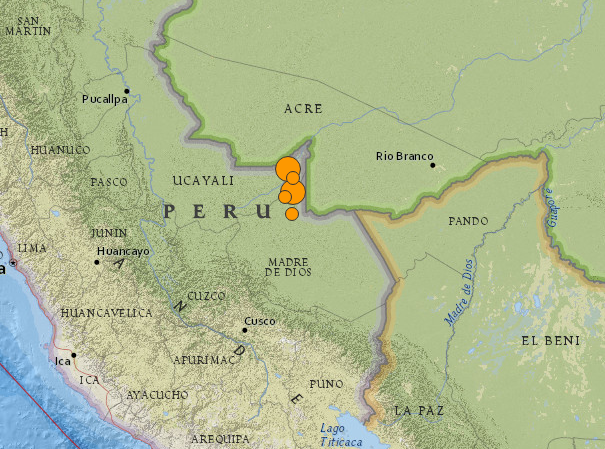