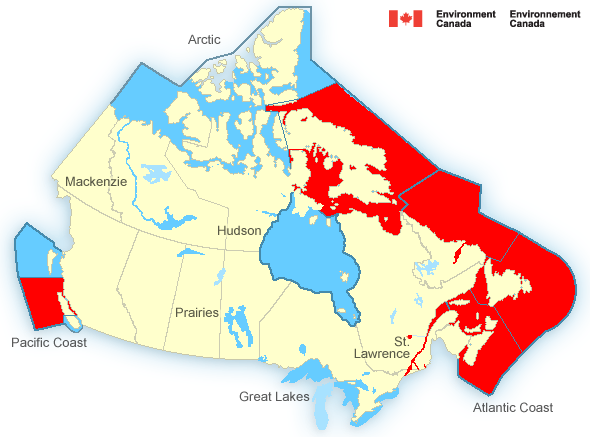 Thousands of salmon are expected to have been killed by a large gasoline spill that poured into Goldstream River during the weekend.

A Columbia Fuels truck smashed into the rock face and rolled, damaging the cab and one of the two tanks the engine was pulling. About 40,000 litres of gasoline are estimated to have been spilled and much of that flowed into the river at the side of the highway. The truck hit the rock wall beside a small waterfall that flows across the road to the river, and that helped move the gas. Gasoline is very toxic to aquatic life. 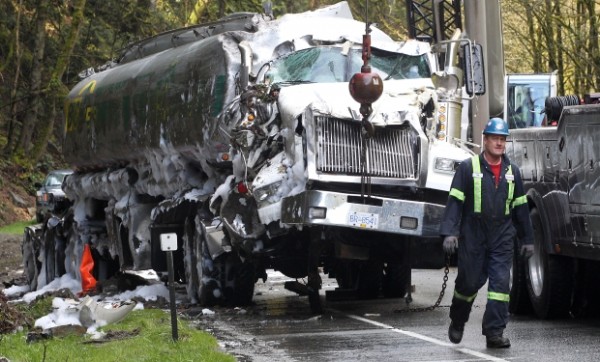 Ministry biologists, an oiled-wildlife specialist and staff from Environment Canada were on the scene Sunday conducting an assessment of the site. There was little apparent damage at the site itself, but as they moved downstream toward the estuary, they saw “hundreds” of dead fish in the water.

With that many visible to the eye, the number killed will be significantly higher, he said — likely in the thousands. Gasoline travels and kills quickly in water. The fish would likely have died as soon as the gasoline went into their gills. The ministry tries to collect the dead fish  so that other animals don’t eat them and potentially ingest contaminants. It’s unlikely the fish ingested the gas  although that will be reviewed.

Gasoline is more toxic to wildlife than other types of oil. The only positive is that being lighter, it evaporates quickly and breaks up. Crude oil is more persistent and difficult to cleanse from the environment. Small excavators were on scene Sunday at the dump site, removing the roadside soil. It will be replaced.

Gasoline is extremely flammable so nothing that could possibly ignite it could come near. Then firefighters sprayed a special type of foam that looks like a blanket snow on top of the gas. That forms a barrier so that the dangerous gas vapours are covered. While this is done, firefighters still have hoses at the ready until all the gas is covered with the foam.

Then came the slow process of removing the damaged tank and the truck cab. The cab was so compacted into the rock wall that it was difficult for the crane to get a grasp of it to pull it out. (TimesColonist) 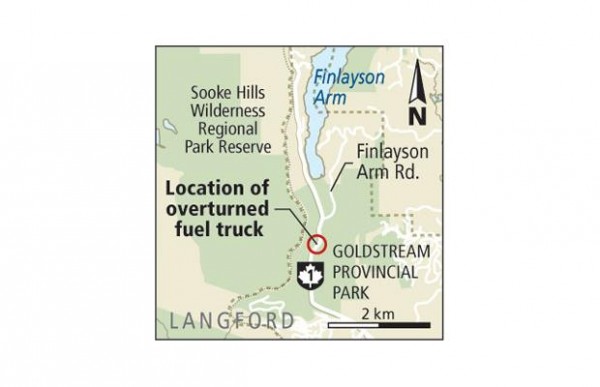