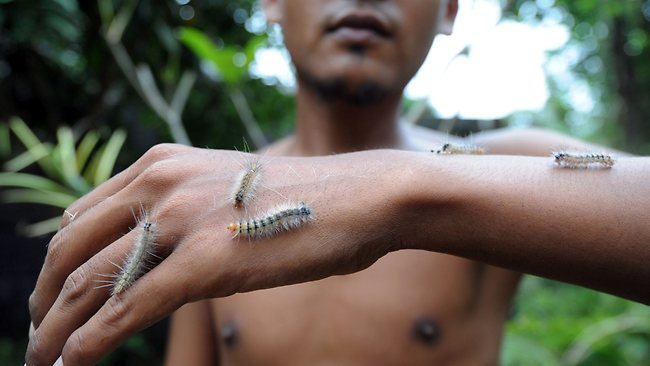 Most renowned Indonesia’s island Bali is under caterpillar attack in the past week. As a result, the local administration announced a state of emergency.

Bali’s capital Denpasar, as well as six other regencies (districts) of Buleleng, Jembrana, Gianyar, Klungkung, Tabanan and Karangasem have declared a state of emergency as caterpillars invaded the  island. The caterpillars, which are believed to belong to the moth family, were first recorded in Buleleng regency, and have since been spotted in Tabanan and Denpasar. Similar to the occurrence in East Java, Bali’s caterpillars aim at mango trees. In other regencies the caterpillars are less choosy and multiply in any old tree.  Each tree is taken up by between 100 and 1,000 caterpillars. In Buleleng, each tree is occupied by between 200 and 1,000 caterpillars.

The Bali administration suggested that caterpillar-eaters such as ants and birds are not collectively killed so as to restrict more caterpillars from increasing in amount. (VIVA) 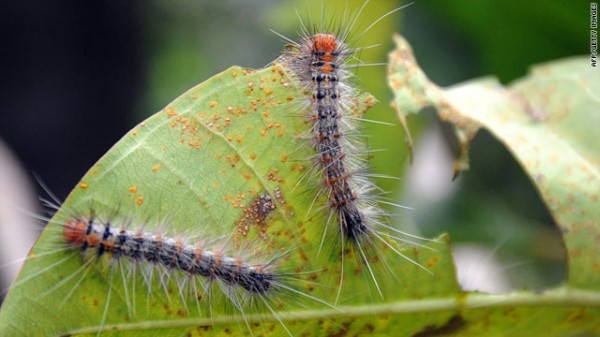 Thousands of hairy caterpillars have been found on 30 pine trees in Tanjung Duren Utara, West Jakarta. This is the first known caterpillar attack in Jakarta since the initial outbreak was reported in East Java two weeks ago. The head of the West Jakarta Forestry and Agriculture Office, Bambang Wisanggeni, said his office sprayed the trees with insecticides on Monday but they could not guarantee that the caterpillars plague would not spread elsewhere in Jakarta.

“The caterpillars are very disturbing. They crawl into the house and make our skin itch for days. They have long hairs,” resident Nurhayati said.

According to the Agricultural Ministry, the caterpillars do not harm crops. The government is currently observing the spread of the pest. The caterpillars were first found in some areas in East Java. Within days, similar attacks were reported in Bekasi, West Java and Buleleng, Bali.

Researches are still observing and finding out the main cause of the outbreak. It could be caused by migration or that the old habitat has been destroyed. Another assumption is a lack of natural predators such as birds. 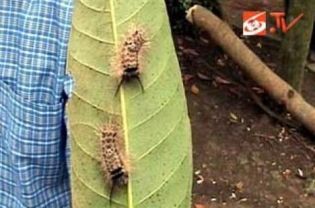