Evan peaked with wind speeds of 110 km/h (nearly 70 mph), causing major damage in the Samoan capital of Apia and leaving three people dead and seven missing. Evan left about 3 000 people in shelters. The system is expected to slowly strengthen before it affects Fiji on Sunday. 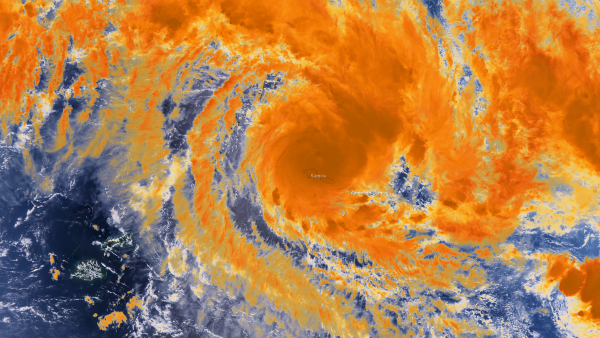 The video below shows the strength of winds that battered Samoa.

However, vertical wind shear has increaseTC "Evan"d slightly to moderate levels (20 knots). Over the past twelve hours, Evan has weakened slightly, and Dvorak current intensity estimates have decreased slightly to a range of 77 to 102 knots. The initial intensity is assessed at 90 knots based on an average of these Dvorak estimates. 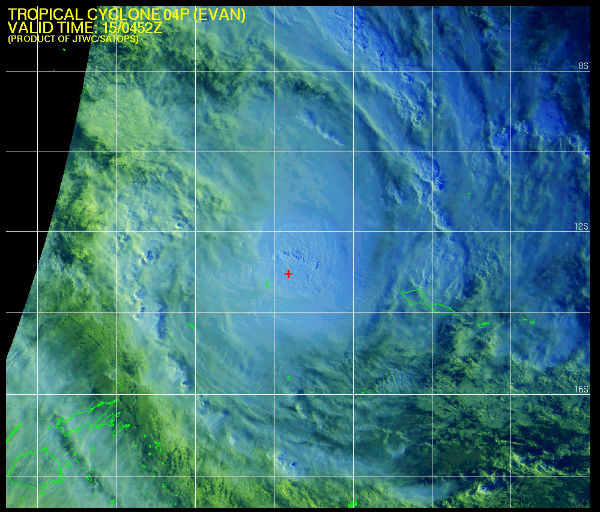 Evan is forecast to peak at 110 knots by the next 24 to 36 hours then gradually weaken due to land interaction and then undergo a more significant weakening phase due to cooler SST and strong vertical wind shear. 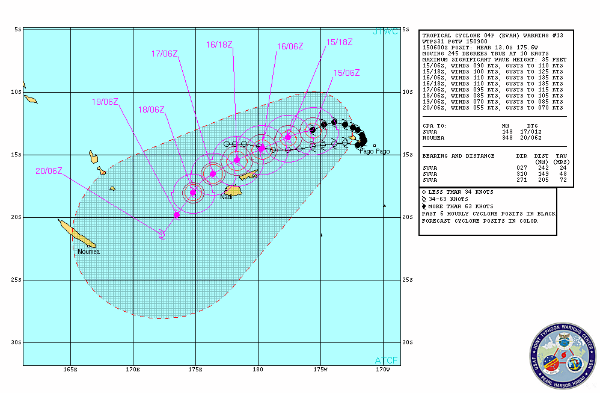 According to Fiji Meteorological Service, the center of Tropical Cyclone Evan (960 hpa, Category 4) was located near 12.6 S and 174.5 W or about 790 km east-northeast of Labasa or 980 km northeast of Suva, at 1pm DST Saturday, December 15. It is now moving towards the west-southwest at 30 km/h. The cyclone is still intensifying and may attain Cat 5 status in the next 24 hours to 48 hours. Close to the centre, maximum sustained winds are estimated around 90 to 100 knots (170 to 185 km/h). Damaging gales extend to about 185 km to the south of the cyclone centre.

TC Evan should move close to or over Wallis and Futuna from tonight until tomorrow morning and keep just to the north of Fiji throughout Sunday, December 16, still as a CAT 4 or possibly CAT 5. However, at this stage, it is anticipated to move over and along the Yasawa and Mamnuca groups by Tuesday. Damaging heavy waves/swells, generated by the combined effect of TC Evan and an intense area of high pressure to the far south of Fiji, are still expected. The resultant wave attack on our coastal communities, especially in Northern Lau, Taveuni, Vanua Levu and nearby smaller islands, as well as northern Viti Levu and Yasawa and Mamnuca, is expected to be severe. 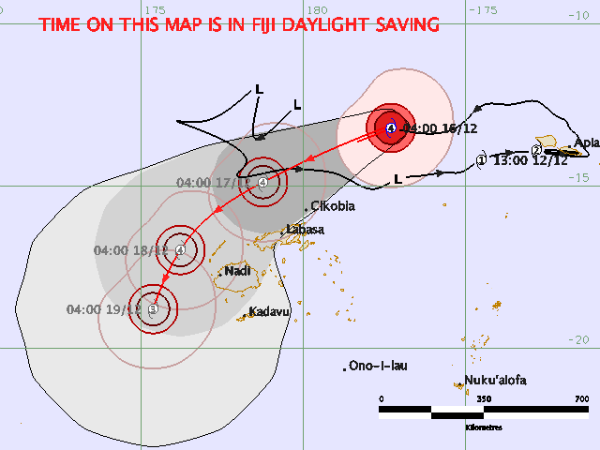 At this time, maximum sustained winds near the centre of the cyclone, whilst just north of Fiji, are anticipated to be around or above 170 km/hr with momentary gusts over 230 km/h. Rain will be frequent and heavy especially along and close to the track. Flooding including sea flooding of coastal areas is expected. Though the projected track of TC Evan has now shifted just to the north of Fiji, all communities in Fiji should still be prepared, heed warnings, and act responsibly, to avoid unnecessary loss of lives and/or property. 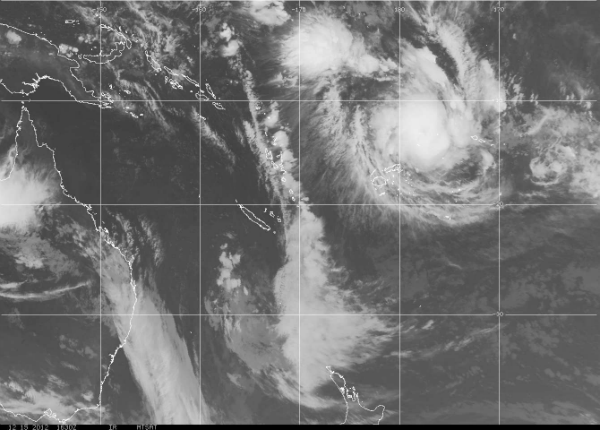 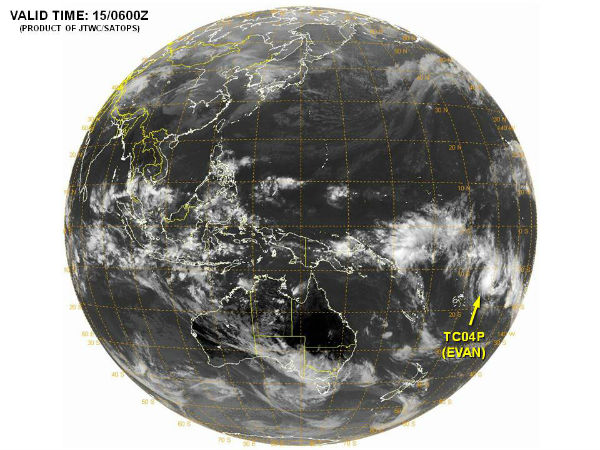