The system is tracking along the northern periphery of a subtropical ridge positioned to the south and through an overall favorable environment with warm sea surface temperatures, low vertical wind shear, and well established poleward and equatorial outflow aloft.

Interaction between the steering subtropical ridge and an incoming midlatitude trough from the west will result in a complex steering environment, JTWC forecasters said. 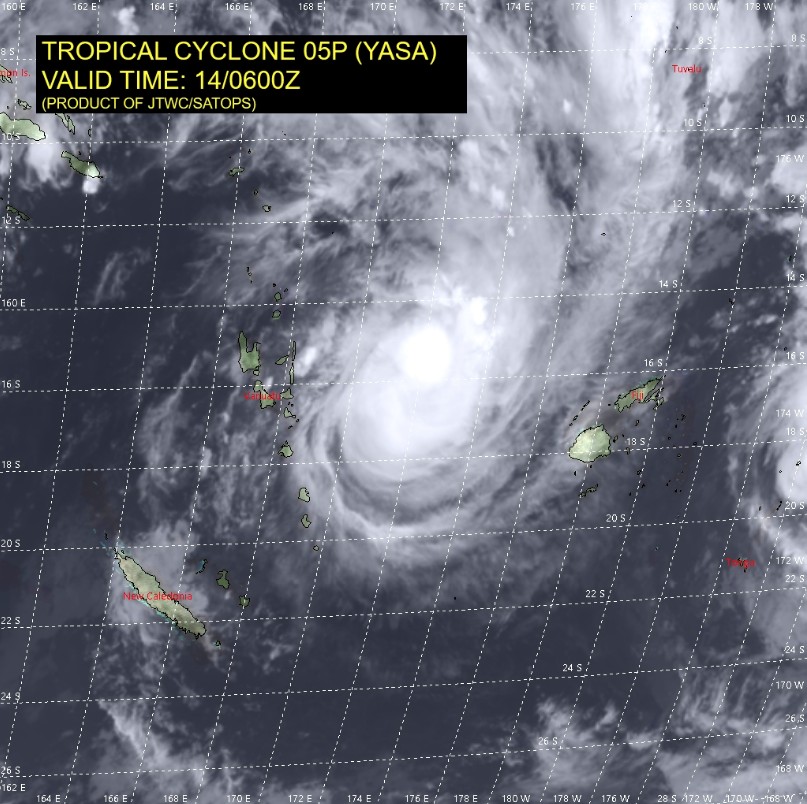 Over the next 12 hours, Yasa is if forecast to track generally equatorward as the steering ridge retreats to the west. By 09:00 UTC on December 15, the system will begin a generally eastward track as near-equatorial ridging to the north becomes the predominant steering mechanism.

During this initial track, Yasa will continue to intensify due to continued favorable environmental conditions. 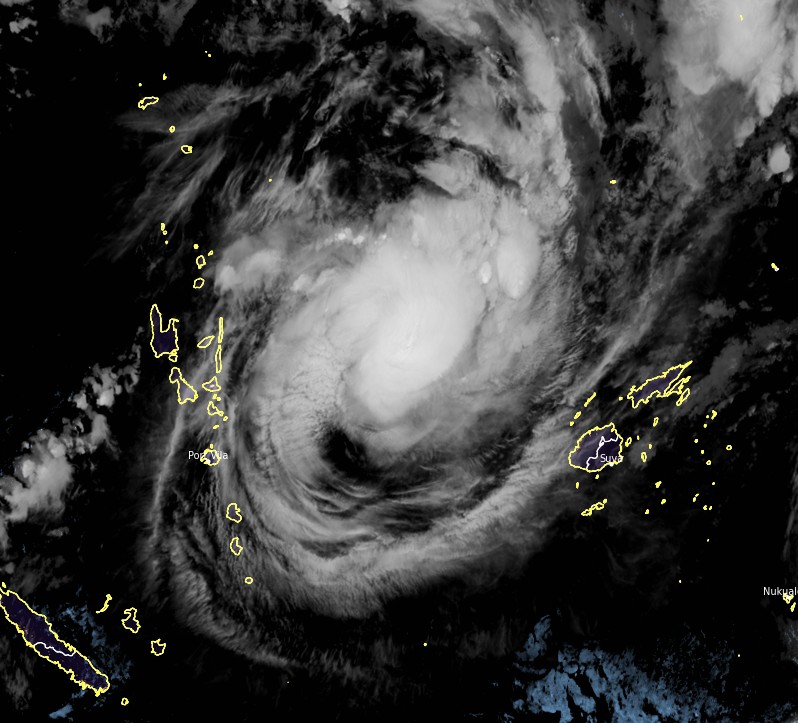 By 09:00 UTC on December 16, the system will reach an intensity of 185 km/h (115 mph) and begin to track generally southwestward thereafter along an extension of building subtropical ridge positioned to the southeast.

Yasa will then reach a peak intensity of 195 km/h (120 mph) by 09:00 UTC on December 17 prior to making landfall along the northwest coast of Fiji.

Interaction with the underlying terrain of the island and moderate vertical wind shear thereafter will weaken the system to 150 km/h (90 mph) by 09:00 UTC on December 18.