Tropical Cyclone "Lucas" formed over the Coral Sea on February 1, 2021, as the 5th named storm of the 2020/21 South Pacific Ocean cyclone season. The storm moved into the basin from the Australian region as a Category 2 tropical cyclone, to the northwest of Port Vila in Vanuatu.

The storm is forecast to continue moving southeast over the Coral Sea, passing approximately 300 km (185 miles) west of Vanuatu Islands on February 2 and 3 and possibly make landfall over New Caledonia on February 3.

Heavy rains are already falling over most parts of Vanuatu and New Caledonia and are forecast to continue over the next 48 hours, accompanied by strong winds and storm surge. 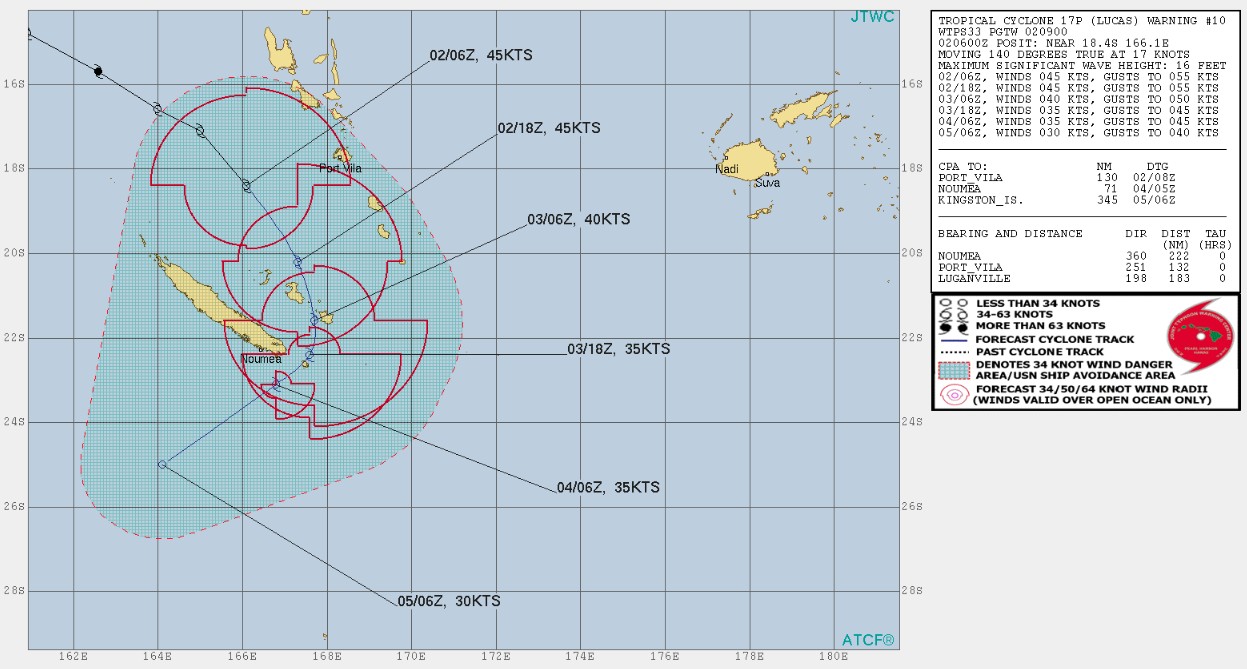 On February 1, the Vanuatu Meteorological Services have issued a tropical cyclone advisory and a severe weather warning for heavy rainfall for the central and southern islands of Vanuatu.

Weather warnings could remain active even after the system's immediate threat has diminished, as some areas may still be highly susceptible to rain-induced hazards. Localized evacuations are possible if weather conditions prove particularly hazardous.

Lucas will likely bring heavy rainfall, strong winds, and rough seas to coastal areas in New Caledonia and Vanuatu over the next 2 days.

Isolated heavy rainfalls with flash flooding are expected over low-lying areas and areas close to river banks, including coastal flooding over the Vanuatu group.

Seas will remain rough to very rough over all coastal waters with heavy swells expected.

People throughout Vanuatu are advised to take extra precautions. 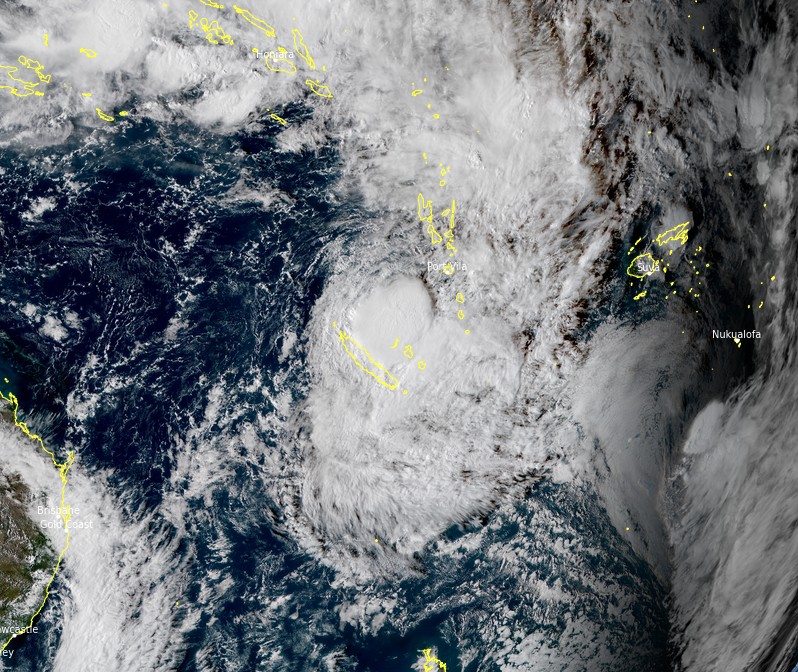 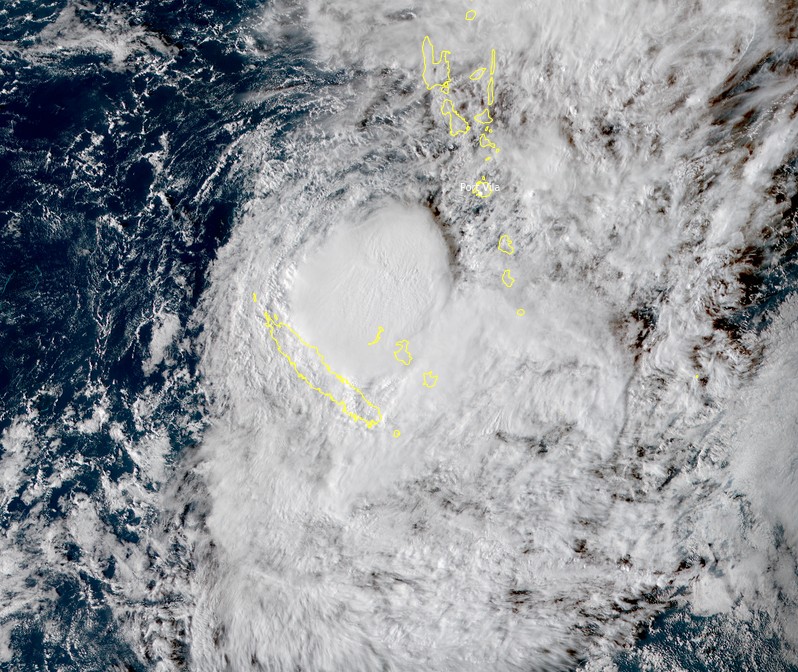 Severe Weather Warning for heavy rainfalls and strong inland winds remain in effect for the Vanuatu group. Marine strong wind warning is also current for all coastal waters of Vanuatu. 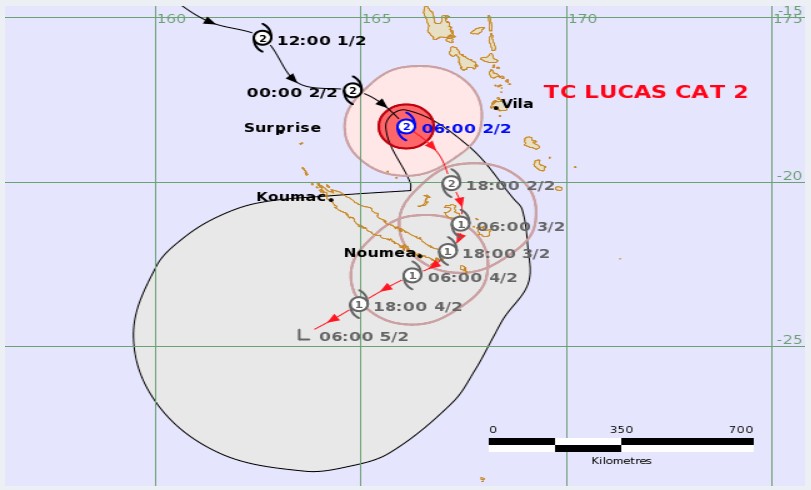 In the northern half, the rains will be moderate to strong from North to South, we expect 50 to 120 mm (2 to 5 inches) by Wednesday evening (LT).

The far north remains away from heavy rains.

The sea will become dangerous on the coast from this evening, February 2.

The extent of the degradation of the weather on the territory remains largely dependent on the speed of movement and the final intensity of the phenomenon.

Meteorologists are urging residents to keep themselves regularly informed.