Category 2 Tropical Cyclone "Ana" made landfall near Rakiraki, Fiji at 06:00 LT on January 31, 2021, and continued tracking SSE over the Central Division towards the Suva area. By 12:00 LT (00:00 UTC), Ana's center was located over the coast of Viti Levu, between Suva and Navua, heading towards Kadavu. The storm caused extensive damage and flooding, leaving at least 1 person dead and 5 others missing.

Destructive storm force winds with average speeds of 100 km/h (62 mph) and momentary gusts up to 140 km/h (87 mph) were battering Viti Levu, Yasawa and Mamanuca Group, the western half of Vanua Levu, Lomaiviti Group, Vatulele, Beqa, Kadavu, and nearby smaller islands and the Moala Group as the storm moved over. 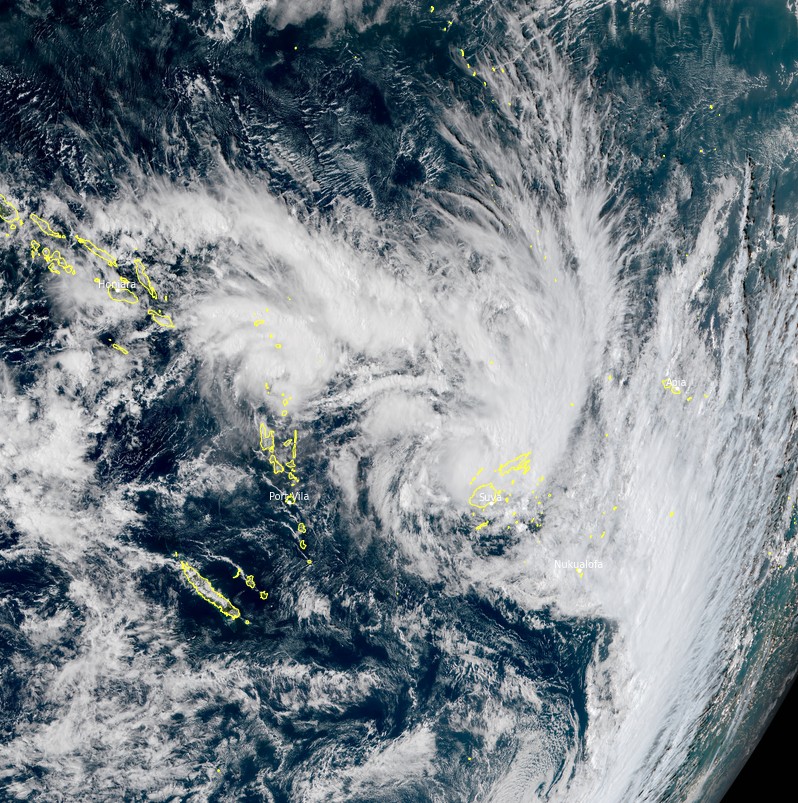 On Monday, February 1, authorities said more than 10 000 people were sheltering at 300 evacuation centers after Ana's passage over the main island of Viti Levu brought winds of 140 km/h (87 mph).

Extensive damage and flooding were reported across parts of the island, including the capital Suva. The main rivers have surged, flooding low-lying areas, closing highways, and causing power outages and landslides.

According to the National Disaster Management Office, a 49-year-old man had drowned, while 4 fishermen and 1 child are still missing.

Flooding of roads, villages, towns, and communities near streams, rivers, and low lying areas remains a threat to the Fiji Group as the system moves away.

Moderate to heavy swells and breaking waves reaching the coastal areas that can cause coastal inundation and sea flooding especially during high tide. Poor visibility in areas of heavy rain and thunderstorms. 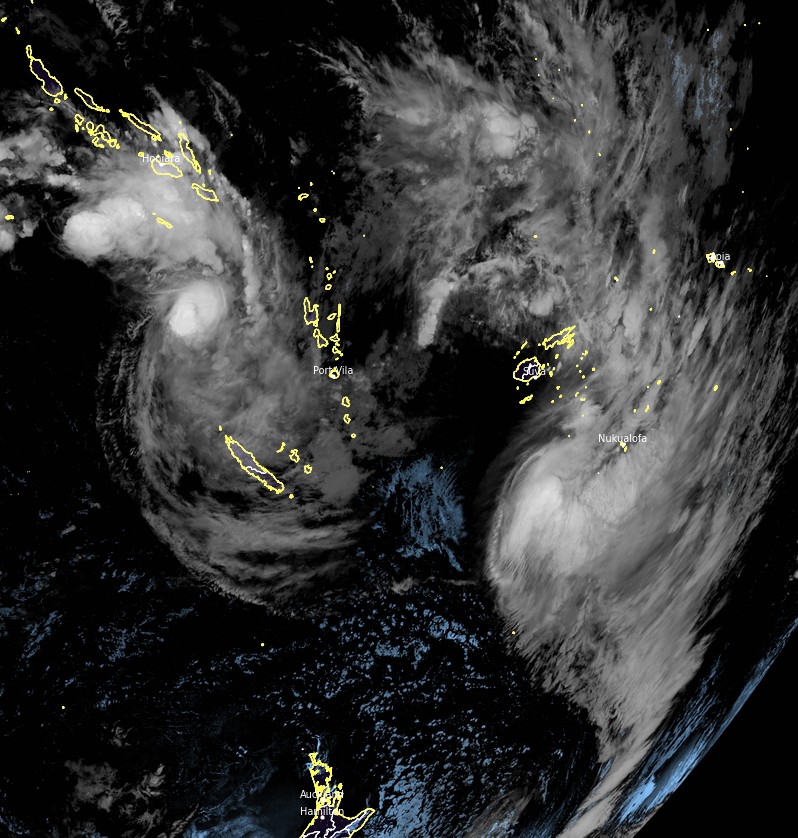 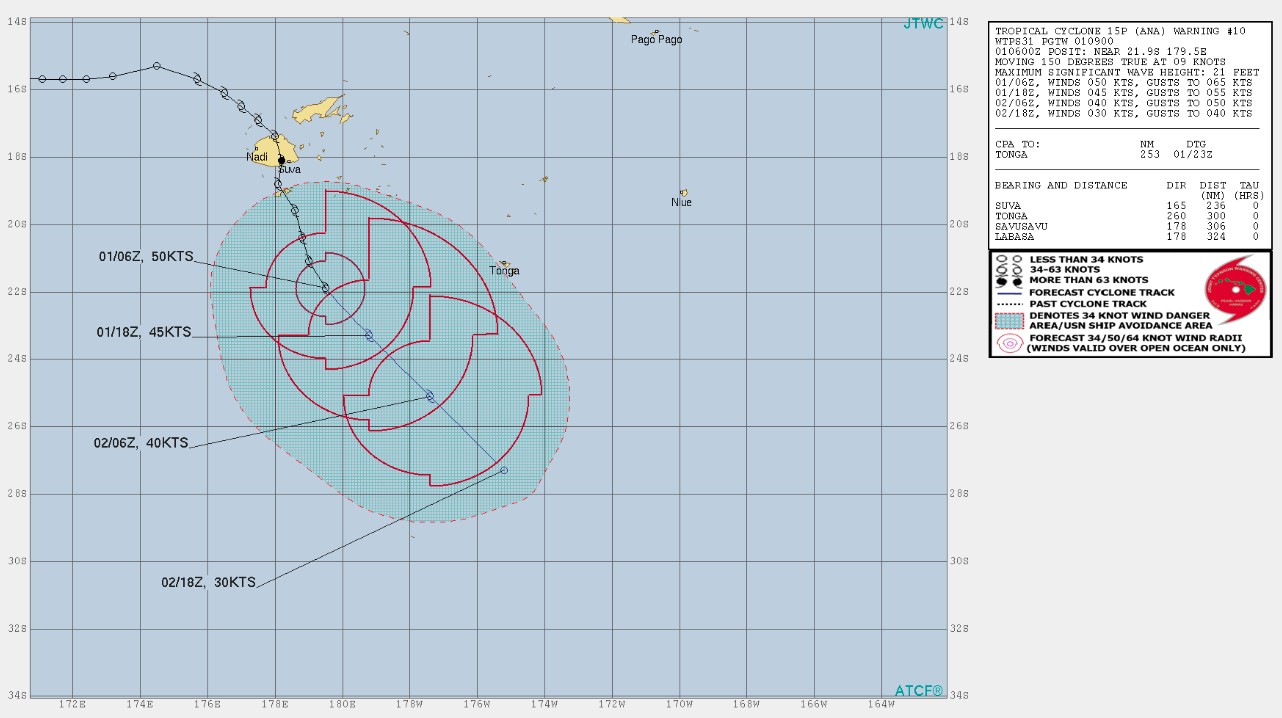 Flash Flood Warning a flash flood warning remains in force for all low lying areas and areas adjacent to small streams and creeks for Vanua Levu and low lying areas for areas along Naboutini through Rewa, Rakiraki to Ba in Viti Levu.

Meanwhile, another tropical cyclone — TD07F, briefly strengthened into Tropical Cyclone "Bina" and weakened back to a tropical depression at 06:00 LT today and further into a low pressure system by 09:00 LT while remaining to the far northwest of the Fiji Group.

The associated convergence zone is expected to bring gale-force winds up to 65 km/h (40 mph) gusting to 90 km/h (55 mph) and heavy rain over Vanua Levu, Taveuni, and nearby smaller islands, Lomaiviti and Lau Group, the Fiji Meteorological Service (FMS) said.