A new earthquake swarm started under the Cumbre Vieja volcano on La Palma island, Spain's Canary Islands on January 31, 2021. This is the second swarm of earthquakes in this area since December 23, 2020, and 8th since 2017.

Of the numerous seismic events detected since the swarm started at 04:11 UTC on January 31 to 17:59 UTC on the same day, 96 of them have been located by the Canary Island Seismic Network in La Palma.

The quakes are taking place on the western slope of the volcano at depths between 15 and 20 km (9 – 12 miles).

The maximum observed magnitude was 1.8. 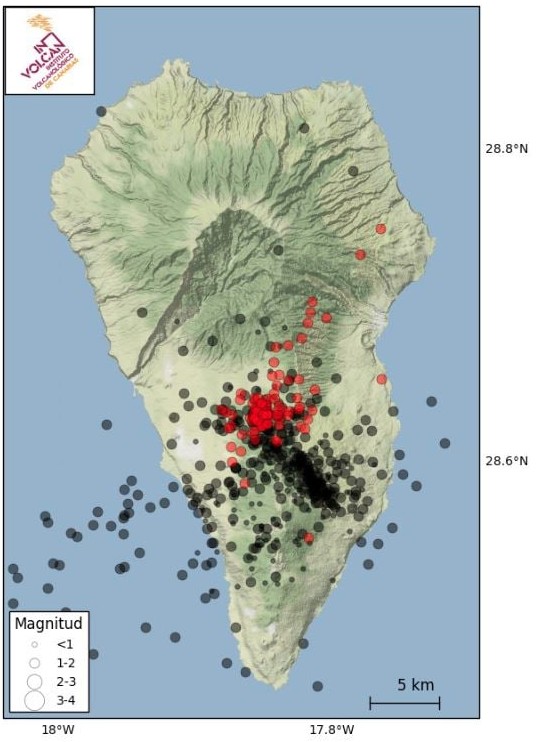 The figure shows the epicenters of the new earthquake swarm in red color and seismicity during the last 3 years in black. Credit: INVOLCAN

This new seismic swarm poses no danger to residents and visitors to La Palma given the small magnitudes and depths of earthquakes, INVOLCAN said.

The alert level remains at GREEN – continue your activities normally, know your physical environment and learn what to do in case of a change in volcanic activity.

In the short and medium terms, no significant change in volcanic activity is expected.

There have been no significant horizontal and vertical shifts detected through the Canary GPS Network in La Palma in recent years; therefore, no deformation of the ground has been observed at the volcano.

The occurrence of events of this type in an active volcanic zone is within normality and does not present any risk to the population, IGN experts said.

Regarding the geochemical program for monitoring the volcanic activity of Cumbre Vieja, it is worth highlighting the observation of significant changes in the diffuse emission of hydrogen into the atmosphere by the Cumbre Vieja volcano linked to recent seismic swarms, as well as an increasing trend in the diffuse flux of carbon dioxide at the LP04 geochemical station. 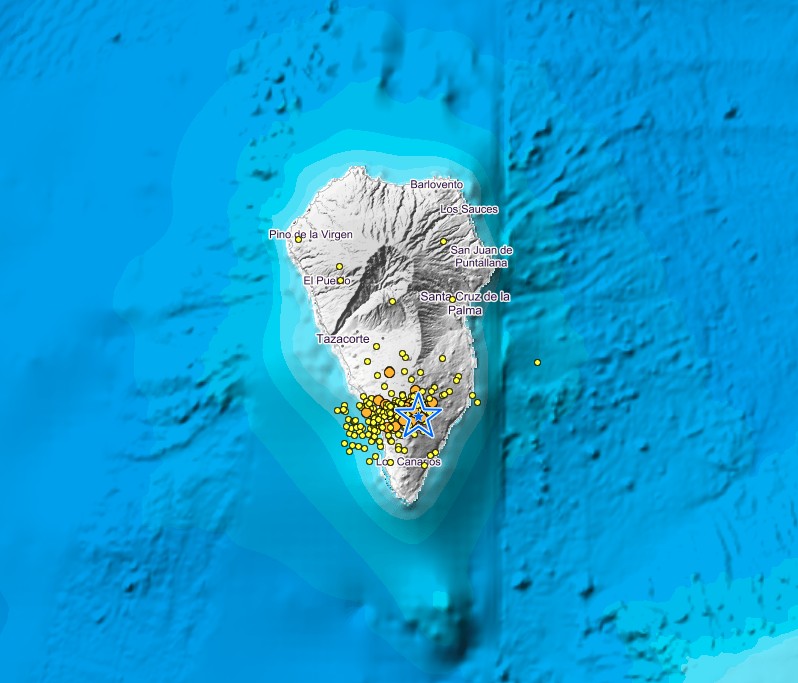