A large and dangerous Tropical Storm "Krosa" is heading toward Japan, bringing heavy rain and strong winds. Landfall is expected in southern Shikoku around midnight UTC, August 15. This will be the third tropical cyclone to hit mainland Japan after Nari on July 27 and Francisco on August 6.

Animated multispectral satellite imagery shows a broad system with a ragged, exposed low level center and a thick band of deep convection to the south that is now fragmenting. 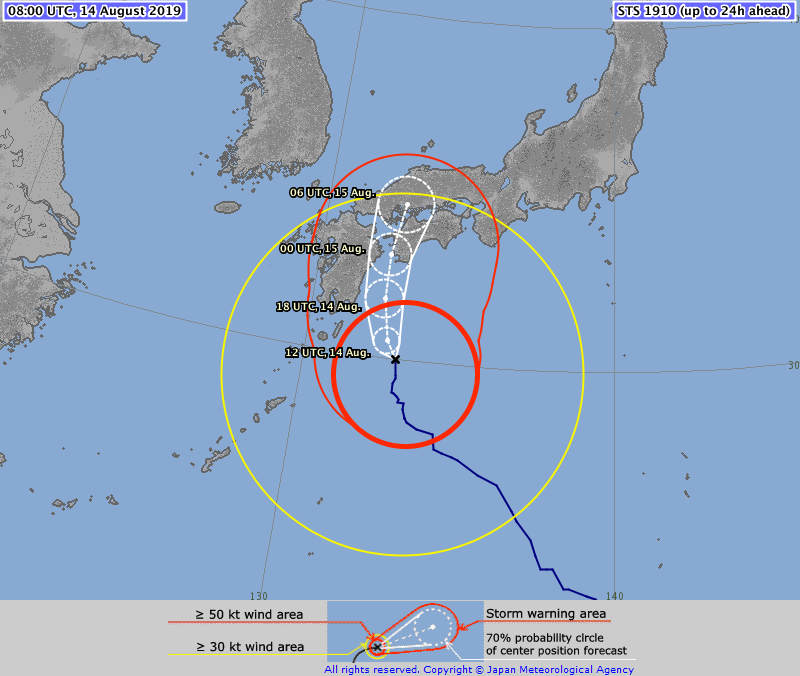 Over the next 24 hours, Krosa will continue on its current track and then recurve poleward. 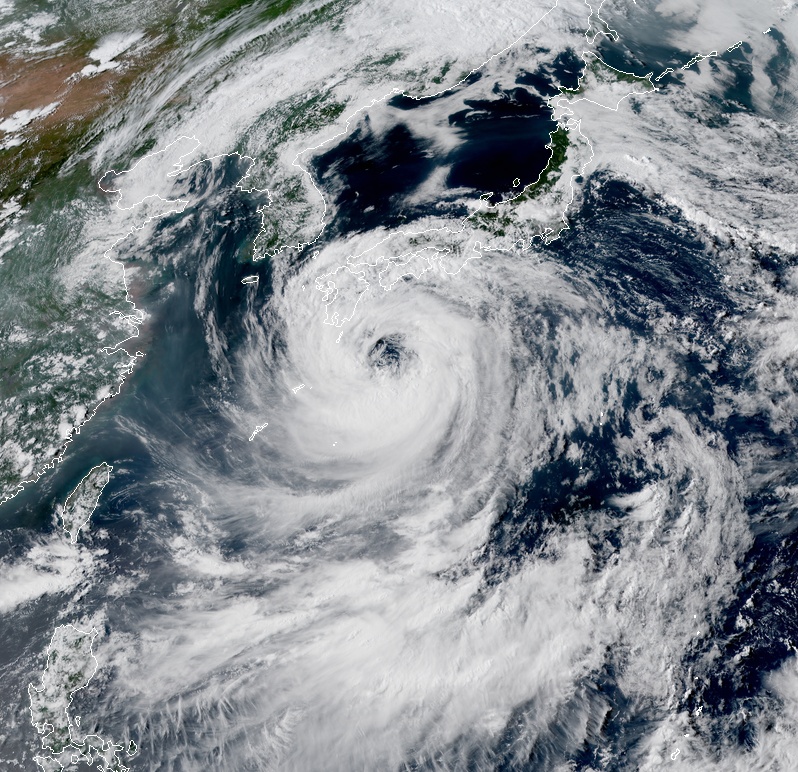 Landfall is expected around midnight UTC on August 15.

This is a large and dangerous tropical cyclone, expected to affect millions of people. The worst is expected across Kinki, Shikoku, Kyushu and Tokai.

JMA expects winds of up to nearly 110 km/h (68 mph), with gusts reaching 160 km/h (100 mph) in the southern part of the Kyushu region through Wednesday. The officials also expect waves of up to 10 m (33 feet) off the Shikoku region. 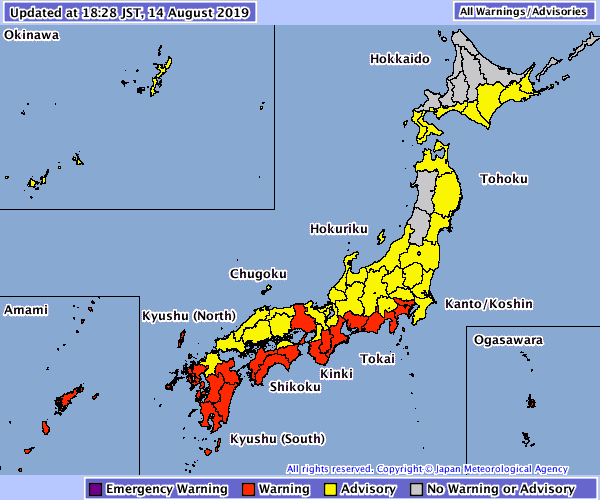