Tropical Storm "Sergio" is weakening as it quickly approaches the coast of Baja California Sur. Rainbands continue to spread over the peninsula and the northwestern Mexico state of Sonora, NHC said. On the forecast track, the center of Sergio will make landfall in the Pacific coast of Baja California Sur later this morning and them move over mainland northwestern Mexico by Friday morning, October 12.​ 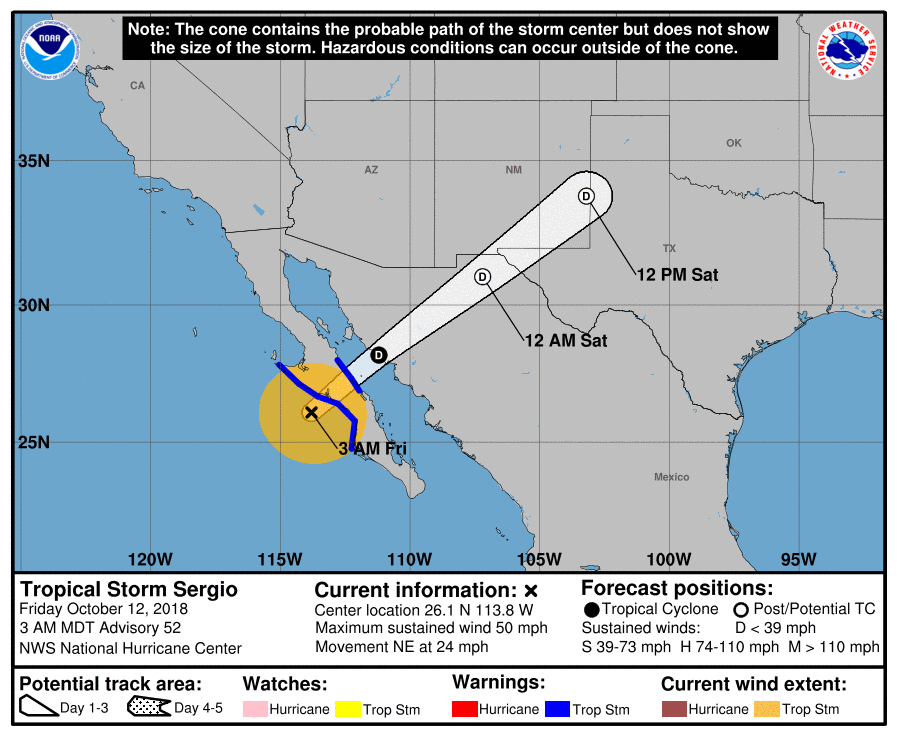 On the forecast track, the center of Sergio will make landfall in the Pacific coast of Baja California Sur later this morning and them move over mainland northwestern Mexico by Friday morning, October 12.

Michael's NW motion is expected to continue during the next day or so.

Gradual weakening should continue today, but Sergio is still forecast to reach the central Baja California peninsula as a tropical storm and then weaken to a tropical depression, and degenerate into a remnant low while moving over the northwestern Mexico state of Sonora. Dissipation should occur Saturday night (MDT), October 13 or Sunday, October 14. 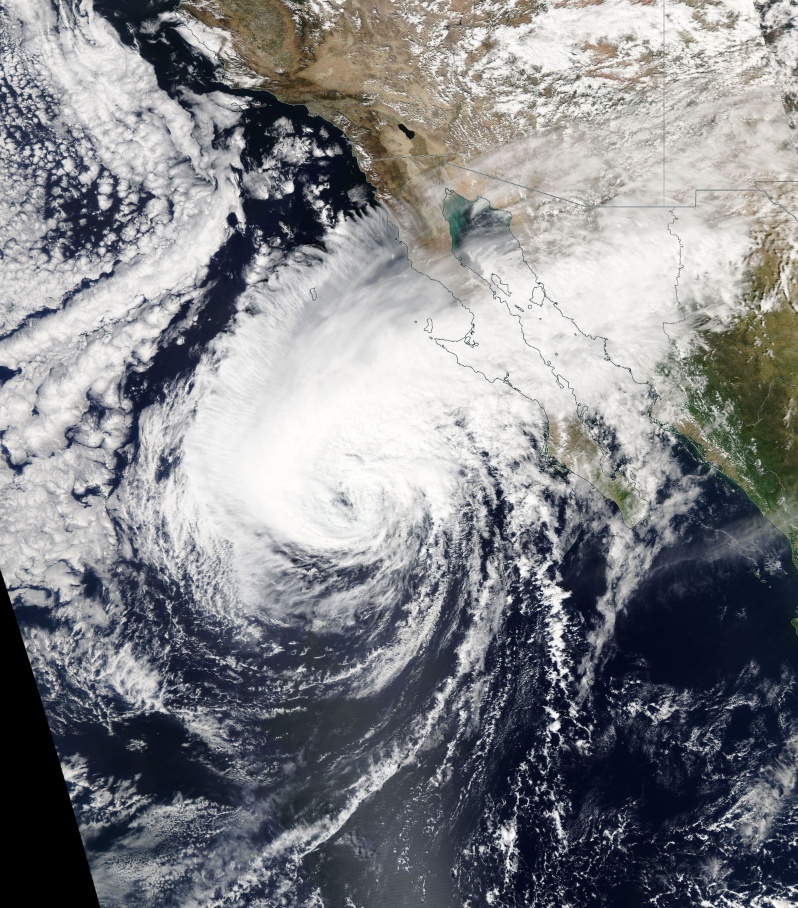 Sergio is expected to produce total rain accumulations of 75 – 127 mm (3 to 5 inches), with isolated maximum amounts of 203 mm (8 inches) over Sonora and the central peninsula of Baja California through Friday. This rainfall could cause life-threatening flash flooding and mudslides in mountainous terrain.

Moisture from Sergio will affect the United States, with total rain accumulations of 25 – 75 mm (1 to 3 inches) from southeast Arizona and southern New Mexico toward the southern Plains through Saturday. This rainfall could cause life-threatening flash flooding.

Tropical storm conditions are expected in the warning area along the western coast of the Baja California peninsula later tonight, and these conditions will spread to the east coast of the peninsula tonight or early Friday. Gusty winds could reach the coast of mainland Mexico late Friday.

Swells generated by Sergio will affect much of the Baja California peninsula for the next day or two, likely causing life-threatening surf and rip current conditions.