The Japan Meteorological Agency raised the alert level for the Kuchinoerabu volcano in Kagoshima Prefecture from 2 to second highest level of 4 at 01:30 UTC (10:30 JST) on Wednesday, August 15, 2018. This volcano is located on the Kuchinoerabu Island in southwestern Japan, some 1 000 km (620 miles) SW of Tokyo. Its last eruption took place in 2015.

The decision to raise the alert was made due to 26 volcanic earthquakes detected within just a few hours. The largest was M1.9 at a depth of 5 km (3.1 miles) in almost the same location as a similar pre-eruption quake that struck 3 years ago.

JMA warned that eruption could be powerful enough to cause serious damage to the island's residential area.

Level 4 alert means that elderly and disabled people should be evacuated and everyone else should prepare to evacuate. This is the first such warning for this volcano since May 2015 when a powerful eruption forced the evacuation of all of the island's 100+ residents and dozens of tourists.

In April 2018, JMA reported that a low-temperature thermal anomaly persisted near the W fracture in Kuchinoerabujima Shindake crater. No eruptions have occurred at the volcano since June 19, 2015, and deflation had been recorded since January 2016, JMA said. 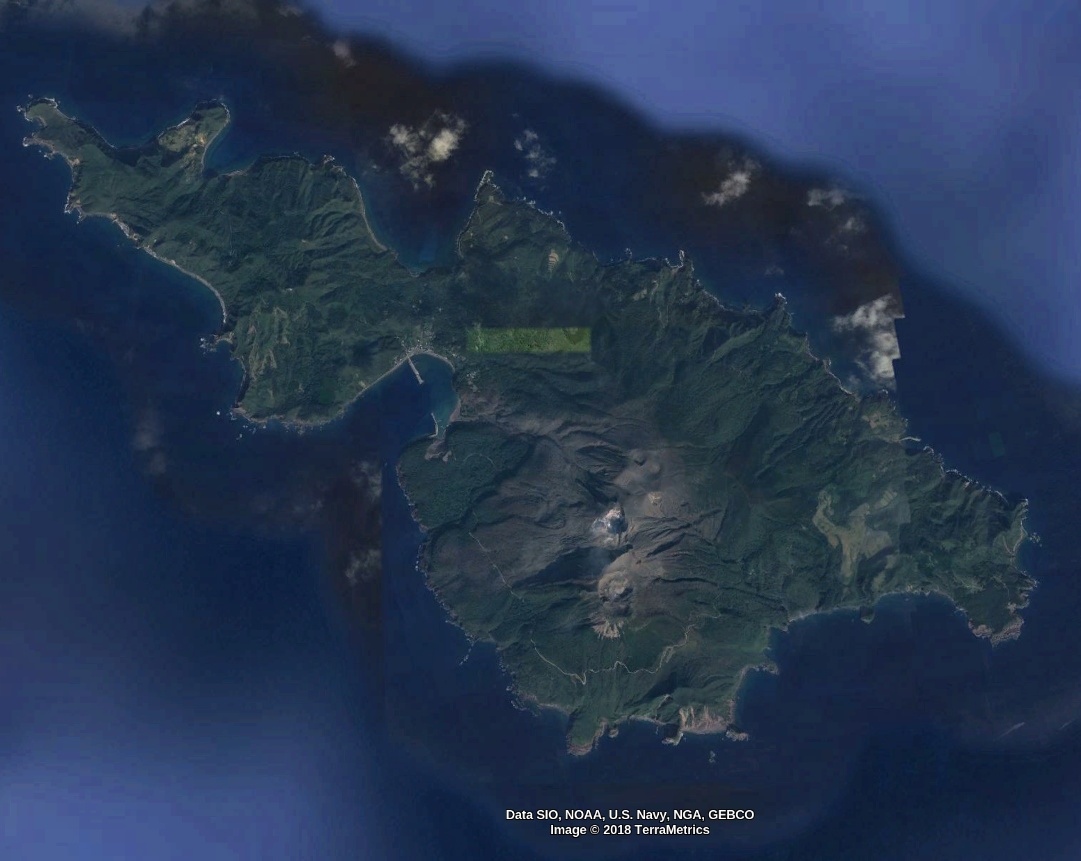 On May 29, 2015, an explosive and phreatomagmatic eruption at Kuchinoerabu generated an ash plume that rose 9 km (29 599 feet) above Shindake Crater's rim and drifted ESE. Pyroclastic flows descended the SW flank and reached the coast on the NW flank. Volcanic earthquakes increased after that event, but then decreased around 1 300. The Alert Level was raised to 5 (the highest level on a 1 – 5 scale). 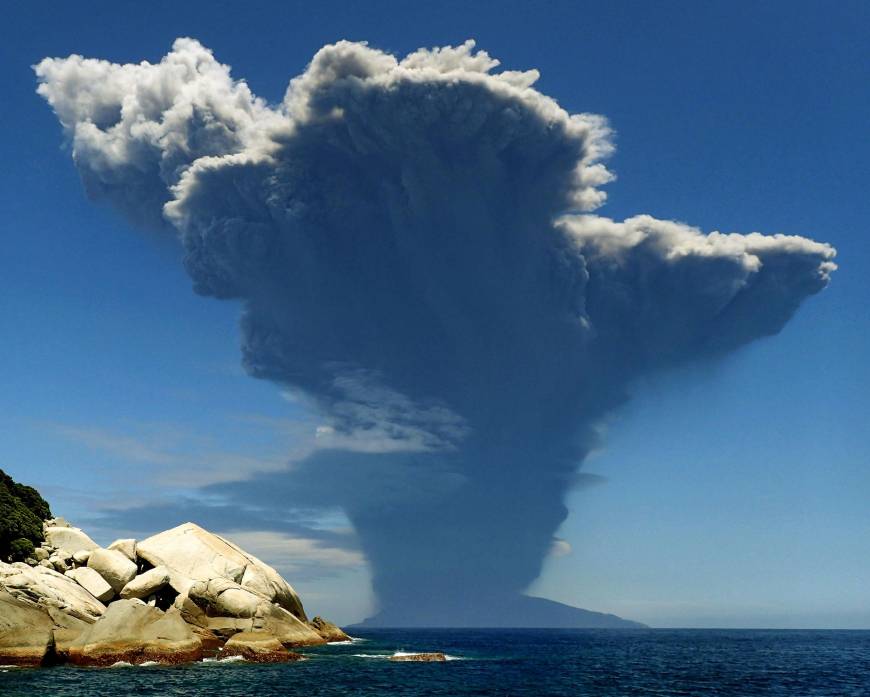 The eruption of Kuchinoerabu volcano on May 29, 2015. Image credit: Itaru Takagu/Kyodo

According to local media, there was no warning prior to eruption. All residents and visitors (137 – 141) were safely evacuated by a ferry to neighboring Yakushima Island. Later that day ash plumes rose 200 m (650 feet) and drifted SW. Scientists conducted an overflight and confirmed pyroclastic flow deposits on the NW and NE flanks.

Ash plumes continued to be emitted the next day, rising as high as 1.2 km (4 000 feet). A field team observed discolored trees on the SE and SW flanks, and fallen trees near the coast on the NW flank. Cloud cover prevented views of the eruption area, but the team was able to confirm continued fumarolic activity from a crack in the W part of the crater as well as incandescence.

A group of young stratovolcanoes forms the eastern end of the irregularly shaped island of Kuchinoerabujima in the northern Ryukyu Islands, 15 km (9.3 miles) west of Yakushima.

The Furudake, Shindake, and Noikeyama cones were erupted from south to north, respectively, forming a composite cone with multiple craters. The youngest cone, centrally-located Shintake, formed after the NW side of Furutake was breached by an explosion.

All historical eruptions have occurred from Shintake, although a lava flow from the S flank of Furutake that reached the coast has a very fresh morphology.

Frequent explosive eruptions have taken place from Shintake since 1840; the largest of these was in December 1933.

Several villages on the 4 x 12 km (2.5 x 7.4 miles) island are located within a few kilometers of the active crater and have suffered damage from eruptions.