Tropical Storm "Bebinca" continues dropping heavy rain on the Chinese island of Hainan and neighboring region. Its first landfall is expected over the Leizhou Peninsula in the South China Sea, Guangdong Province on August 15 and the second in northern Vietnam on August 17. 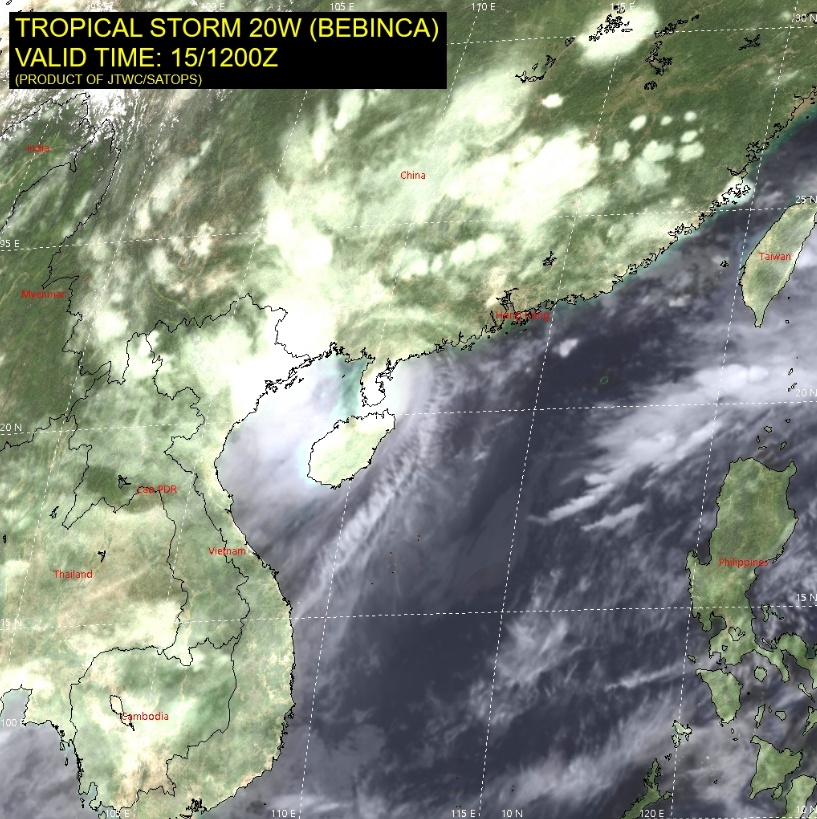 China's national observatory issued a yellow alert (2 of 4) and suggested local governments to prepare for possible disasters. Ships in affected areas were suggested to return to port and residents along the typhoon's path to stay indoors.

After passing over the Leizhou Peninsula over the next 12 hours, Bebinca will enter lower vertical wind shear opening a favorable period for intensification (24 – 36 hours) before making landfall in northern Vietnam around 12:00 UTC on August 17.

Bebinca is the 15th named storm of the 2018 Pacific typhoon season.