The typhoon is expected to drop more heavy rain on regions devastated by unprecedented rain and major floods less than a month ago when more than 224 people lost their lives.

The Japan Meteorological Agency (JMA) warns residents to remain vigilant against further landslides and flooding and to be prepared to evacuate when advised.

The typhoon had winds of 126 km/h (78 mph) near the center and central pressure was 965 hPa at the time, according to the JMA.

Areas along the Pacific coast may get more than 80 mm (3.14 inches) of rain per hour, JMA said, urging residents who are called to evacuate to do so quickly.

"We want people especially in the downpour-hit regions to pay close attention to the evacuation advisories," JMA's head of weather consultation center said, as reported by The Japan Times.

Over 410 domestic flights had already been canceled, along with ferry services from Tokyo to nearby islands.

The typhoon has already disrupted electricity services in Tokyo and surrounding prefectures, including Chiba, Kanagawa and Tochigi. 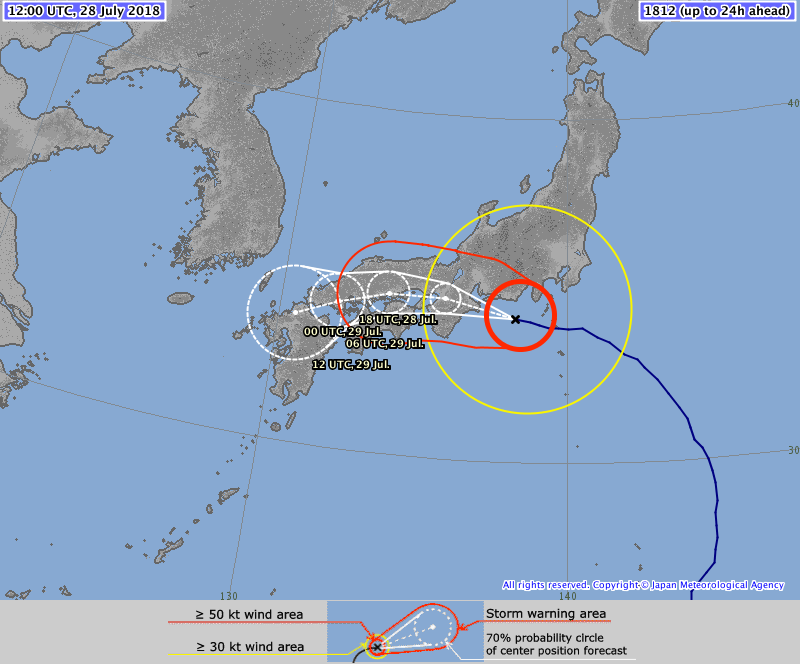 After making landfall, the typhoon will likely slow and take an unusual turn to the west, the agency said.